As inevitable as death, it must be said, the new killer robotic dog arrives, this time of Russian origin. He has a rocket launcher on his back, and it's absurd to even talk about it. 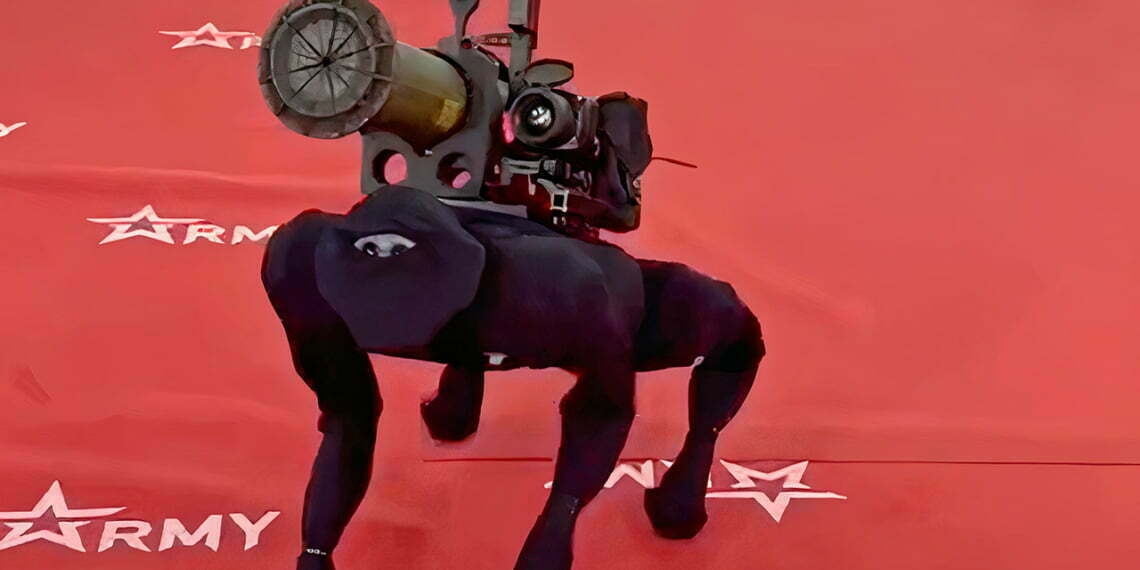 in Military, Robotica
⚪ Reads in 3 minutes

Second Newsweek, a robot dog with a rocket launcher was exhibited at an ongoing arms exhibition in Russia. The video of the dog on display has already been retweeted thousands of times.

I've seen something like this in recent months: from the "simple" ones who perform routine activities to those able to climb stairs, or patrol the borders with Mexico (chilling). And I did not hide the horror when I saw the first, unavoidable military uses, with a fully armed robot dog presented last year by Ghost Robotics. Remember it? There he is.

Now, just as inevitable, an upgrade arrives: from rifle to rocket launcher the step is short.

This time the new iteration of the killer quadruped comes from Russia, and is heralded as "autarchic". It causes conflict in Ukraine and related sanctions, in fact, the Russian forces seem to have designed the weapon only with their own materials, forces and technologies.

There is not much information available aside from the video and the peeked comments in the Russian media. Apparently, the robotic dog is equipped with an RPG-26 anti-tank rocket launcher. It is unclear whether the dog's optical sighting device helps automate the shooting process.

A robotic dog in a 'ninja' version. Because?

The M-81 was presented on a stage and not in an open area (as happens when you want to show an operational weapon). For this reason, as you will have seen in the video, he just took two steps and lay down: autonomy? Check? It is not known.

Not even Vladimir Putin himself, who over the years has never been stingy with presentations on the subject of futuristic Russian weapons, mentioned the contraption. Not that it reassures you that much.

One detail above all, however, makes us reflect: this M-81 has a sort of "dress" that covers its entire frame. We are used to seeing these quadrupeds in all their features, so we ask ourselves: what is this Russian quadruped hiding?

According to the site The Drive, shape and proportions of the Russian robotic dog are reminiscent of a similar robot produced by the Chinese technology company Unitree Robotics. An attempt to cover up a collaboration with China, or to cover up the fact that Russia is trying to "screw up" a new weapon by modifying standard components taken from elsewhere?

Whatever the scenario, I don't like what I see. I expected it, but it's always bad to see: for me they are images of a nightmare, pure and simple. And I hope they are not also a premonition.