The hygroscopic technology behind these water panels can forever change the inertia of the global shortage of drinking water. 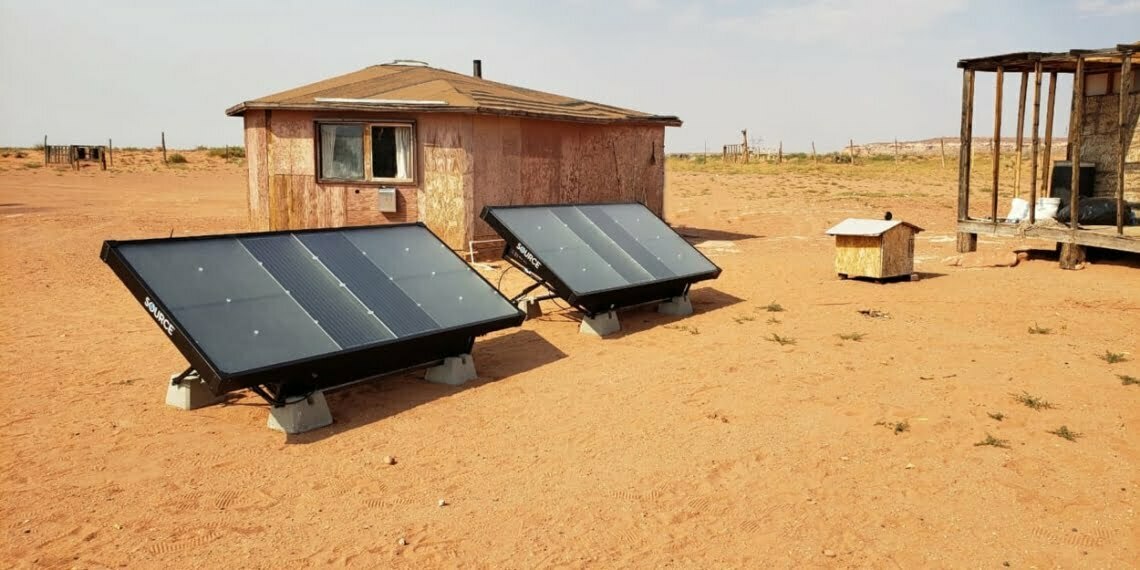 Water is one of the most urgent issues of our generation and also one of the most difficult challenges for humanity: providing it healthy, clean, drinkable to those who do not have it and at the same time not wasting it, preserving the planet's resources.

According to the World Health Organization, in 2025, half of the world population will be in a water stress situation. In summary, within just 3 years, half of the women, men and children on earth will have no water available!

And today it's not much better anyway. Nearly 800 million people they still do not have access to drinking water and, with the drought we are experiencing and the intensification of global warming, deterioration is practically inevitable.

We fell behind. Far behind.

Cody Friesen, Professor of materials at Arizona State University, he is sure of it: on the subject of water, “we are stuck in the Roman era”. He is not all wrong: a lot of infrastructures to bring thedrinking water they have serious problems between water dispersion and lead contamination.

MIT's 'Magic Suitcase' can desalinate seawater with just one click

This is why he applauds a solution that I also find innovative: the "hydro panels". These are panels that make it possible to produce water from the air: being able to “scale” this solution on a global level could really solve the problem of the supply of drinking water. Because in fact it would make it an easily renewable resource.

The keystone for these 'hydroelectric' panels is only one, simple and in its own way definitive: they do not depend on weather conditions.

How do hydroelectric panels work?

The technology used for these panels is called hygroscopy, which means that the material absorbs water vapor. We could compare the work of a panel to that of rice, which has a strong hygroscopic power and absorbs water vapor, preventing the salt from getting wet, for example.

The water vapor is then condensed and converted into water thanks to the heat of the sun: the Source, a company founded by Friesen has even tested them in the Sahara desert. Each single panel can produce (and make potable) 5 liters of water per day. But we are not in the testing phase: these panels are already operational.

We need a final 'shot'

In Arizona, hundreds of private homes already take advantage of the action of 500 water panels. Since 2018, 40 of these panels have brought water to Kenya, where access to safe water is very difficult. In total, 52 countries have already activated 450 separate projects for hydroelectric panels.

The feeling is that the only "deficit" for this technology at the moment is that of awareness. What if we realized that plumbing panels are really THE solution to making drinking water more accessible?

It is worth thinking about it seriously, because if the WHO is right we only have 3 years before we have very, very serious problems.