The Xiaomi android anticipates Elon Musk's Teslabot but not the advent of "home" robots. Here's everything you need to know about CyberOne. 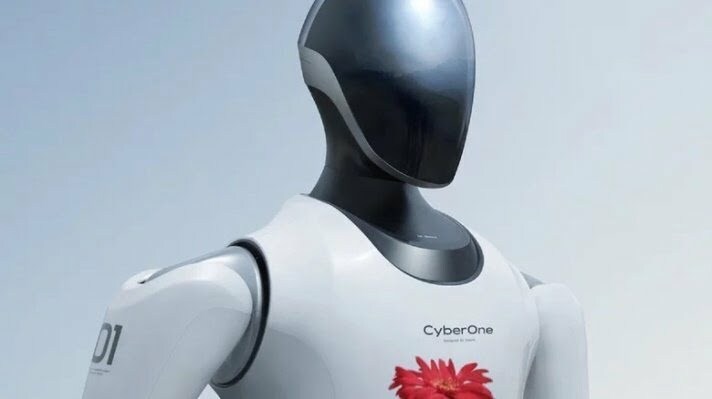 in Robotica, Technology
⚪ Reads in 3 minutes

Once upon a time there was the 'keynote', that event in which a Big in technology used to present “simply” a new phone or another PC-like device. The presentation event that Xiaomi organized in Beijing today had other projects.

Okay, he also unveiled a new foldable phone, and these are products still in their infancy, but everything paled when he took to the stage CyberOne.

And who is it?

CyberOne is a bipedal humanoid robot who joined the stage today at Lei Jun, CEO of Xiaomi, on the stage of today's presentation. I will tell you: I was not particularly impressed (think of the scenes that Boston Dynamics has already accustomed us to, such as those that have the robot Atlas to be the guest star). Cyberbot walks as if he has been seized with a sudden bout of diarrhea.

It's not a good start, but at least he's a real robot, not a guy dressed in a spandex jumpsuit like in the antics that Elon Musk organized to present the future “Teslabot”.

CyberOne: Are you serious, guys?

We have seen several consumer companies exhibit “robotic muscles” in events like this, (in addition to the aforementioned Testa there are also giants like Samsung and LG). This is why it is not easy to say where CyberOne falls on the spectrum between serious research and absurd spectacle.

Lei Jun sheds some light on our doubts by explaining that the company is investing heavily in robotics. "CyberOne's artificial intelligence and mechanical capabilities are all developed in-house by Xiaomi Robotics Lab. We have invested heavily in research and development in various areas, including software, hardware and algorithm innovation."

It would therefore seem so. It would be serious. So let's take a look at it, go. What is this young man doing?

With its Mi-Sense depth vision module and related AI interaction algorithm, CyberOne is able to perceive 3D space. The module allows him not only to see and recognize individuals, gestures and expressions, but also to process the surrounding environment.

In fact, to communicate with the outside world, CyberOne uses an engine that recognizes the "semantics of the environment" and an engine that identifies the emotional states from the voice. Thanks to the latter, it recognizes 85 types of environmental sounds (doors opening, rain, approaching cars, etc.) and 45 types of human emotion.

In summary? From what was said in the Xiaomi presentation, CyberOne detects happiness or anger, and can even detect moments of sadness by comforting the user.

The possible applications of CyberOne

I honestly don't know how to quantify them at the moment. What can a 'surrogate' for a human being do? From servicing the company, through to services and production, a robot can do it all. At least the robot that has lived in the dreams of engineers for over a century.

And CyberOne instead? Here the thing changes.

I am sure that in his case too there is a long way to go. Consider him a grown big brother of Asimo, Honda's little android. Promising experiment advertising a brand's technologies. For everything else we will see in the future.