A Chinese and Singaporean research team creates a neuron that could form the nucleus of a new, highly efficient brain-computer interface 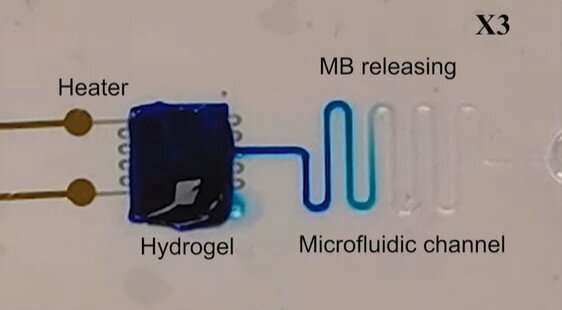 A multinational research group including scientists from China and Singapore has developed an artificial neuron that can communicate using the neurotransmitter dopamine. The researchers published their creation and intended uses in the scientific journal Nature Electronics (here the link).

As the scholars observe in the paper presented, most of the brain-computer interfaces it relies on electrical signals as a means of communication: generally one-way signals, which are read and interpreted by the brain.

In the new study, the researchers took a step towards the realization of a brain-computer interface capable of communicating in both directions and above all not based on electrical signals, but through chemical mediators.

An artificial neuron for the dawn of a revolution

The artificial neuron created by the team is made up of a single, very thin sheet of graphene (carbon atoms) and a carbon nanotube electrode (again, essentially, a 'sheet' of carbon atoms rolled into a tube).

A sensor capable of detecting the presence of dopamine and another device, called memristor, which is instead capable of releasing dopamine, was then added to this first structure. How? Using a heat activated hydrogel, connected to another end of the artificial neuron.

The tests in the laboratory

The researchers tested the communication ability of their artificial neuron by placing it in a petri dish with some brain cells collected from a rat.

In tests, the scientists were even able to activate a small sample of a mouse's muscle, sending dopamine to its sciatic nerve.

Just like brain cells do, the memristor can be programmed to generate and send different amounts of dopamine depending on the application.

The reduction of this technology to a light system is not conceivable at the moment: the authors of the study themselves recognize that their configuration is rather cumbersome.

Already today, however, in its current form it could be used in a prosthetic device.

And tomorrow, at the right size, it could change brain-computer interfaces forever.