There are many science fiction films that have made the wrong predictions. Here are 10 for you, complete with videos. 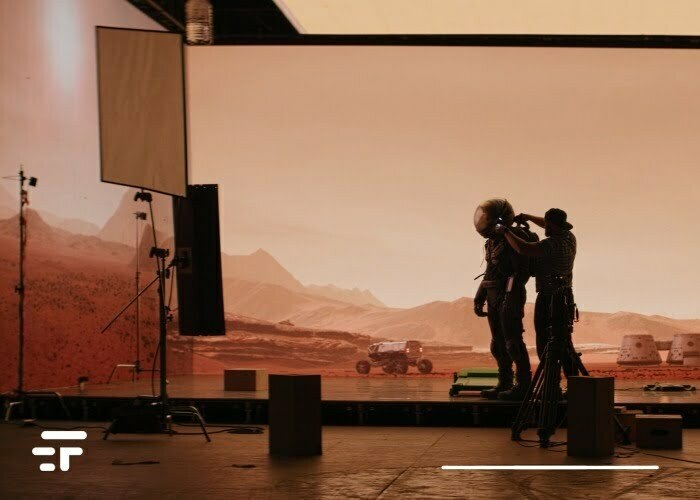 When it comes to cinema, the future is often associated with science fiction: an essential element of this form of art since its inception. Who among us does not remember the image of the spacecraft crashing "into one eye" of the moon, in the film based on the novel by Jules Verne of 1902, “A trip to the Moon”? Later, in his 1927 film "Metropolis", Fritz Lang created a vast urban landscape of Art Deco skyscrapers crisscrossed by flying cars and monorail trains. “Metropolis” is set in 2026, a few years from now. We can say with certainty that Lang's predictions will not come true.

And I'm in good company: there are many films that have made the wrong predictions. Here are 10 for you. . (There is also a video, if you want to see it: and we take the opportunity to tell you to subscribe to the new Futuroprossimo youtube channel! We are preparing others.)

In 2019, the film "Blade Runner" shows a gloomy and eerie Los Angeles with huge digital billboards, smoking industrial chimneys and huge pyramids surrounded by cars buzzing in the night sky. Sure, downtown Los Angeles has developed a lot over the past 40 years, but none of that.

Yet, something more advanced today is there: in one scene, Deckard (Harrison Ford) makes a video call with Rachel (Sean Young) that seems almost ridiculous: our smartphones are much more advanced than that kind of relic used in the film: )

Again Los Angeles, this time on August 29, 1997. In "Terminator 2" that day even a real Apocalypse is staged. Its direct consequences are not shown, because the film takes a leap forward two decades, but you can guess what happened. The city has been reduced to a gray desert strewn with rubble, skeletons and twisted steel. Sarah Connor (Linda Hamilton) explains that three billion people died on Judgment Day, victims of a "nuclear fire" triggered by an evil artificial intelligence called Skynet.

Thankfully, on August 29, 1997, there was none of this. Oh God, I point out an event: that day Kibble was born. Doesn't that tell you anything? Well, after a few years she would change her name to Netflix. In other words: Judgment Day was only for DVDs. At the moment. But if you consider that someone is warning us that artificial intelligences are indeed becoming sentient, perhaps we should take a little warning.

Michael Radford's "1984" is the film adaptation of George Orwell's hugely popular novel. Like the book, the film depicts an authoritarian superstate called Oceania that covers Great Britain, Ireland, the Americas, Australia, New Zealand and a large swath of southern Africa.

Guess what year it takes place? Exactly. The protagonist, Winston Smith, is a humble worker in the Ministry of Truth in this country ruled by Ingsoc, a totalitarian regime that operates under the slogan “War is peace. Freedom is slavery. Ignorance is strength ”. Inspired by Nazi Germany and the Soviet Union, Ingsoc controls the population with several extreme measures, including the Thought Police, a police organization that uses microphones, televisions, informers and other surveillance tools to eradicate "mental crime".

Fortunately, as of 1984 there was no nation called Oceania. There was not even the thought police, nor the concept of "mental crime". Still, the fear is that the predictions of "1984" are getting closer and closer to a form of reality, between newspeak abused by the media and politicians, and widespread use of "electronic snoopers" in the form of computer Trojans.

We would almost be tempted to say that this film has guessed its predictions. After all, hunger, climate change and overpopulation are all problems of these years, but not to the extent represented in “Soylent Green”. A 1973 film that imagined the New York of 2022 (in Italy it came out with the title “2022, the survivors”) as an arid and dystopian infernal landscape. The preamble of the film outlined the general state of humanity concentrated beyond belief in cities: dirty and dysfunctional megalopolises where hunger and injustice are rampant.

Ok, let's seriously compare the film with reality. The New York of "Soylent Green" is populated by over 40 million people. Today it hosts "only" 18,8 million inhabitants. In the film, massive overpopulation strains the food supply, forcing New Yorkers to eat synthetic foods. There are combinations, it's true: the "synthetic" food industry is growing and could be worth 10 billion dollars by 2028, but at least it's not made with humans (I'm sorry if I spoiled something, but after 50 years I feel authorized to do so).

I'll make it short: today's reality TVs have not yet degenerated to the point of showing a real murder. However, in the 1987 film "The Running Man" (In Italy "The implacable") a 2017 with shows of this kind was expected. Paul Michael Glaser's film depicts an American police state in which alleged criminals are maimed and killed on television to distract people from government tyranny and continuing social dysfunction.

Show host Damon Killian (Richard Dawson) is very happy to tell about the inmates' suffering. But when he introduces contestant Ben Richards, a muscular big boy who has been unfairly framed, he finds out about him. Richards, you know, is played by Arnold Schwarzenegger: need I say more?

“2012” by Roland Emmerich is a funny catastrophic film about the Mayan prophecy that was supposed to come true on December 21, 2012, the final date of the 5.125-year Mayan calendar. Some have speculated that this date meant the end of the world: a sea of ​​books and debates revolved around us for a long time, only to realize that perhaps we had misinterpreted it.

Nonetheless, none of this has stopped Sony-Columbia from spending around $ 200 million on a film that shows the destruction of nearly all of the world's famous monuments, both natural and man-made. In its own way, a liberating spectacle.

Global Infertility (The Children of Men)

"Children of Men" is a 2006 film set in 2027, and describes the results of two decades of human infertility. A phenomenon that has destroyed most of the world and reduced the UK to a war zone. The protagonist is Theo (Clive Owen), a cynical bureaucrat enlisted to help a resistance movement fighting against the tyrannical police state that rules over there.

Director Alfonso Cuaron has been praised for his compelling sequences, in an English capital just more sloppy than today.

Apart from this aesthetic note, the forecasts of the film did not hit the target: already in 2006, the year of the film's release, the British Office for National Statistics estimated that the British population would increase from 60 million in 2006 to 65 million in 2016. 70, and 2028 million in 2022. And we are going even stronger: in 68,2 the UK population is already at XNUMX million.

If he had known, Clive Owen would have saved himself a lot of trouble.

Based on the short story "All You Need Is Kill" by Japanese author Hiroshi Sikurazaka, "Edge of Tomorrow" (in Italy "Senza Tomorrow") is about a hostile alien invasion in the year 2015. Beneagurante, if you consider that it is out in 2014! The film follows Major William Cage (Tom Cruise) as he navigates a time loop and continually fights large battles against aliens who seem to know all the moves ahead of time.

Thankfully, we made it through 2015 without being invaded by aliens, and no army deployed troops wearing elaborate battle suits. More than anything else uncomfortable: in the film they did not carry hand weapons, but they were inside a sort of rather uncomfortable exoskeleton. Could this be why they are killed for most of the scenes?

Our 20s are seeing the beginning of a new space race, driven by the commercial sector rather than NASA. On July 11, 2021, Richard Branson, CEO of Virgin Galactic, climbed up there. on 21 July of the same year it was the turn of Jeff Bezos, the father of Amazon.

Pages of history, but nothing compared to those that describe space tourism in the film "2001: A Space Odyssey". There are manned flights to Jupiter, the largest planet in the solar system. We've already sent 9 spacecraft to that planet today, but they were tiny compared to the Discovery One spacecraft seen in the film.

I believe the technology will have to improve dramatically before Kubrick's predictions come true.

In “Back to the Future, Part II”, Marty McFly finds himself in 2015, where he attends a movie theater with a holographic billboard of “Jaws 19”. The hologram moves forward and almost bites it! At the time, the film "The Shark" was very popular and very launched, but I would not have bet even then to see another 15 sequels (in 1989, at the release of "Back to the Future Part II", it was already "The Shark IV" ).

Yet, I too (like Robert Zemeckis) made a mistake: I did not consider that the void left by "The Shark" would be filled by the "Sharknado" series. 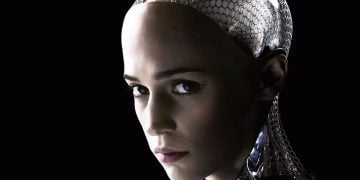 Advanced artificial intelligence will seduce us sooner or later. The human nature of forging bonds with affective objects is doomed: we will fall in love ...