They look almost man-made, and they certainly have an organic origin: who digs holes in the ocean floor? An expedition tries to figure it out. 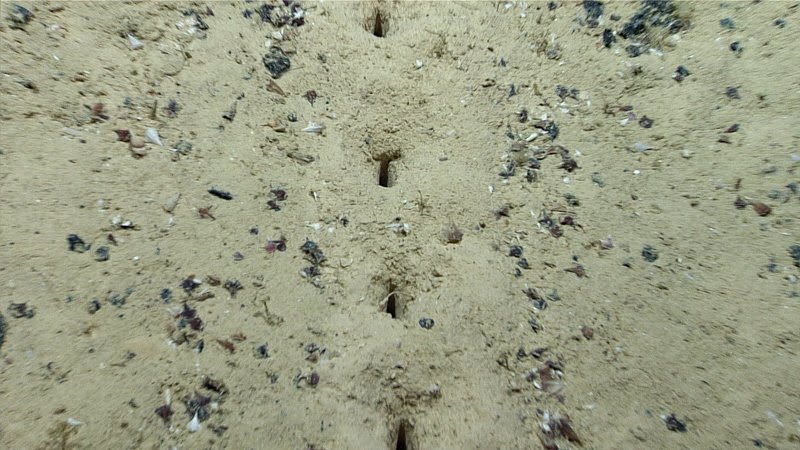 During a recent exploration of the ocean depths of the largely unmapped North Atlantic Ridge, the researchers discovered many holes carved into the sediments, all arranged in hundreds of straight lines.

These holes in the seabed, visible and of immediate localization, are very common. And they are evenly spaced: if they weren't 2,5 kilometers below the ocean's surface, in the middle of nowhere, they would look like they were made by human hands.

Researchers aboard the ship Okeanos Explorer The U.S. National Oceanic and Atmospheric Administration (NOAA) used a robotic submarine to explore an underwater volcanic ridge north of the Azores archipelago, near the mainland of Portugal, on July 18.

About a week later, the researchers identified four more sets of holes. They are located approximately 483 kilometers (300 miles) away from the former, and 1,6 kilometers (1 mile) deep. Today they are asking the public for help to understand what the hell they just saw.

Holes on the ocean floor, surprise: they weren't "born" yesterday.

“The holes seem almost made by man. The small mounds of sediment around them suggest that they have been excavated, ”writes NOAA in a press release. And you know what? It is not the first such finding: these rows of holes have baffled scientists for nearly 20 years. A document 2004 reported a sighting in the same region that year. The researchers called them "lebensspuren" to describe the holes. In German it means "traces of life".

"The source of the holes or how they were built is unknown, but the raised sediment may indicate excavation by a living organism", the authors wrote at the time.

None of our close-ups showed any signs of living organisms, however. And we don't know if the holes are connected below the sediment surface.

This oddity is one of the reasons that led to the NOAA expedition Voyage to the Ridge 2022, May to September 2022. Scientists are sampling sediment around the holes using the submarine's suction device in hopes that it will shed some light on whether or not something lives in there.

The NOAA biologist Michael Vecchione, present both in 2004 and in today's expeditions, has a strong interest in understanding us more: “There's something big going on there and we don't know what it is,” he says. “This highlights the fact that there are still many mysteries in the oceans".

The Mid-Atlantic Ridge is a hot spot for earthquakes and is also home to extraordinary hydrothermal vents where magma provides heat to life forms that inhabit the depths of the ocean. Voyage to the Ridge 2022 missions are hoping to find out more about this life, including the source of the strange holes.

You can follow live (at this address) the next dive program for this expedition: the first to discover something warns the others, okay? 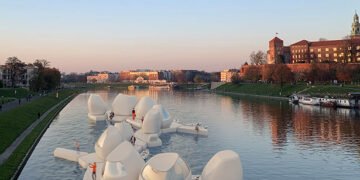 The floating co-working modules by designer Agnieszka Białek define a real map of spaces in the post Covid era.