Scientists have just shown how it is possible to hack a fly's brain. Disturbing prospects. 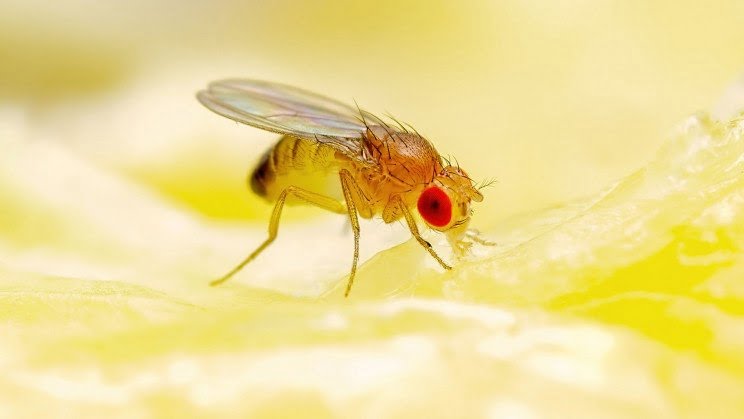 A research team from some of the most important US institutions have developed a wireless technique that can control neurons in the brain of a fly in less than a second, according to a report. institutional press release. The work was published in the journal Nature Materials (I link it here).

With the development of understanding how our brains work, scientists are looking for ways to tap into this power and accomplish things previously thought impossible. For example, reading thoughts and transcribing them into messages. Or develop some kind of electronic telepathy.

A similar research project, funded by National Science Foundation (NSF) and from Defense Advanced Research Projects Agency (DARPA) aims to develop a technology that allows brain-to-brain communication. The program, called MOANA (which stands for Magnetic, Optical, Acoustic Neural Access) is directed by Jacob Robinson, associate professor at Rice University. It is Robinson who developed a method for remotely hacking the brain of a fly.

How did the researchers hack the fly's brain?

The team has genetically modified flies to include a unique ion channel in their neuron cells, which can be activated by heat. When the ion channel is activated, each fly extends its wings, behaving similarly to what it does for mating.

To turn this channel on and off at will, the researchers injected test flies for nanoparticles that responded to a magnetic field. The genetically modified insects were then placed in an enclosed area with an electromagnet on top and a camera to record their activities.

Analyzing the videos of the studies, the researchers found that the time interval between the activation of the electromagnet and the growth of the wings was less than half a second. “By combining experts in genetic engineering, nanotechnology and electrical engineering, we were able to put all the pieces together and prove that this concept works,” Robinson said in a press release.

Robinson sees some good in it. He is confident that this ability to accurately activate cells, after fly tests, will be useful in studying the human brain, in the development of brain communication technology and in the treatment of brain-related disorders. The team is focused on developing a technology that will help restore vision in people even if their eyes aren't working. It aims to achieve this by stimulating parts of the brain associated with vision to make sense of sight in the absence of functional eyes.This is also true, even if the tests are financed by DARPA and the first devices of "electronic telepathy" are unlikely not to be the prerogative of the soldiers.

In the meantime, in order to have a “suitable” result for the medical aspect, the latency of communication must still be reduced a lot. “To get to the natural precision of the brain you need a response of a few hundredths of a second. So there is still a long way to go, ”says Robinson. "The long-term goal of this work is to create methods to activate specific brain regions in humans for therapeutic purposes without ever having to perform surgery."

While waiting, my mind flies (it should be said). If Hitchcock were still alive he would put the birds aside and shoot "The Fly", other than David Cronenberg. Being able to control the behavior of these insects could produce a formidable weapon, potentially even biological.

EarlO, wearable sonar that tracks facial expressions with sound instead of cameras 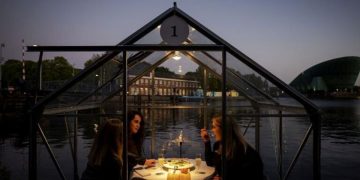 A Dutch restaurant literally puts guests in a glass jar: the idea seems to please, and the social distancing seems ...