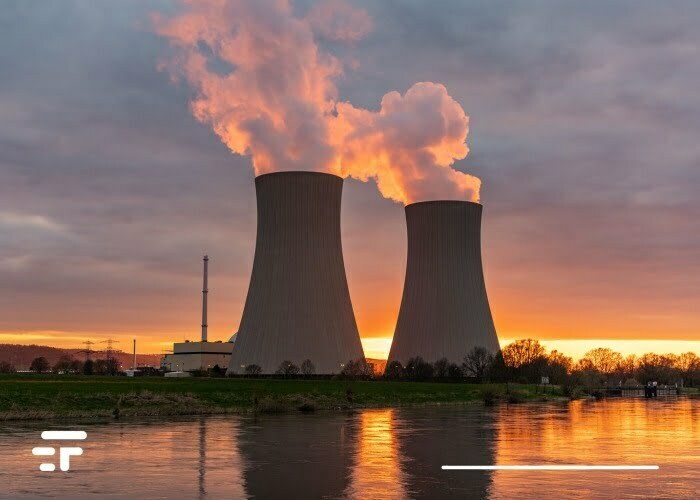 If you think about it, thenuclear energy it's really an amazing thing: harnessing Einstein's theory of special relativity (E = MC²) to create powerful low-carbon on-demand energy. Not bad really to stop dependence on fossil fuels and undo the effects of climate change.

What is it about?

France has recently had to reduce production in six of its nuclear reactors. For example, among the six power plants involved, Golfech's was "downsized" by 1000 MW. A bit like having to cut off the energy of 2000 homes. This is no small problem, which has created panic in the French energy network on large numbers, also given the European context of the energy crisis.

The cause? The intense heat wave that hit Europe and the UK. That's right: an anomalous heat was "enough" to bring the reactors to their knees, altering the temperatures of the watercourses that should cool them.

As you know, in nuclear power plants water is used: when this comes into contact with the reactors, it is converted into steam which is pushed out through a turbine that generates electricity: then it passes through a condenser which cools it back to a liquid state, to start over. the cycle.

The condenser also needs a significant amount of water. It works like a heat exchanger, transferring the heat from the hot water / steam flowing in the reactor to the much colder water outside. Since the condenser requires a constant supply of cold water, it is unable to recycle its coolant like the reactor. It needs an additional supply that returns to nature when it runs out. This is why most nuclear power plants are located near large bodies of water such as rivers, as they need them for cooling.

It is a consequence of their operation: reactors discharge waste thermal energy into watercourses. This obviously does not contribute to global warming, but it can damage ecosystems: this is why nuclear power plants have a set temperature limit. They cannot heat the streams beyond a certain limit, or the reactors shut down automatically.

Well, in the recent heatwave, rivers have warmed up, causing the water inlet temperature to overheat. This quickly caused the rivers to reach their thermal capacity: and the power stations had to reduce production.

Do you have any idea what the increase in these heat waves will mean? The first problems similar to the French plants date back to 2003. The penultimate 2018, 15 years later. Those we are talking about, in 2022, happened just 4 years after the previous ones. With the anticipated increase in the pace of these episodes, nuclear power plants will become progressively more inefficient: the cost of maintaining them could also make them inconvenient.

Are nuclear power plants doomed because of the heat?

Not really. Take France: it has 56 nuclear power plants, and of these only 9,3% has been hit by heat waves. Some rivers are colder than others, or have a larger volume of water which allows them to absorb more heat. Other nuclear power plants, on the other hand, use sea water, or are helium-cooled.

In summary? Nuclear power itself is not a goner. But many systems do.

In the short run, all nuclear reactors that are located far downstream of small rivers they will be incredibly vulnerable to this problem. They could become unusable during the summer months, and generally not very convenient. In the medium term, nuclear power plants located on larger and colder rivers could also have the same problem.

This is yet another demonstration that this "self-produced" catastrophe will affect many aspects of our life, even those we do not expect. Adapting, surviving, overcoming the problem is perhaps the greatest challenge of our species.

We'll make it? We have no alternatives.

A 1987 promotional video shows in a rather bizarre way a 1997 world that is totally "applecentric" and full of innovations ...