ARCSTAR is a system of biocomposite slabs that hold water, slow down the melting of Arctic ice and then dissolve. 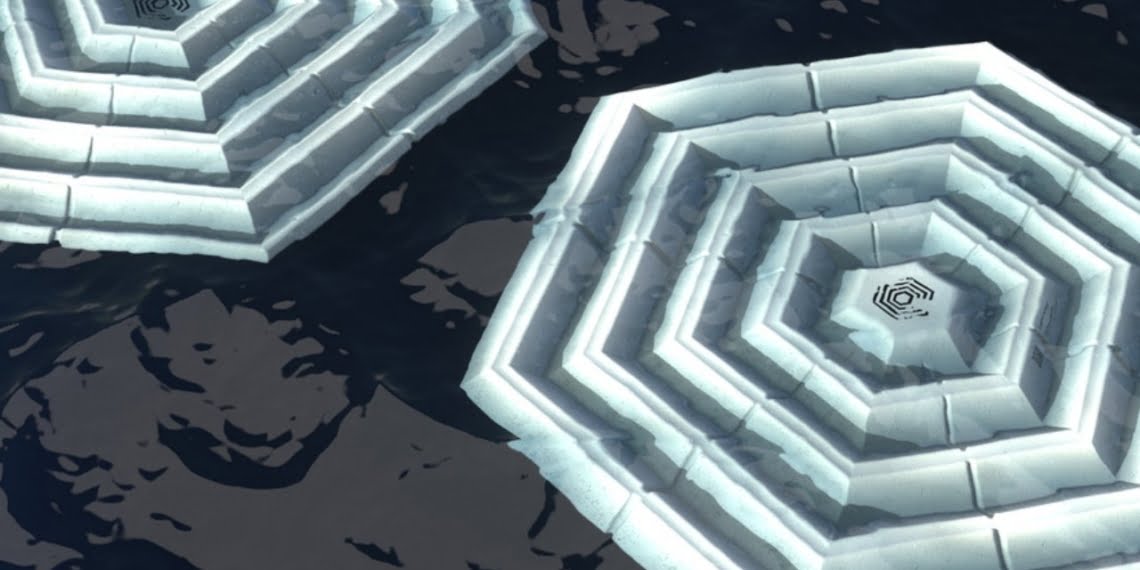 The consequences of such an extreme climate are making themselves felt today in all their evidence, but global warming has been underway for several years. The most noticeable effects are seen and felt especially where it is colder: large amounts of Arctic ice are melting at a rapid rate.

This is a problem with far-reaching consequences that will not be solved easily in a few years. Arctic ice masses need to be preserved and renewed, but that's easier said than done. For this we welcome proposals and ideas: one of them is ARCSTAR, a biocomposite structure conceived by the designer Niklas Andreasen, which could keep Arctic ice longer, and even help restore melted ice.

The natural melting of polar ice has an effect on global temperatures, on weather patterns and even on the length of the seasons. When the ice masses melt too soon and quickly, sea levels rise and light reflects less on the earth's surface. This causes greater heat absorption and an increase in global temperatures, which in turn makes it more difficult for ice to form in those polar regions. It is happening dramatically for Arctic ice.

Of course we can't "refreeze" the waters to compensate for the ice loss, but we could at least try to keep the Arctic Ocean colder to prevent the Arctic ice from melting too quickly. And this is where the ARCSTAR project comes into play, an initiative that will seek to deploy artificial slabs (made from waste and biodegradable materials) designed to do some of the work of the ice masses.

ARCSTAR's hexagonal white sheets are coated to reflect sunlight as much as possible. The temperature of the water and surrounding air will be lower, which will slow down the melting of the ice. The capabilities designed for this project go beyond the simple prevention of the rapid melting of the Arctic ice but aim, as mentioned, to also contribute to the generation of new masses.

"Rough" shape and spongy structure are designed to absorb and retain water. These artificial slabs effectively lower the temperature, and are able to retain the cold for longer. They are light, resistant and do not pollute: they contain lignin without sulfur and calcium carbonate, two waste by-products of wood, paper, fish.

The project looks very promising as an interim measure to stem the rapid melting of Arctic ice, but it is obviously not a long-term solution. The main road is always the same: change our systems (manufacturing, logistics, transport just to name a few) and embrace more sustainable lifestyles.

It will take more effort, but ideas like ARCSTAR can buy us some time. 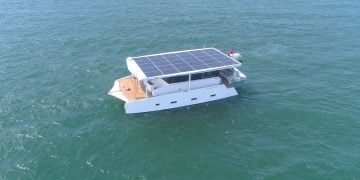 A solar roof of 56 square meters, a lot of independence and a high price: this is what Aquanima, the first catamaran, looks like ...