Aerosols (and clouds) forming in the Arctic produce effects on the rest of the planet: here are the efforts to understand which and how many are 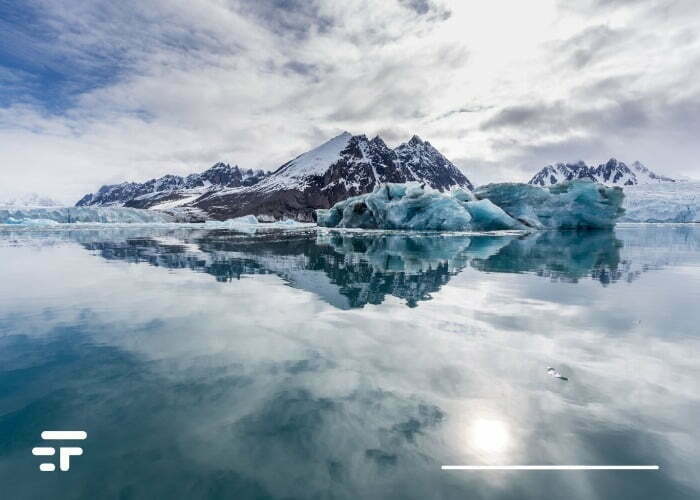 Aerosols are an important component of the atmosphere and are defined as suspensions in a gas of small, liquid or solid particles. Generally the diameter of these dispersed particles can vary between 10−3 cm and 1 μm. These particles have been under study in recent years due to their impact on the climate, but the extent of their effects has not yet been quantified.

It was published on Nature Communications an important and full-bodied study on the annual aerosol cycle in the Arctic. The role it plays in the formation of clouds, responsible for a whole series of factors that we will see shortly, is also under analysis.

The Arctic is warming up faster than anywhere else on Earth. This has serious consequences such as melting glaciers, thawing permafrost, shrinking sea ice (and proposals like this). These consequences in turn contribute to aggravating warming, affecting weather and climate globally.

The role of aerosols

Aerosols and clouds play a vital role in regulating the radiation reaching the Arctic surface.

As mentioned, the composition of the aerosol is not always adequately studied and understood. Especially in the central Arctic, where it appears to have an impact on the energy balance above sea ice. In particular, aerosols also called aerosols are still little studied nucleating particles of ice (IN P), but they are necessary for ice production in clouds and consequent changes in cloud duration, radiation effects and precipitation.

The study, of which Jessie M. Creamean is first author, reports NPI observations in the central Arctic for a full year. A period that covers the entire cycle of sea ice growth and decline. Thanks to this work, we now have much more detail on the characteristics of INPs (ice nucleating particles), such as the fact that they are subject to strong seasonality. In fact, there are lower concentrations in winter and spring, controlled by transport from lower latitudes, and higher concentrations of INP during the summer melt, probably due to marine biological production in local open waters.

A new understanding of the abundance and sources of NPI throughout the year in the central Arctic helps fill a key gap. That in understanding the formation, duration and properties of clouds, which have substantial implications for the energy balance on permafrost.

MOSAiC Expedition: More than a year in the Arctic to study NPIs that contribute to aerosols

The expedition that made this long and complex study possible is known as MOSAiC. It started in 2019 departing from Tromsø, Norway, on September 20, 2019 and returning to Bremerhaven, Germany, on October 12, 2020. The researchers traveled aboard the Polarstern, a German icebreaker and had to make many stops (think supplies of food and fuel for a whole year in the Arctic!).

Creamean and his team traveled to the frozen Arctic aboard a German icebreaker called Polarstern, as part of the MOSAiC expedition. The goal of the researchers at the University of Colorado was to collect information on nucleating particles of ice (INP) in the central Arctic, away from terrestrial areas affected by other aerosol sources.

MOSAiC was a great expedition of international caliber: it hosted research projects from all over the world.

The study appears to be very rich in data and very technical information, which can be difficult to digest, not to say boring, to those who do not study atmospheric phenomena. One wonders, therefore, what all this information is for and how it can be useful to us, especially if we think about climate change.

We can answer by saying that this study goes a long way in the formation of clouds rich in INP, which, as Creamean recalls, is "an important process that we do not have a good understanding of, especially in the Arctic".

Clouds are in fact a very important element when it comes to climate: just think of the fact that clouds are made of particles of different types, including NPIs, and are responsible for the rains, which we know are now more than lacking in many parts of the country. world. In addition to bringing rain, clouds are very important for thermoregulating the atmosphere, filtering UV and more. this is why it is important to study the particles that compose them, determine their formation and above all consider them in the area in which they are formed, before spreading around the world. 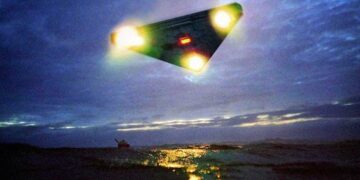 A group of scientists from leading organizations has been meeting since last November to explore antigravity, alternative propulsion and ... non-phenomena ...