An artificial island in the North Sea could become the first large green hydrogen production plant to be distributed in several European countries. 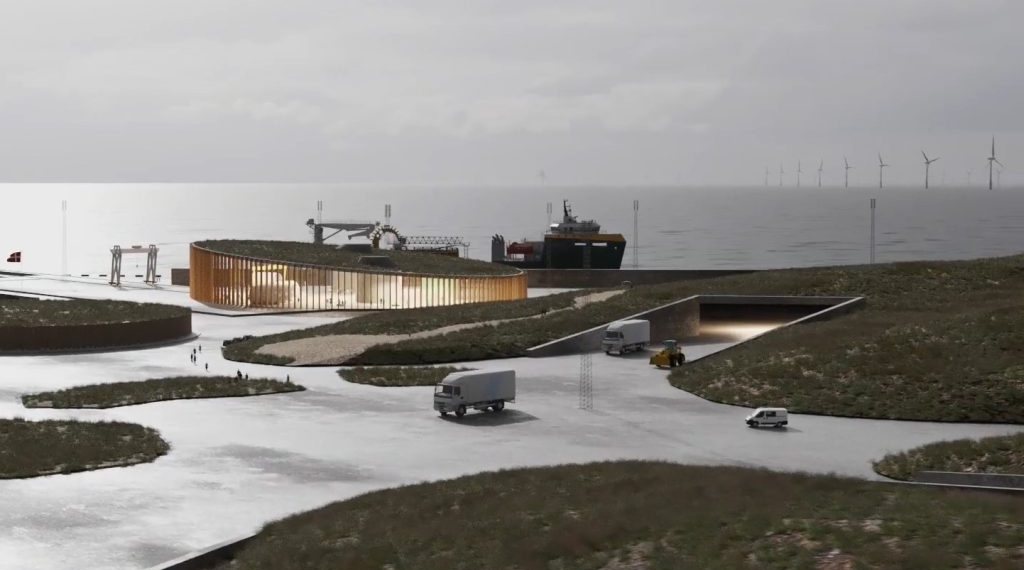 Hydrogen fuel cell technology is starting to grow, but there is still a big problem: most of the world's hydrogen is produced using fossil fuels.

To be a versatile source of clean energy, hydrogen should only be produced using clean energy in a process called electrolysis. It is the goal of Copenhagen Infrastructure Partners (CIP), which proposes the construction of a one-of-a-kind artificial island in the North Sea. It will be entirely dedicated to the large-scale production of green hydrogen using wind energy.

The proposed “Hydrogen Island” (BrintØ in Danish) would be built in the Danish section of the Dogger Bank, a large sandbar in the middle of the North Sea. The area offers excellent conditions for the production of green hydrogen, thanks to its shallow waters and strong, constant winds. The artificial island will provide about one million tons of hydrogen per year, with electrolysers powered by up to 10 gigawatts of offshore wind.

The location of the Dogger Bank in the shared waters of the UK, the Netherlands, Germany and Denmark makes it an ideal location for the creation of the artificial island (and the export of green hydrogen).

The partner of the CIP Thomas Dalsgaard explains that "green energy will be collected on a large scale at sea, converted into green hydrogen and transported across borders via the offshore hydrogen infrastructure."

Place and fertile period, anyway. In addition to the Danish plans for the artificial hydrogen island, the Netherlands, Germany and Belgium are also on the move. And they do so to exploit offshore wind in the area between Dutch waters and the German island of Heligoland to build green hydrogen plants.

The ambitions of these countries can show how ecological transition can be enhanced if one has the courage to think big, internationally and in integrated systems.

Time to do it

We are in a historical phase in which hydrogen could finally realize its potential.

Projects like the Danish man-made island are at the forefront of what could become a global effort to introduce this form of energy.

These mobile robots increasingly resemble a new animal species. Let's make sure they're not at the top ...