An engineered oncolytic virus can affect cancer cells and make them more visible and vulnerable to the immune system. 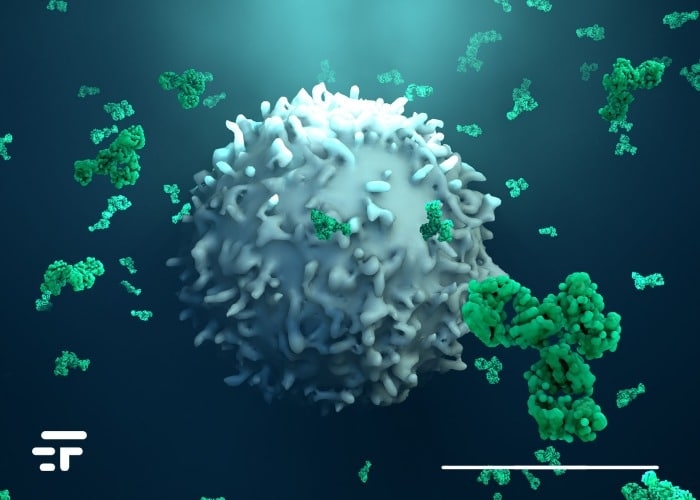 This week, a medical team gave the first patient in a small clinical trial an experimental cancer therapy. This is an approach that harnesses a new kind of ally: an oncolytic virus engineered to specifically target cancer cells, while simultaneously increasing the immune response to cancer.

The recipients of this new protocol will be patients with advanced solid tumors.

A virus that kills cancer

The virus CF33-hNIS, also called Vaxinia, was created by researchers at the City of Hope National Medical Center in California. Now it is jointly developed with Imugene Limited.

Vaxinia is an oncolytic virus, that is, it affects and attacks cancer cells. For over a century, researchers have hoped to use this type of virus to directly destroy cancer cells, but to no avail. Recently, however, some teams have taken a different approach: suitably modified, CF33-hNIS not only destroys cancer cells, but also causes them to "reveal themselves", becoming more recognizable and vulnerable to our immune system.

Researchers believe this approach will also allow drugs that enhance our immune response to cancer cells to be more successful, especially against hard-to-hit solid tumors.

Immunotherapy is a group of therapies that aim to enhance the body's immune response. In the first experiments on animals and in the laboratory the virus reduced cancers of the colon, lung, breast, ovary and pancreas.

"It is time to further enhance immunotherapy and we believe CF33-hNIS has the potential to help our patients in their battle against cancer," says Daneng Li, lead researcher of the study, assistant professor in the City of Hope department of medical oncology and therapeutic research.

Oncolytic virus, the next steps

In this Phase I study, Vaxinia will be administered to 100 patients with advanced or metastatic solid tumors who have previously undergone at least two other therapies. Treatment groups will receive Vaxinia alone or in combination with pembrolizumab, an immunotherapy drug.

The Phase I study is designed to evaluate the safety and optimal dosage of an experimental therapy with the oncolytic virus. Researchers will check whether patients respond to Vaxinia, whether their tumors progress and their survival rate over the next few years - data that will support (or block) the next stages of clinical research.

The process is expected to be completed by early 2025.

Yet another treats in Hyperloop's plans, this time in Holland. It will take only 90 minutes between Amsterdam and Paris. We do not see...