The new ETH capacitor has started its control tests. It will be able to produce drinking water all day, even at night. 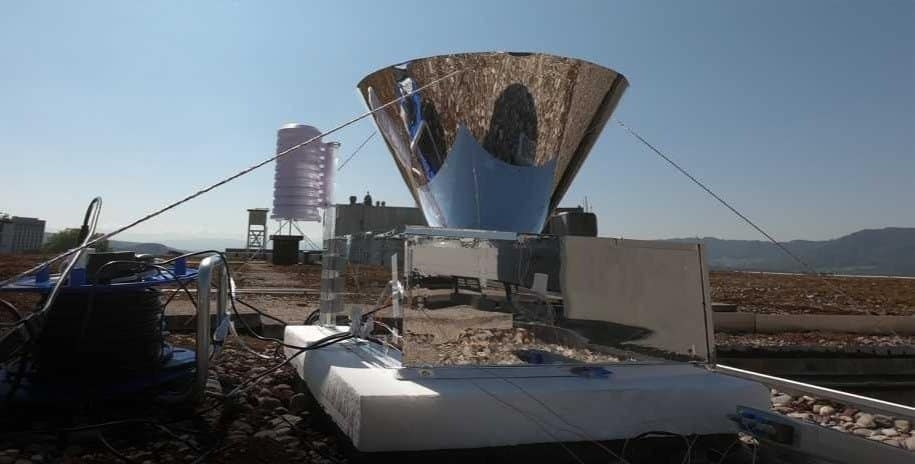 A new condenser is about to change the "fresh water" industry, bringing more than positive results.

To date, communities that live far from the sea (and therefore cannot simply desalinate their water for drinking) have few systems available to procure fresh water. In reality, rather than having a few systems, they have instruments that are particularly in need of energy and with obvious limitations.

Just think of the processes that exploit the temperature range between day and night. Unfortunately, they only work properly at night, because during the day they are heated by sunlight (there is no possibility of condensation). You need to find something more effective, cheaper and more functional.

Is this the case with the ETH capacitor? Let's find out together by looking at its features and functionality.

Their new tool, a fully functional condenser, is able to collect drinking water 24 hours a day and without power.

Made of a glass plate coated with a special material, the structure of the ETH condenser reflects the sun's rays and radiates its heat towards the outer space. The water vapor condenses on the underside of the glass, immediately transforming into water.

The glass coating was created by combining layers of polymer and silver: its task is to improve the process of emission of infrared radiation towards the outer space, avoiding reflection on the plate. At the same time, the structure is equipped with a "shield" against radiation, in the shape of a cone.
The cone is able to deflect part of the radiation coming from the sun, allowing the device to radiate the accumulated heat outwards and self-cool.

The first tests carried out by the team showed that the ETH it is able to produce twice as much water every day compared to the best passive technologies currently in existence.

After all the experiments carried out, the scientists of the ETH in Zurich managed to collect about 0,53 deciliters of water per square meter of glass surface per hour.

Iwan Hächler, Professor of Thermodynamics at ETH, stated in reference to the experiment and the value obtained:

This is close to the theoretical maximum of 0,6 deciliters (2,03 ounces) per hour, which is physically impossible to surpass. Unlike other technologies, ours can actually run without any additional energy, which is a key benefit

Almost all other technologies have an "extra step". They require the condensation water to be cleaned from a surface, in order to make it usable and actually drinkable.

The condenser of the ETH has a super hydrophobic (extremely water repellent) coating on the underside of the glass. The coating causes the condensed water to move up and flow or jump off by itself. In this way, the extra step is eliminated and the energy expenditure lowered.

From the information released, we know that platemaking is quite simple. It shouldn't be impossible to create bigger and even more effective models. Indeed, it would also be possible to place several water condensers next to each other to put together a large-scale system.

In the coming months we will see what happens, but we can be happy with this new construction and the benefits it will bring to all communities too far from salt water.

The user writes in a comment on the blog of an engineer: (electronic) engineers must also know how to write well in Italian ...