For the team of Chinese scientists, the Yanggu dam in Tibet will be made with 3D printing and built by AI-controlled robots 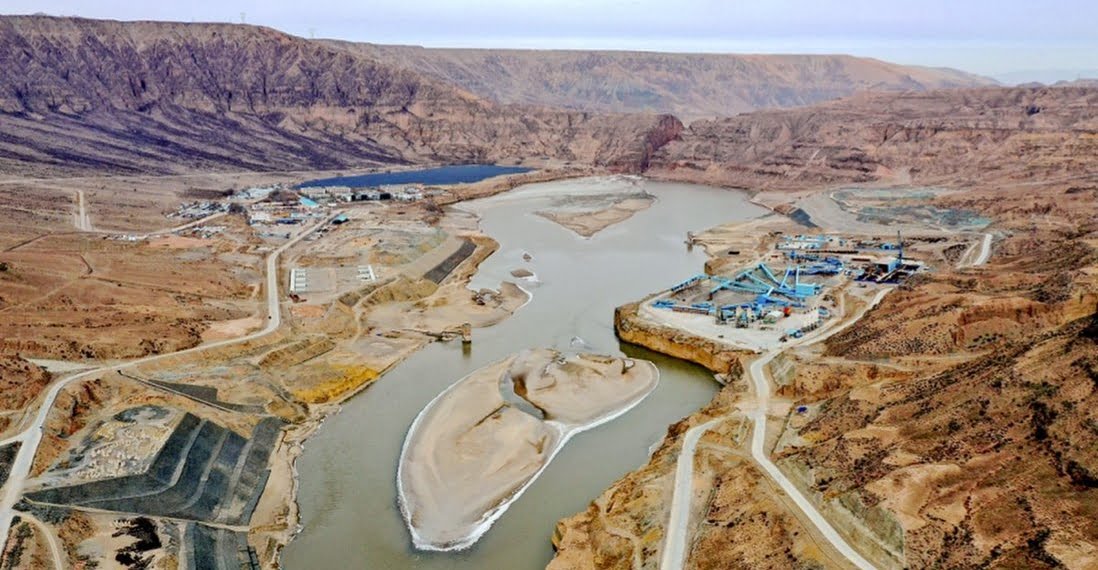 According to the researchers involved in the project, China is using artificial intelligence to transform the construction of a dam on the Tibetan plateau into the largest 3D printed work in the world.

The Yangqu hydroelectric power plant will be 180 meters (590 feet) high and 3D printed “layer by layer”. It will employ unmanned excavators, trucks, bulldozers, pavers, rollers and AI to assemble everything: piece by piece.

Once finished in 2024, the Yangqu Dam will send 1500 billion kilowatt-hours of electricity each year from the upper reaches of the Yellow River to Henan, an area inhabited for over 4,9 kilometers. million of people.

3D printing: ideal for a dam

According to the lead scientist of the project Liu Tianyun, in an article published in the Journal of Tsinghua University (Science and Technology) peer-reviewed, dam building and 3D printing are "identical in nature".

Liu and his team came up with the idea of ​​"printing" large-scale construction projects about 10 years ago. Today, large-scale infrastructure 3D printing technology is mature enough to go mass and free many humans from heavy, repetitive and dangerous work.

If you think how long these devices have gone from creating small components to entire buildings (the first just 6 meters high, in Dubai), you will be amazed.

The role of artificial intelligence

Chinese civil engineers are no strangers to the use of AI - it has already happened for Baihetan, the second largest dam in the world, completed in just four years.

This could be a much more challenging test bed: intelligent machines will be able to do even better jobs than humans, especially in difficult and dangerous conditions. The Yangqu dam construction site, which started at the end of 2021, is already making full use of the most advanced versions of this technology.

Such as? By “cutting” a 3D model of the dam into layers and assigning a specific team of specialized robots to each “layer”.

Unmanned excavators, capable of identifying and loading materials from a storage depot. Automated trucks (some of them electric), which will deliver materials when needed, without waste. Robotic bulldozers and pavers that will transform these materials into physical layers of the dam, which will come on "slice" by slice. Finally, sensors capable of monitoring the quality and compactness of the construction, analyzing the vibrations of the soil and other data.

An army of robots who, when they get it wrong, they learn right away

The study authors write that this technology can be used to analyze huge amounts of data in real time and make accurate and informed decisions. Machine learning allows computers to recognize almost any object in real time, deal with the unexpected and adapt.

Above all, humans die. And they die from mistakes, impossible rhythms of work, dangerous conditions. Things that the development of a technology like this has a duty to make a thing of the past.

Of course, even this dam will always need human figures, but none in dangerous working conditions.

3D printing: not just for a dam

Liu's team says this method can also be used for other infrastructures such as airports and roads. Artificial intelligence "building" is a very important tool, which will shape our future.

There are some limitations to overcome: today 3D printing for large infrastructures cannot print things composed of different materials, such as reinforced concrete (steel reinforcement and concrete together).

Later, however, it will find even more uses.

By targeting glutamine, the team was able to slow down the tumor and alter the metabolism of the tumor microenvironment, "awakening" the ...