Mattias Krantz is the creator of the "balloon guitar", a new musical instrument that uses helium to create new sounds. 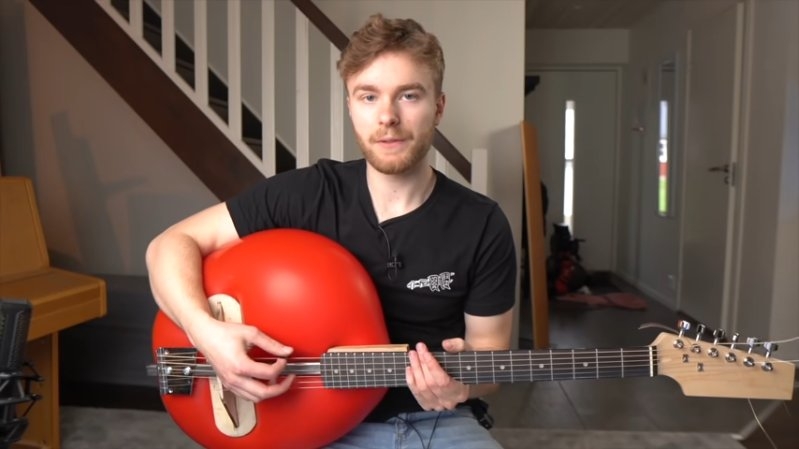 ook. We lacked the inflatable guitar.

Have you ever thought you would see a balloon guitar? Mattias Krantz he is the first to have attempted such magic, one of the pioneers who occasionally try to change the sound of the instrument from its construction material.

By creating a completely new sounding board, Mattias tried to prove something, he tried to think about the sound and what influences it.

Her balloon guitar maintains the appearance of a normal musical instrument, complete with strings and a bridge. Viewed from the outside, it's not that different from any other guitar, at least in terms of shape. The only difference is the large helium balloon that replaces the normal resonance chamber of the acoustic guitar.

Thanks to the addition of the balloon, the guitar is able to offer a new sound, more "open" than the previous one.

Here the video with the demonstration by Mattias Krantz:

At the time of construction, Mattias tried to analyze the pitch of the guitar sound.

Indeed, his balloon guitar is influenced by the exchange of air in the balloon with helium, partially transforming the timbre of the sound.

As we know, the tone of a guitar comes from the tension concentrated on the strings, but it is clear that the sound box has an equally important influence.
Mattias has managed to get a new sounding guitar, which is most noticeable when it reaches the treble.

This amusing experiment, which enjoyed both Mattias and the whole audience, highlights the creativity of the new generation. The rediscovery of music and the newfound passion for musical instruments is an absolutely positive sign.

The new guitar shows us that it is possible to build musical instruments in other ways, and that it is right to continue experimenting to find new and never heard before sounds. Maybe the future will be a harmony with more Elio, and with less… tense stories. 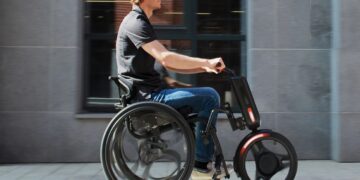 More autonomy and greater capacity with a simple "add-on" that transforms the wheelchair into a multi-purpose vehicle.