In small (but inexorable) steps, science advances towards the understanding of the last, great process that is still individual: the imagination. 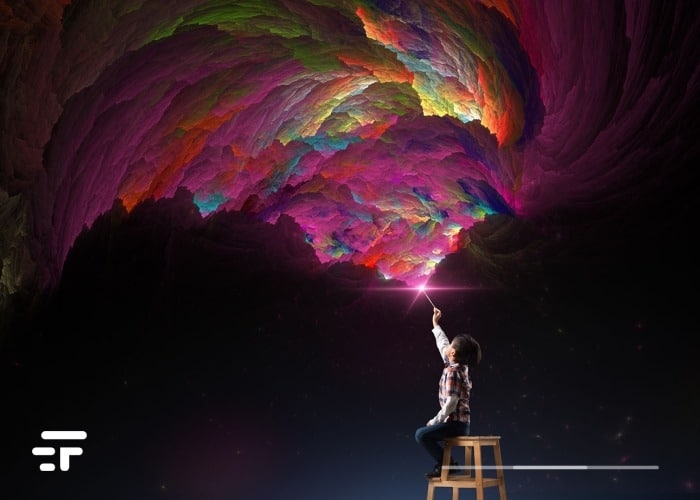 It's so easy for us that most of us don't notice, but there are really a lot of processes going on in our heads when we activate our imaginations. And it has always been mind reading or even mental control, man has always wanted to understand how to manipulate (and record, and retransmit) someone's imagination.

The phenomenon of imagination and its functioning have been under the lens of science for decades now: at present, we are still trying to understand which and how many parts of the brain are exactly involved.

Above all, the realm of the imagination: us. One of the few truly private things, at least today. In the future, this may no longer be the case. In a recent study published in the journal Biology Communications , researchers of the Osaka University they developed a way to interpret an individual's imagination by reading their brain waves.

What do we really know about the imagination?

However, some discoveries have already been made. Eg, a recent study found that the visual cortex it is certainly part of the imagination process, because it allows people to "see" things.

It is not the only party involved, it was said. And we don't know them all, even this has been said. But at least others 11 parts of the brain are activated when a person is told to imagine something. For this, Osaka University researchers hypothesized that a neural network or some sort of "mental office" is involved. And they tried to tap into the strength of this neural network to try to "read" someone's imagination.

Osaka University researchers studied epileptic patients with electrodes implanted in their brains to try to "read" their thoughts. With these electrodes exposed, the researchers worked on developing a new system for recording and reading the electrocorticogram. For friends: brain waves.

Participants were shown an image while being asked to imagine a completely different one. The results show a clear difference in brain waves between viewing an image and imagining.

According to the study's lead author, Takufumi Yanagisawa, “The findings clarified the link between brain activities when people look at images and when they conceive them. The electrocorticogram readings of the imagined images were distinct from those produced by the actual images seen by the patients ”.

We know when someone is imagining something

While the researchers weren't able to identify what a particular person was thinking when they imagined something, the study revealed that scientists could tell if someone was simply looking at an image, or imagining it.

We are still far (but I can't tell you how much: maybe it depends on which branch of research we consider, including the military one) from reading and mind control. However, it is clear that, albeit slowly, science is advancing in that direction.

You will certainly be better than me at listing all the possible negative implications of this research, but I also see something good: it can be useful for patients recovering from brain trauma, or amnesia.

For everything else, of course, the imagination is authentic. 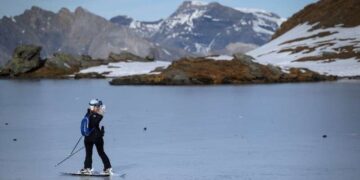 Global warming advances at a charge: 1000 more lakes in the Swiss Alps indicate that 2 thirds ...