A team from the Babraham Institute in the UK rejuvenated the skin cells of a 53-year-old woman, returning them to the equivalent of those of a 23-year-old.

The field of longevity has seen several discoveries in recent years, in the hunt for a goal that long ago seems to go further: slow down or even defeat aging. To date, most of these tests have involved mice, worms or fruit flies.

The researchers of Babraham Institute in Cambridge, UK, have developed a technique to 'time travel' and rejuvenate human epidermal cells by 30 years, reversing their cellular aging without compromising their specialized function. A breakthrough that could radically change regenerative medicine.

A first approach had already been published in February 2021. Today, a new paper published in the journal eLife further clarifies the search terms.

As we age, the functionality of our cells decreases and the genome is damaged. The field of regenerative medicine seeks to restore, rejuvenate or replace cells, including damaged ones. Our ability to generate “induced” stem cells is one of the most essential tools of regenerative biology today.

This process, however, eliminates several characteristics of the cells. They become again "totipotent", and therefore theoretically capable of becoming any type of cell, but in practice without some of the factors necessary to differentiate correctly.

The new technique is based on the research of the Nobel Prize Shinya Yamanaka (now also involved in the Bezos project, Altos Labs). The technique essentially eliminates the problem of completely eradicating a cell's identity by limiting reprogramming halfway. This allows cells to be biologically rejuvenated without losing their specialized function.

In 2007, Shinya Yamanaka became the first scientist in the world to convert ordinary cells, which have a defined purpose, into stem cells with the potential to develop into any type of cell. Using four crucial molecules known as Yamanaka factors, the entire stem cell reprogramming procedure takes approximately 50 days. Upon completion, age-related changes are removed and the cells "lose their identity".

In the new research, partially reprogrammed cells were allowed to mature under normal circumstances to see if their specific function for skin cells returned. Genomic analyzes showed that rejuvenated cells regained the characteristic markers of skin cells (fibroblasts).

How rejuvenated are they?

Our understanding of aging at the molecular level has advanced over the past decade. We have developed techniques that allow us to measure age-related biological changes in human cells. We were able to apply them to our experiment to determine the extent of reprogramming achieved by our new method.

Dr. Diljeet Gill, among the authors of the study

Cells reprogrammed with the new method are 30 years younger. In other words, the cells of a 53-year-old woman appear (in vitro) like those of a 23-year-old woman.

It is important to say that the cells not only look younger, they also function as young cells. This leads to the possibility not only of rejuvenating the skin, but also of healing wounds of all kinds more quickly. Not to mention their influence on genes linked to age-related diseases and symptoms. In this case two: the gene APBA2, associated with Alzheimer's, and the gene MAF with a role in the development of cataracts. Both were shown to “rejuvenate” in the samples involved in the study.

This approach promises valuable discoveries that could open up an incredible therapeutic horizon. 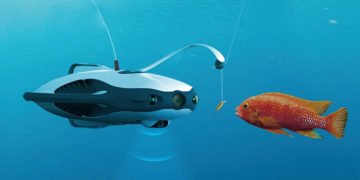 The "material" is evidently found in quantity, ready to be converted into energy. A research team led by Meriah ...