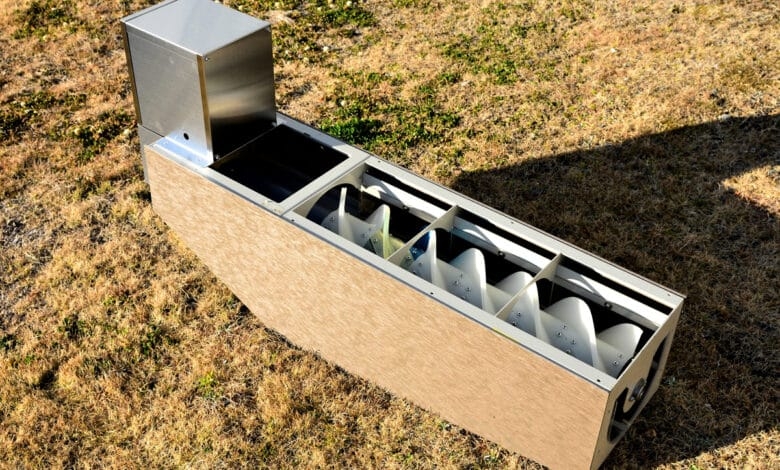 Are you interested in converting a factory drainage system or an irrigation canal into energy? The Japanese firm Ricoh has developed a technology that allows you to do this. 3D-Pico Hydro Generator System it is a tiny hydroelectric power station with the ability to produce electricity.

For the avoidance of doubt and for those who already expect the Moon: for the moment the most efficient version of the system develops a power of less than 5 kW, but it is NOT designed to power homes or factories. And it remains interesting because it was designed to work with solar panels. A good test in the direction of resilient and autonomous systems, and interoperability with solar panels makes this Ricoh solution more stable than others already on the market.

Made with 3D printed materials

One of the special features of this mini hydroelectric power plant is its 3D printed construction with sustainable materials, including recycled plastic. According to the note provided by the company, the product can be used to power various devices, from sensors connected to light bulbs and video surveillance systems.

The system can be combined with photovoltaic panels and batteries to ensure a constant power supply (…). It can be used for IoT equipment such as sensors, lighting devices and charging systems depending on the amount of energy generated.

From the company's press release

At the company's Numazu plant, the Pico Hydro system was put through its paces, with Ricoh aiming to take it to the most remote areas of Earth. “In a demonstration experiment we powered a security camera for nine months using wastewater from our factory" the company said. It is clear that, beyond the magnitudes considered, things like this will work well in combination with storage systems.

The power of a hydroelectric generator is determined by a number of factors. The characteristics of the alternator are important. However, it also depends on the flow rate of the water and the type of turbine, to name a few. Obviously, the 3D-Pico Hydro Generator System takes these variables into account.

It will be interesting to see when the product is released on a global scale: for now Ricoh intends to market it only in Japan.

After adapting all the taxis in New York, BraunAbility realizes Chair Topper, a solution that allows you to position ...