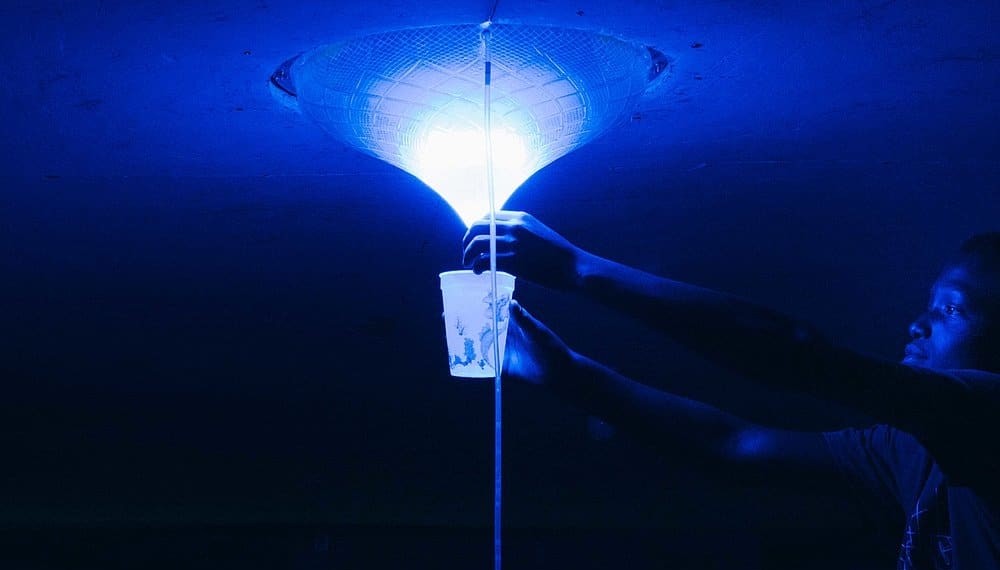 Architect Henry Glogau thinks about the future scarcity of resources with this lighting and water desalination project. The Solar Desalination Skylight is a “circular” and autonomous solar chandelier: it produces light, drinking water and electricity. Waste product? A brine useful for creating more drinking water.

Glogau, who works for the innovation unit of 3XN in Copenhagen, created the product in collaboration with the Chilean NGO TECHO for a coastal community in Mejillones, Chile called 'Nueva Esperanza'.

How does the 'circular' chandelier work?

"The Solar Desalination Skylight is a playful but urgent response to the water and energy crisis in our coastal communities," Glogau said in a statement. “It was essential that the chandelier had a familiar look and not a high-tech contraption: and then the basic principle of the design, it had to be a circular fixture”.

Goglau took a holistic view, working with nature rather than against it. And to the eye it seems successful in the enterprise, if you count that the chandelier also won first place in the "Responsive Design" category of Design Educate Awards.

The ceiling lamp is based on salt batteries and solar energy. During the day, a small solar panel charges the LED light strip. It also draws energy from the brine waste during evaporation to build a chain of salt batteries. Placed in pipes with copper and zinc, these 12 saltwater batteries supply electricity to the skylight at night through a chemical reaction when placed in pipes containing copper and zinc.

The domed shape is joined to a pattern of water channels on the surface by a curvilinear shape. The designer created a CNC-milled mold and vacuum formed it to obtain the final shape. Clean drinking water is brought up from the bottom using a tiny hose and seawater pumped manually into it.

The initiative also initiated a discussion within the Nueva Esperanza community about resource scarcity, according to Glogau. Local residents were consulted during the development process to create low-tech versions of the device using everyday items such as plastic bottles, cans, knives and duct tape.

I find it a beautiful project. We need to start thinking about the circular economy: an economy in which we use and reuse products: not in which we are used. A chandelier thus shines the light on a better future. 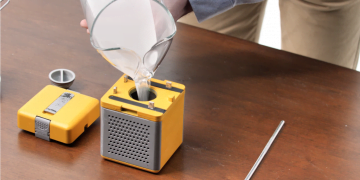