A new, newly developed heat engine with no moving parts may be a breakthrough in eliminating fossil fuels 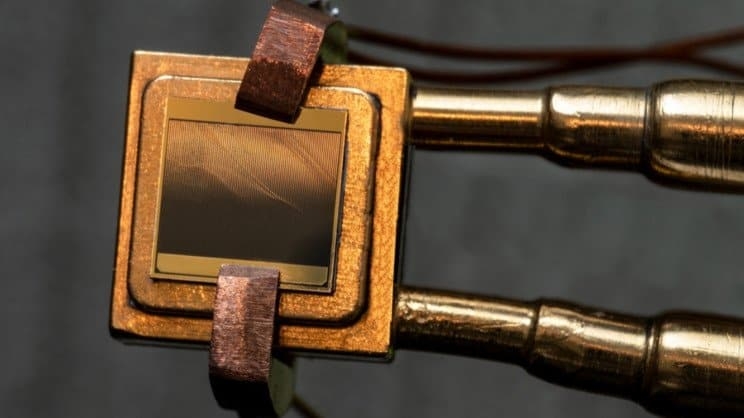 Researchers from MIT and the National Energy Laboratory (NREL) just have posted details of a heat engine with no moving parts. The engine currently has an efficiency about 40% and one day it could replace steam turbines in the future.

The new heat engine has some characteristics similar to traditional photovoltaic cells, but captures high photons energia from an incandescent source to produce electricity. It is capable of generating energy from temperatures between 1900 and 2000 degrees Celsius (between 3.400 and 4.300 degrees Fahrenheit).

In the future, this heat engine could integrate the cells into a network-scale heat battery. When required, TPV cells could convert heat into electricity and feed it into the grid to fill supply gaps caused by renewable energy supply restrictions.

At the moment, the team has successfully demonstrated the functioning of the fundamental elements of such a small-scale system. He is currently working on how to connect all the components together to build a full-size test.

“This heat engine is the final key step in proving that thermal batteries are a viable concept,” he explains Asegun Henry, Robert N. Noyce Professor of Professional Development in the MIT Department of Mechanical Engineering. "This is an absolutely critical step on the path of ecological transition to arrive at a completely decarbonised network".

A revolution for the energy industry

Today, the majority of global energy production comes from sources such as coal and natural gas, as well as some large-scale energy sources such as nuclear and concentrated solar.

Steam turbines are the most common technology for converting heat into electricity - a technology that has changed very little for over a century. And not that efficient, it seems.

Steam turbines convert about 35% of the energy from a source of heat into useful electricity: some models achieve efficiencies up to 60%. That's great, but steam turbines have a significant drawback: they require moving parts that wear out over time.

The parts must also be able to tolerate high temperatures for long periods of time. The parts eventually wear out over time. To avoid this, research explores solid-state alternatives that could provide direct replacements for traditional steam engines.

“One of the advantages of solid-state power converters is that they can run at higher temperatures with less maintenance costs since they have no moving parts,” Henry points out of the newly developed heat engine.

TPV cells might just be the starting point for this sort of thing. The upcoming improvements have enormous potential in reducing the dependence of global economies on fossil fuels.

“There's definitely a huge net positive here in terms of sustainability,” says Henry. "The technology of this heat engine is safe and environmentally friendly".

The results of the research on the solid-state heat engine have just been published on the magazine Nature.

Spinlaunch does not involve large tanks and complicated launches, but a centrifuge that brings the rocket to insane speed and ...

Last "round" for Horizon 2020, funds not to be missed for SMEs and startups