But how many has Queen Elizabeth seen? Let's take a look at some of the greatest moments in technology over the past 96 years. 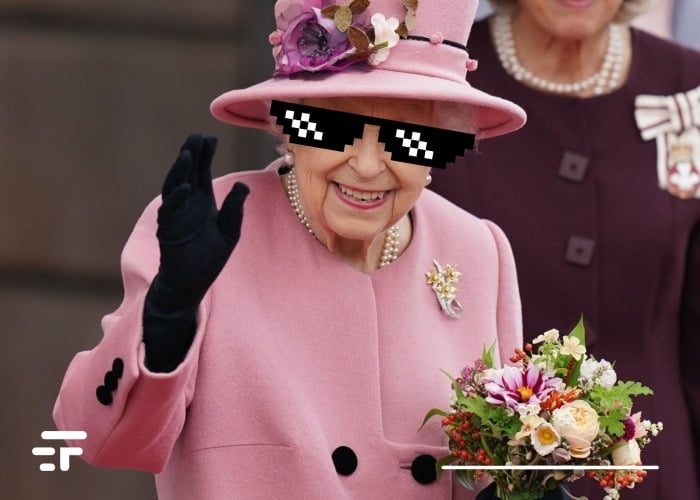 Happy birthday, Queen Elizabeth! The longest-serving monarch in modern history has reigned for decades, and she has presided over some of the most important changes in British history. But what about the technological ones? How has the world changed "during" your reign, Lizzy, my dear? Let's take a look at some of the greatest moments in technology over the past 96 years.

Queen Elizabeth was born in 1926. Since then:

On 22 August 1927 a boxing match between two heavyweights, broadcast live by the London Palladium, marked the beginning of the development of television. Yes, right in the UK! For some time now John logie baird he had started experiments. Our darling was just over a year old, but not much was lost: image quality was poor and there were frequent interruptions due to technical difficulties. However, the show was a success and today television is an integral part of British culture: it's hard to imagine a world without her, just like without Queen Elizabeth.

A British engineer by the name of Christopher Cockerell he was looking for an idea for a new type of ship. He imagined a boat that could float on a cushion of air, going over land and water with ease. After many unsuccessful attempts, he finally managed to build the first hovercraft. How did it go? As usual: he was laughed at by everyone. One naval officer even called it "complete madness". In fact, hovercraft are used all over the world today. Here too, no inaugural ride: Queen Elizabeth was just 11 years old.

On October 14, 1947, the world changed forever when the Bell X-1 became the first aircraft to reach supersonic speeds. The plane was flown by the test pilot Chuck Yeager, which reached a maximum speed of Mach 1.06 (1126 kilometers per hour, or 700 miles per hour) during its historic flight. Supersonic travel is still relatively rare today, but Yeager's flight paved the way for Concorde and other "colleagues" of him. Just a month later, Queen Elizabeth married her Philip in Westminster Abbey.

On October 4, 1957, the Soviet Union launched it Sputnik 1, the first satellite to orbit the Earth. The launch marked a milestone in the history of space exploration. Only four years later, on April 12, 1961, Yuri Gagarin he became the first human to travel to space. Shortly thereafter, during her visit to England, he had lunch with her, Queen Elizabeth. Today, humans continue to push the boundaries of space exploration on the Moon, Mars and beyond. It all started with that first small satellite, Sputnik 1. Who would have thought that such a small object could have such a huge impact on the world?

-1964: First meeting of Higgs with the homonymous Boson

In the summer of 1964, the year our Queen Elizabeth gave birth to her third son Eduardo, the Scottish physicist Peter Higgs he was studying the behavior of subatomic particles and came across a new (theoretical) particle. He was so pleased that he submitted an article to Physical Review Letters. The publisher (who must have been one of the skeptical commentators of the Futuro Prossimo Facebook page) rejected the article, saying it was "too speculative". Today, the Higgs boson is one of the most important particles in physics.

Everyone knows that Apollo 14 landed (again) on the moon that year, and that the Vietnam War ended, but this post is about firsts. And in 1971 there are two of them. Today we rely on email for everything, but that wasn't always the case. Carrier pigeons were still flying when Queen Elizabeth was already of age! The computer scientist Ray Tomlinson sent the first e-mail message that year. Perhaps he did not understand the historical significance of the event, because he wrote (to himself) only "QWERTYUIOP". It was not the most exciting message in history, but it certainly marked a significant moment in the development of modern communication, following the development (in 1969) of ARPANET, the precursor of the internet. The 15th NovemberInstead, Intel released the world's first microprocessor: the 4004. The chip was designed by a team of engineers led by Federico Faggin and revolutionized the electronic computing industry. Today microprocessors are an essential part of almost all electronic devices: a bit like Queen Elizabeth is part of our collective imagination, let's face it.

-1981: first launch of the Space Shuttle

Difficult year for Queen Elizabeth, this. She was the subject of two attacks, both foiled. Actually, in one of them there were 5 rounds of loaded blanks fired at her, but that's not a nice thing. Reagan went worse that same year, but he was saved anyway. Anyway, on the technological level April 12, 1981 recorded the flight of the first Space Shuttle, the Columbia. The crew of six spent two days in space conducting experiments on human physiology and solar observation. On their return, those boys were welcomed like heroes: I believe it, the Shuttle was an essential part of ours space exploration, and also played a role in the construction of the ISS.

On April 3 of that year, Dr. Martin cooper Motorola made the first call on her nice new cell phone, a DynaTAC 8000X that didn't shine for lightness. And it was very cruel: he called the doctor Joel S. Engel from Bell Labs, its main rival in the race to create the mobile phone. The call only lasted a few seconds (perhaps he was sent to hell), but it was a pivotal moment in history. Today we all rely on cell phones… except Queen Elizabeth. Did you know that only two people know his mobile number? I am the daughter of her, Princess Anna, and her horse racing manager, John Warren.

Dolly the sheep was born in Edinburgh on 5 July 1996 and was the first mammal to be cloned from an adult cell. It was cloned from Ian Wilmut starting from a cell of the mammary gland and took the name of the country singer Dolly Parton. The scientific community was shocked: everyone thought it would be impossible to clone an adult mammal. Sometimes impossible things happen: a bit like resisting for 50 years with a person next to you: a year later, in 1997 Queen Elizabeth celebrated the 50th anniversary of her marriage to Philip (speaking of Edinburgh). How time passes!

-2006: The first social networks appear on the world

Today it is enough to be over 50 and miss a "good morning" to get the nickname of Boomer. Instead, try it yourself to discover that social networks exist at the age of 80. In fact, 2006 was not only the occasion for Queen Elizabeth's eightieth birthday, but also that of the affirmation of social networks. Facebook was about to make its appearance on mobile phones all over the world, and in the meantime, Myspace and were born in a few months Twitter. Just like Queen Elizabeth, social media has become an integral part of our life. We use them to stay in touch with family and friends, to get news and entertainment, even to find partners. A boon for ours, if we exclude that they can be addictive, damage our mental health, harbor hatred and bullying, censor opinions. But they also have flaws. Who knows what they will have in store for us in the near future?

In 96 years, the world has changed a lot, thanks to technological innovation. From the first mobile phone call to the launch of the largest rocket in the world, through iPhones and Tablets (2007 and 2010), the first Google search (1998) and a thousand other things, technology has come a long, long way.

And Queen Elizabeth has been there all this time. Sometimes we wonder what world we will leave them. Happy birthday, Majesty! And excuse us so much. 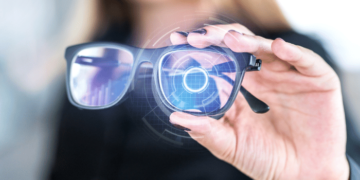 Meta has in mind a roadmap for the introduction of ar glasses that should supplant mobile phones. And she dreams of a "moment ...