Everything you would like to know about the upcoming metaverse. Or at least, all I can imagine on this matter. 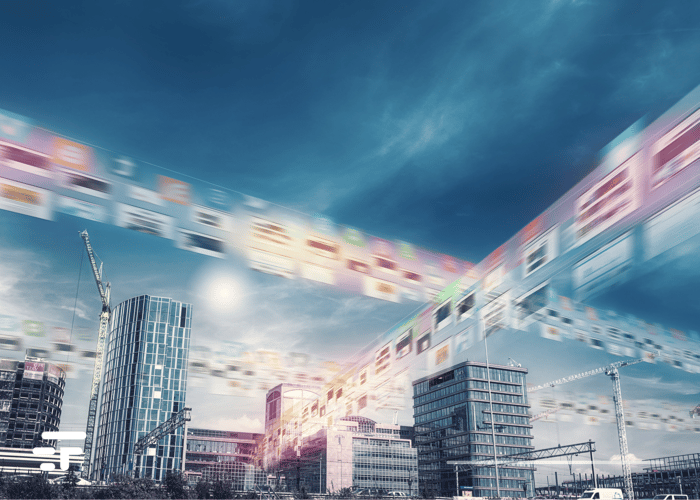 A premise that supports the whole post: a first "serious" version of the metaverse should start in the next five years.

At first, it will only allow you to see and hear (with some tactile feedback). It will take another 10 or 20 years for immersion that is much closer to reality.

But how exactly could the metaverse work? And what new possibilities could it offer? Let's try to make some predictions.

1. How will the metaverse be made?

Most people believe that a metaverse will be a totally immersive and pervasive world as the internet is today. Let's take a look at things from another perspective. Right now, second MMO Population which tracks online multiplayer games, Final Fantasy XIV has approximately 3,3 million active players. A huge amount, but still manageable.

In Europe alone there are nearly 750 million people, of which nearly 90% on broadband internet. Even with a conservative estimate of only 10% of these people who will regularly use the metaverse, we are talking about 75 million people. 25 times more people than today are playing the largest online multiplayer: and we're talking about conservative estimates, in Europe alone.

Consider it the lowest point of a range. The highest is close to the current number of Facebook users: 2,89 billion. To manage them, we would need 800 times the servers we have today: it's easy to say "metaverse", huh?

Even the most powerful companies in the world would struggle to amass enough data centers to house the expected number of metaverse users. It is theoretically possible, but it takes a lot of money.

For this we will probably need a decentralized system, difficult there will be a new "Facebook" for the metaverse. No, not even if it will be called Meta. We will see the joint effort of several companies: the metaverse will definitely be a technological "community".

We will use any computer

As mentioned, to manage such a mass of calculations we will need thousands of servers working together, or we will draw on the computing power (and energy) of the most disparate machines.

I am thinking of university data centers, which at night will feed the metaverse as today the SETI project is powered by computers from all over the world. We will take advantage of the electric cars stopped to charge, the game consoles, the private computers: everyone will be able to host a piece of the metaverse.

If the metaverse grows as big as it should, it will need all the computing power we can give. And a management system that holds everything together.

Obviously, the servers will not be enough, a hyper-fast connection will also be needed to make sure that the user feels immersed in the metaverse. It is one thing to experience a delay during a game, another is to experience it while walking, observing, "living" in a virtual world.

If we are interacting with someone, a very low latency of 30 milliseconds or less will be needed to "mimic" reality. For other elements we don't interact with, lower latencies can be achieved. The reality of the metaverse will travel at different speeds.

Again, since the metaverse will be quite large, it will be impossible to host it without a decentralized model: however, for it to work there may be many ways to "pay" for access. At least one more than today, so to speak. Like today, users will pay with their attention (there will be advertisements), with their money (there will be subscription forms) but also with their computing power. You can also access it by making a little of your computer available, perhaps when it is inactive.

Will the metaverse need a currency?

When you are in the metaverse, things get really fascinating if you have your own economy, perhaps your own currency or a currency that you can also use "outside". It was what the banks imagined doing in Second Life: they were all excited about that embryo of the metaverse, but the world was not yet ready. In 2008, realizing the chaos he was getting into, the same Philip Rosedale (founder of Linden Labs and Second Life) closed the doors to lenders.

Today he is meditating on resurrecting that world: “coincidences? I do not believe!" (Cit.)

Today there are cryptocurrencies, NFTs and a lot of experience. It is easy to imagine that "selling" computing power could bring in some money, sorry: some tokens. A value that will not take long to be usable also in the real world.

Expanding the metaverse will need a gigantic amount of material. Fresh and intriguing content that encourages you to stay and want to return to an alternate world. How will it happen? Quickly said: making content creation even easier.

Because in the metaverse the content can be REALLY limiting. If there is a boring landscape with boring buildings, no one will want to spend time on it. We will need builders, architects, designers. Accessible tools will be needed to build a whole new world. Something simpler than the tools used today to make the web.

On the other hand, the web itself can give us an idea

At first it was difficult to create a site - you really had to know how to program it yourself. Content management systems are now used (such as WordPress, on which FuturoNossimo runs). It is much easier.

The metaverse will inevitably also have immediate tools, standards that will allow you to create and improve things without too many steps. Maybe they will be called MMS (Metaverse Management System, as today there are CMS, Content Management System). This however brings us to the next prediction.

4. We will see new jobs appear

As the metaverse becomes mainstream, we will begin to see new professions. Of course, as mentioned we will probably have architects, engineers and designers, but also “meta” versions of the current works.

Obviously in the metaverse we will have a sea of ​​shops

Consumers are already using their apps and websites to buy goods. On Instagram, nearly two-thirds of the top 100 companies have already implemented the new shop feature, which allows users to purchase items without leaving the app. In the metaverse, we will no doubt see similar strategies employed: firms that operate only in the metaverse. Others who will sell physical products in the metaverse, exploiting the new possibilities that technology will give to the retail trade.

There will be more virtual goods that people will start producing and even selling in the metaverse. A new virtual craftsmanship. It could be buildings, or entire planets, or avatar clothing, or a new skin.

This community-generated material will play an important role in ensuring the long-term viability and relevance of the metaverse. And it will offer creatives and artists the opportunity to contribute and make money.

We will see new marketing roles

My work will also be transformed. Today we have content marketing. Tomorrow, there will be metaverse marketing. It will no longer be enough to simply advertise as before: people will want to visit the "half world" of a brand, live original brand experiences. Why should people choose to visit the store (sorry: the world) of one brand rather than another? What will make these new virtual places interesting?

Marketers will change their skin for the umpteenth time, to intercept the new needs.

Other professions that we do not even imagine

Certainly roles will appear that no one could have foreseen. When the internet arrived, no one expected influencer to become a profession.

There will also be new types of specific companies. Companies that may not even exist in the physical world: I don't know, companies that specialize in wings for avatars? What do you want me to tell you: I'm not a magician. I am only speculating that we will see virtual companies that will only make sense in the metaverse.

And virtual tour guides for virtual travel. Or "metadivulgators" that will transport us into the history and geography of other eras, for fantastic didactic experiences.

The future is all to be written once again: in this dimension and in the virtual one.

First contact lenses that deliver drugs approved for use

Chopin and the Beatles teach us that things like good music can last very long: tomorrow they could ...