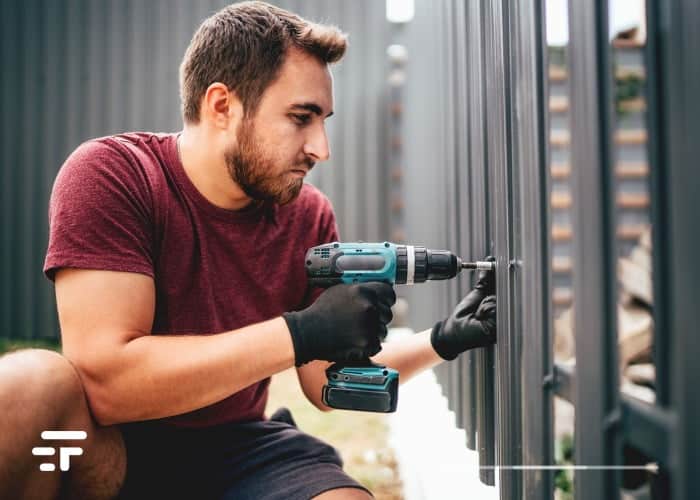 The road traveled from the first rudimentary hand tools, created by man at the dawn of civilization, up to the modern ones power tools, it was long but unstoppable. The real leap forward, however, was only achieved when electricity became a commonly used energy source.

Power tools have revolutionized the way mankind works; not only have they increased productivity and precision in the professional field, but they have also considerably broadened the horizons of do-it-yourself, where the new equipment has helped to raise the bar in terms of quality and productivity, allowing many hobbyists to transform their passion in a profitable business.

Returning to the core of the matter, namely the power tools, over the years and with the evolution of the various technological branches these have improved their performance, have become lighter thanks to miniaturization and also more manageable, thanks to the introduction of models. battery powered.

The real revolution in this sector, in fact, has been made by battery power tools, which in the near future will definitively supplant the wire ones.

Eliminating the clutter of the cable and the need to connect to an electrical network in fact, as we have also mentioned previously, has allowed to increase productivity and also the comfort of use in the workplace, and especially in mechanical workshops and on construction sites.

The Makita Corporation, in fact, is the only company in the sector to have made the choice to increase investments in research and development of energy cells destined to power power tools, placing itself at the forefront in this specific branch. Parallel to the impulse given to battery electric tools, the Japanese company has chosen to increasingly limit production in the segment of equipment driven by internal combustion engines, which are gradually disappearing from the Makita catalog, leaving more and more space for new generation power tools. .

Makita battery-powered electric tools currently occupy the highest range of the market together with other renowned brands aimed especially at the professional market, such as Hilti, Flex and Milwaukee. As mentioned in the previous paragraph, however, at the moment Makita is the only company to hold a privileged position in the field of battery-powered power tools.

The 18Vx2 has already existed for some years and allows to power Makita power tools compatible with two standard 18V LXT batteries connected in line, in order to reach the working voltage of 36 volts used by the new and powerful electromagnetic induction electric motors used on the tools More recent production Makita, some of which have been reviewed on the site https://espertoutensili.com.

La Next Generation Technology instead, simplified with the acronym XGT, it was introduced in 2020 and represents the last frontier for Makita battery-powered power tools.

This new system has been specially designed to power the latest generation of Makita tools, which as previously mentioned have the exclusive feature of being driven by high power induction motors. The XGT batteries, in fact, differ from those of the old LXT platform because they have a double voltage, 40V instead of the standard 18V. These batteries are also characterized by greater resistance, guaranteed by an external three-layer casing, by a superior durability, by built-in LEDs capable of indicating the state of charge in real time and accurately, as well as by smart technology. thanks to an integrated program that allows the battery and the tool to communicate digitally in order to optimize the supply of energy based on the real power required by the tool during use.

The XGTx2 variant, on the other hand, allows you to connect two 40V XGT batteries online and thus provide the 80V voltage necessary to power the most powerful tools, such as the new Makita HM002G demolition hammer.