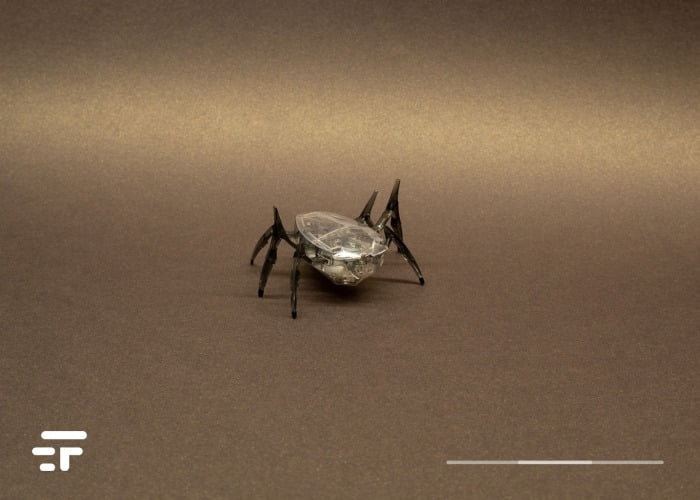 A South Korean state research institute has announced the start of a project that aims to develop insect-inspired micro robots capable of conducting covert surveillance in hostile areas.

Il Korean Research Institute for Defense Technology Planning and Advancement (KRIT) issued the press release detailing his choice. It will develop a five-year program worth 28,8 billion won (about 23 million euros). The aim is to safeguard the key technologies that will allow micro robots in the form of ant or bee to operate in teams for safety or other purposes. (defensive and offensive, I guess).

Today the institute plans to hold a meeting with the consortium that deals with the project. The consortium is led by the local defense company LIG Nex1 Co.

The consortium also includes scientific bodies such as the Seoul National University and Korea Advanced Institute of Science and Technology. The intentions of the South Korean government are to promote cooperation with the private sector and the academic world for greater technological implications.

From the KRIT press release

The micro robot project is part of a KRIT roadmap announced in March, which focuses on developing stealth technologies for future weapons systems. The roadmap also includes national projects to develop unmanned intelligent underwater vehicles and unmanned surface vehicles. In summary: small spies that can cross small spaces and difficult terrain to collect information without being detected.

The fulcrum of all these projects, explains the institution, is in the definition of a technological standard capable of managing and coordinating dozens (if not hundreds) of these micro machines in the various scenarios of use.

We'll see. That is, we will not see anything, given the size.