No security concerns, network tracking and repair in 10 minutes: the electric bikes found the battery they needed. In a document published recently last February, the CONEBI (Confederation of the European Bicycle Industry) has expressed concern about the need to repair electric bike batteries. The association's document strongly supports the use of OEM certified parts and advises regular repairers against putting their hand to batteries. A no small problem, which could soon plague millions of electric bikes around the world.

This is why it is hunting for the best solution that prevents cyclists from having to throw away or start complicated recycling processes when a battery has a problem. A solution that makes the management of a battery to be repaired simple, economical and ecological. The French electric bike startup Gouach presented a new fully repairable battery.

A survey some time ago on several hundred electric batteries showed that 80% of their components can be reused, recycled and put back on the market. Great thing, that it would limit the use of new products, while encouraging the recycling of materials. In 2020, as a result of this research, Alexandre Vallette, Maxime Agor e Maël Primet they founded Gouach, a startup based in Bordeaux, and developed a patented technology of electric bike batteries that allows you to replace components in minutes and not days. And without ever endangering the user's safety.

The battery key imagined by Gouach integrates a network connection that allows it to follow its entire life cycle. A process that takes place in real time thanks to a dedicated application, which allows the monitoring of the battery elements, and more. It also allows more: for example, it allows you to optimize usage times and to receive notifications if there is a problem with one of the components. Data collection can also be carried out directly from the charging point, which makes it convenient for those who have an electric bike (and battery) fleet, for example for bike sharing.

After 18 months of study and development, Gouach entered a pilot phase with Pony (another scooter and electric bike company), where it will test its product. The application provides information on the battery of the bicycles, allowing maintenance in just 10 minutes, manual in hand.

The purpose of the new battery is to reduce electronic waste by 70% derived from non-recycled batteries. This would considerably lower the carbon footprint of battery manufacturing, and would also counter the scourge of planned obsolescence!

“Our goal is to build and mass market the first fully repairable electric battery for electric bikes and scooters in less than 10 minutes. It is a great challenge but we are convinced that we can do it. " 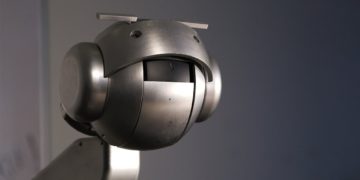