AI is becoming more and more effective, developing what appear to be real superpowers. Some may give us immense problems. 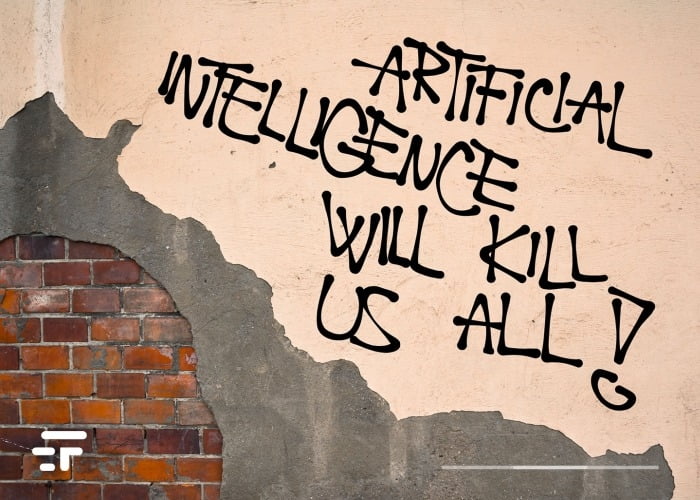 AI has real 'superpowers' potentially a lot pdangerous for the future of human beings (and more than one expert is trying to warn us).

Artificial intelligence systems are now known for their strategic capacity and are increasingly used in real contexts. They have extended their reach to the point that humans are now intentionally standing abusing, mistreating and abusing them. The inherent potential of current AI technologies is growing as they are incorporated into social infrastructure, and this is another sign that the consequences of losing its control would be dire.

There are numerous situations in which the dangers of AI should be discussed, as well as its future consequences which must be anticipated and managed. Here are 10 superpowers that could do us very, very badly.

Job automation is expected to result in a high number of unemployed professionals who are not high-tech in nature. As AI robots become smarter, the same tasks will require fewer human workers. How can you avoid it? Giving a moral to AI? I don't know if you can. How to reconfigure human work? There are so many ways, from an emphasis on creative and humanistic professions to formulas like universal income.

A direct consequence of the first of the 'superpowers' described is the growing economic disparity caused by AI-induced job losses. For now, only predictive and repetitive activities are currently susceptible to acquisition by artificial intelligence, but studies and surveys have predicted that the criteria may expand in the future. As a result, low-skilled workers will have fewer and fewer opportunities to retrain, others should get away with it. A huge danger.

With AI increasingly integrated into so many of the leading technology services, it has become easy to monitor, compare and analyze an individual's activities online and offline. Cameras and Big Data are about to enter into a relationship such as to constantly "dialogue" with each other. If you add modern, sophisticated face recognition technologies, you will understand that trackers will know exactly where we are and what we are doing, practically in real time. More than superpowers, I'd talk about omniscence.

I killer robots, Also known as autonomous weapons or “killer bots”, they are military robots that can independently seek and destroy their targets according to preprogrammed instructions. Almost every technologically advanced nation on the planet is developing autonomous war machines that will take the place of human soldiers. It goes without saying that there are several huge problems associated with using these machines. The most critical question is: who will be held responsible for these artificially intelligent robots that go out of control and commit terrible acts that can result in the loss of life?

Deepfakes are perfect for use by malicious people and criminals to create confusion, fear or disgust. They can help spread misinformation, build false narratives about individuals, and even generate a subject-specific public image that can harm someone physically and psychologically. They were recently used for the first time in a war theater (yes, just like a weapon).

AI superpowers (let's give Caesar what is Caesar's) can help a country's national security in numerous ways, but they can also help the bad guys carry out terrorist assaults. Drones are used by various terrorist organizations to carry out attacks and observe military activities across borders. We have seen such means employed already in actions, and the day is not far off when we will see thousands of killer drones deployed in one shot.

Social media manipulation can be quite efficient in marketing, and it is always easier to be influenced by autonomous algorithms. The AI ​​can address and distribute any information it wants to transmit without any input or filter from the user, as long as the propaganda is shared with targeted groups of people through algorithms and personal data.

AI Superhuman: the King of Superpowers

Enter (but also know how to get out of it) in a logic of hypothesis. Is it possible, as mentioned, that in a few years the spread of robots programmed to kill "enemies" will be hacked or take on a control beyond that of human beings?

Here: this is the absolute worst scenario. Currently, superhuman AI systems are something of a myth, but how long will they remain a myth?

Religion, gender and nationality are all things that people continue to fight and wage wars over even today, in the twenty-first century. It's a terrible thing, we see it every day. This bias can also be reflected in AI systems as a result of incorrect data provided by people. To get rid of this problem, computer scientists have to manually delete any irrelevant information. It's not easy, especially when you consider that an artificial intelligence is already mistaking people for monkeys.

In recent years, experts have expressed concern that the advent of algorithmic trading could result in a financial catastrophe. Algorithmic trading consists of high-frequency, high-value transactions that can cause significant market volatility. This type of trading ignores human logic and feelings, yet it remains an essential component of the financial markets. Once again: who will be held responsible if an artificial intelligence causes a new crisis of '29?

What I consider a masterpiece of creativity is back: Isolde is "reincarnated" in this delightful Microlino, which debuts next ...