Disney also launches into the residential sector: it will develop and manage entire neighborhoods to give residents 'new storyliving experiences'. 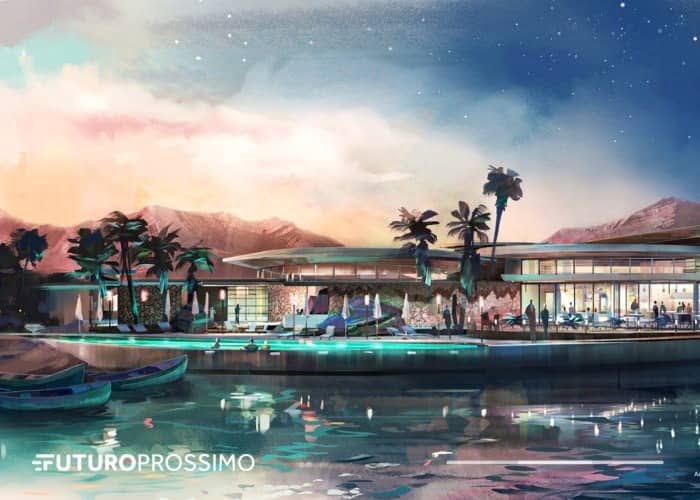 The Walt Disney Company has unveiled plans to introduce new residential communities to the United States as part of its initiative "Storyliving by Disney ". The first project of the Mickey Mouse company will be called “Cotino”: it will include 1900 residences on a 250 hectare (618 acre) land in the locality of Rancho Mirage, California.

“I can understand, looking at these projects, why Walt Disney himself loved taking refuge in the desert every now and then,” he said Michael Hundgen, executive producer of Walt Disney Imagineering, referring to the beauties of the surrounding Palm Springs region, where the residential complex will be built.

A "cathedral next to the desert", but with Mickey Mouse ears

Prices will not be determined until the next stages of the project, reports CNN, but a company spokesperson said the prices will then be set by whoever sells the houses, an intermediary, rather than Disney itself. The franchise will not only be private, however: part of it will constitute a mixed-use neighborhood that will also include shops, restaurants, entertainment, a hotel and even a park on the beach.

The vocation of this first "Disney citadel" is to offer a 'buen retiro' to a target of buyers who gravitate to around 55 years of age: in perspective, a complex that aims at the tranquility of the residents.

Disney residences will be managed by company staff, who will create special programs and experiences for residents throughout the year. Despite paying a premium homeowners association and a voluntary club membership fee, it's unlikely you'll end up like Disneyland with the puppet on duty. The idea of ​​Disney's 'Storyliving' is something different.

Programs will revolve around recreational activities, wellness seminars and philanthropic initiatives. “The Disney Imagineers are exploring the richness of each local region to inspire the theme of Storyliving from Disney community, ”explained Hundgen.

“Distinctively designed indoor and outdoor spaces will offer residents new opportunities. Opportunities to explore, engage and create the next incredible chapter in their story, ”she added. I have not fully understood, but I adapt.

The trend towards what appear to be very embryonic phases of a future full of small "city-states" managed by large companies continues. After the law that in Nevada empowered Big Tech groups to build entire neighborhoods, or the residential developments of Apple's 'private cities', Google e Facebook, today the Snow White house is also launching into the sector.

I would say that the trend is consolidating.