Ukraine is at a crossroads between two tensions. Once again it is good to ask: who benefits? The Russian invasion can be a boon to the US. 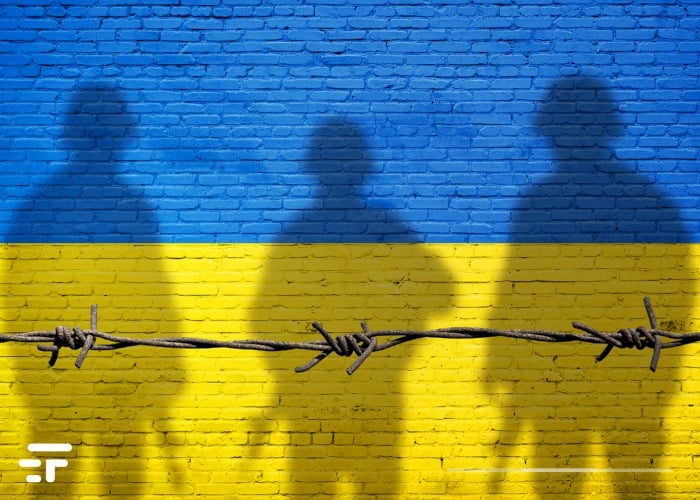 Putin's recent attitude towards neighboring Ukraine has already resulted in the relaunch of NATO as a more "assertive" organization. Is it possible that the belligerent Russian pater familias is burning with the desire to get himself into trouble alone? To hear all our media (rather two-dimensional and one-way) it would seem so.

I will pretend that it is, even if in these observations a few weeks ago I considered an armed conflict difficult (leaning more towards a cyberwar).

Why is Putin making so many mistakes?

Let's analyze the situation from a historical perspective. Everyone expected that at the end of the Cold War (and of the Soviet Union) a scenario of international development and cooperation would prevail.

Globalization has made nations more interdependent on crucial issues: finance, trade, cultural exchanges. Yet the attacks certainly did not stop in 1991: as early as August 1990, indeed, the First Gulf War. We would gradually witness the war in Yugoslavia, the first war in Chechnya, the second Gulf War and above all the long period of "war on terror", which to some extent continues today.

Not only Putin, therefore: but we cannot pretend that his presence did not have a certain coherence of action. In the general chaos at the turn of the 90s and the 2000s, in fact, the Russian President showed his intention not to lose ground and not to indulge a further "peaceful disintegration". Witness the Second Chechen War of 1999, conducted in line (indeed, more) with what were the strategies of Yeltsin of 5 years earlier.

What has changed since then? One would say "nothing".

Nobody can seriously be surprised at what is happening in Ukraine. Putin has always exerted a "centrifugal" push towards the republics that were formerly part of the Soviet bloc, and on the other hand the United States has always tried to "snatch" as many as possible from that sphere of influence.

The Russians themselves, who for the most part do not regret communism at all, agree that the dissolution of the Soviet Union was a great tragedy. The loss of military, social and political power worries the Russians more than anything else, and has pushed them to trust Putin more and more: those who believe that his presence is guaranteed only by the ferocity in defending his positions are mistaken. of power.

In 2014, Putin's "reputation" as a leader grew further after the de facto incorporation of Crimea into the Russian Federation. A hugely popular move in Russia, which probably also dramatically increased his self-esteem.

How many? Enough to make him acquire a strategic clarity out of the ordinary? Or to make him make a desperate and dead-end move?

The Russians have long been very concerned that the inclusion of Ukraine in NATO would be a great risk to national interests. Ironically, one of the reasons Ukraine is not yet a NATO member is because in the Atlantic Pact they were afraid of bringing such an unreliable and politically unstable country into the fold. A picture that could change over time: and that Putin probably sees as "inevitable" in the medium term.

He's right. NATO wants to expand to the East, it is an equally clear trend, only the Western media omit it to paint a one-way picture. And Russian citizens, even before Putin, see this expansion not only as a threat, but as a betrayal.

Because? Because in the 1989 negotiations that led to the end of the Cold War, the withdrawal of Soviet troops from East Germany and the unification of Germany in 1990, the Russians received assurances that NATO forces would not advance further east.

Of course, there were no discussions at the time to extend NATO to the former Warsaw Pact nations or even to the former Soviet republics, because the Soviet Union had not yet dissolved and retained control of most of those regions. The situation changed quite dramatically two years later. Those guarantees, however, were regarded by the Russian elites as a promise.

And the maneuvers of "reconquest" of Ukraine, perceived as Nasha Zemlya, ("our land"), the compensation for this betrayed promise. Starting from the Crimea.

The first act may have been just that

After independence, Ukraine experienced an alternation of pro-Russian and anti-Russian electoral majorities for the next three decades. When the anti-Moscow movement got organized (perhaps with some help from abroad), Russia feared it could no longer have political options to "win" the elections in Ukraine and manage "close" cooperation between the two nations.

The growth (perhaps with some help, even here) of separatist movements in the provinces on the border between Ukraine and Russia and the subsequent civil war they were a consequence of this fear, and at the same time the pretext for Putin, with which to exert pressure and obtain concessions. Until today.

Why is Putin threatening Ukraine now?

This is the crux of the whole matter, in my opinion. And it is no coincidence that this is the question that everyone is asking. Again, is his action a cause or a consequence? Putin viewed the US withdrawal from Afghanistan as a sign of weakness (coupled with Biden's objectively weak leadership) and wants to take advantage of it for a coup, or fears that this very weakness on the Eastern front translates into a "relaunch of the encirclement NATO ”(let's say USA first) around Russia?

We do not yet know. What we record, however, is that the feared Russian invasion has been waved as imminent for weeks by media that seem to be waiting for nothing else, primed by a strategic direction. Emblematic the Bloomberg case that a few days ago he hit the non-existent news of an invasion "by mistake", complete with a report of the operations.

Why does the US have this "craving" for Russian invasion? Do they provoke to bluff too, or can't they wait for it to happen?

Who would harm the invasion of Ukraine the most?

I would like to try to answer this question, but two things need to be said.

First: Putin on his side, if he wants to invade Ukraine, he has at least a couple of options. The first is to occupy the whole country and (perhaps) incorporate it into the Russian Federation. The second is to expand the territory under Russian control: for example, by occupying only the coastal region to the south by expanding the area currently occupied. They are territories occupied by people who speak Russian for the most part, and consider themselves Russian. Little effort to control it, another shot of self-esteem. A necessary self-esteem, because the decline of his "actions" among the Russian people could represent the second, definitive dissolution of a bloc. At least for Putin's supporters.

Second: Russia without a shadow of a doubt has all the capacity to invade Ukraine. You can defeat the Ukrainian army with your eyes closed, which lacks the necessary air defense capability. A long-term occupation of Ukraine, however, could be a bloodbath: it is unlikely that Russia can "pacify" Ukraine and counter a long "active resistance". The cost of an invasion, and I answer the question here, would be enormous.

The invasion of Ukraine, in my opinion, would harm Russia much, much more.

This is why the US wants nothing else.

Once again the “ideal” scenario to reaffirm one's power, this time with a greater involvement of European nations as well. As it was in the aftermath of 11/XNUMX, the US has the opportunity to further militarize NATO and further encircle Russia.

In the event of an attack, the economic sanctions imposed by NATO allies would put a stranglehold on Russia's economy, collapse its banking system, cause the ruble to lose much of its value and collapse Russian living standards. Who benefits?

This is why the Russian invasion makes no strategic sense. And we have to hope that it remains just an idiotic move, not a move made unavoidable. 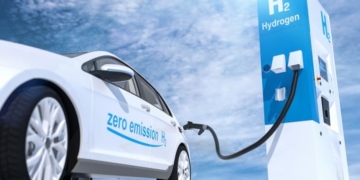 Living "like Disney": here are the company's plans for new residential parks