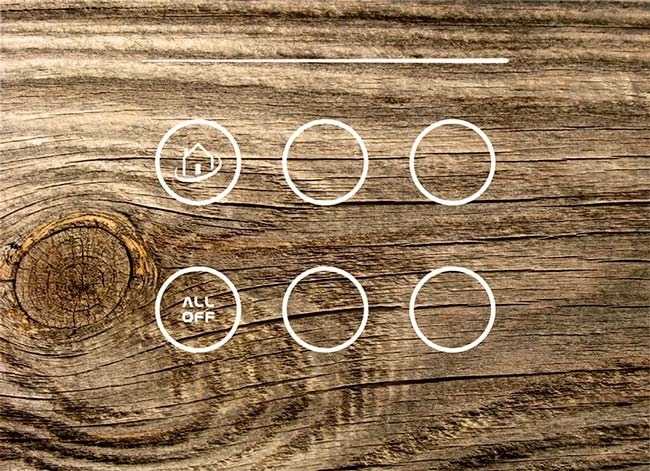 The researchers of Beijing Institute of Nanoenergy and Nanosystems created a self-powered triboelectric sensor wood-based for home automation applications.

The basic idea is that it can take the energy you use to push a button or walk on the ground and transmit wireless signals throughout the home to manage appliances or other home automation systems.

A copper film is applied to the underside of a wooden button, and when pressed it contacts an underlying non-stick layer generating an electrical charge. This charge actually powers the sensor.

The strength of that charge is obviously determined by the affected surface, but it can be strong enough (for example) to communicate your position on a sensor-covered floor. This scenario opens up a number of intriguing possibilities in the field of home automation. Smart lights could turn on as soon as your footsteps are detected in an area of ​​the house, or a fall in the house could activate several sensors, triggering an emergency alarm.

Home automation made of wood

It can also be used to create smart switches. The use of triboelectric technology to create intelligent light is still in its infancy, but it is something that research is catching up with. Switches that could communicate with your low-power grid without the need for a battery.

The problems associated with using wood as a primary material to generate a charge, however, are significant. Since wood is poor in conducting electricity, it must be treated to be useful in home automation applications.

Given the limited energy these gadgets produce, we won't be able to charge our phones just by walking on our floors all the time. However, the ability to obtain low-power devices such as battery-free home automation sensors could reduce manufacturing costs and environmental damage. It goes without saying that relying on wood as a smart building material also cuts down on the use of plastic.

These initiatives could take years to move from lab to market, but I'm excited to follow the developments.

Objects "covered" with moving images? Just one of the applications of the Dynaflash projector and its 1000fps technology