The EU Commission is running wild to create the digital euro and not to lag behind in the global context, but the risks must be studied carefully. 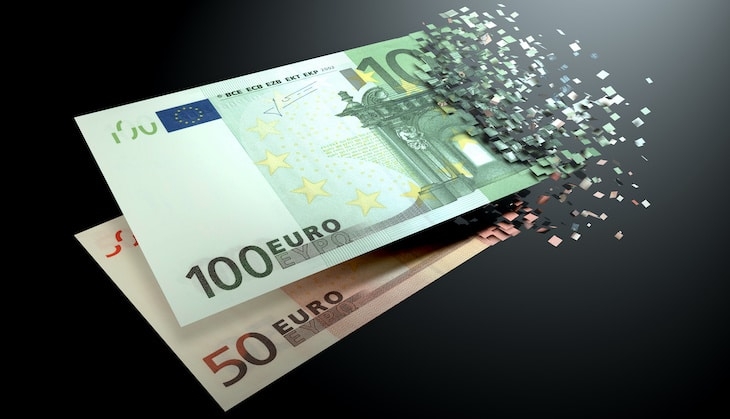 The European Commission announced yesterday that it will present a bill for a digital euro early next year. The legislation will serve as the technical basis for the ECB to create a virtual version of the euro, the European currency.

A duel between governments and companies

Big Tech is researching ways to enter the payments market, and central banks around the world are creating virtual money to avoid being marginalized by the growing popularity of cryptocurrencies. One of the first moments of confrontation was the announcement of Facebook, which a few years tried to create a virtual currency with 25 other tech giants.

Although the fierce political backlash repulsed this first attack causing the Facebook project to fail, the event has alarmed governments, and prompted them to act more quickly.

The rush of the digital euro

"Others will comply with this request if we don't," he said in mid-November Fabio Panetta, member of the Executive Board of the ECB, to MEPs. “You will have a crucial role as co-legislators in introducing a digital euro”. It was like the gun that starts a furious race.

The ECB has already started to conduct internal tests on the digital euro, and plans to start working on a prototype soon. The euro zone governors will then determine whether it is worth "minting": the virtual currency could be ready (in the worst case) at the latest in 2025.

The timetable, although tight, takes into account the negotiations that will be necessary between the states of the Eurozone and in the European Parliament. Now, the main concerns about the future of the digital euro relate to the privacy of transactions and the handling of daily payments.

The head of EU finance Mairead McGuinness announced the Commission's legislative plans last Wednesday: “Our aim is to present the legislation in early 2023,” confirmed the Irishman. "Everything will start with a targeted legislative consultation in the coming weeks".

The main fear, however, is that the digital euro will destabilize the entire financial system.

Banks are concerned that in the event of a new financial crisis, savers will be able to convert all their deposits into a digital euro (backed by the ECB) at the push of a button. This would cause a monstrous crisis in the sector.

In any case, there will be no way of avoiding the digital euro.

Germany and France already have exhorted the ECB to speed up the process out of fear that the eurozone will lag behind. The People's Bank of China he started its journey to the digital yuan as early as 2014. India's finance ministry, meanwhile, has promesso to have a virtual version of the late 2022 rupee.

“We have to go full speed ahead. Nobody will wait for us ", he told reporters the German Chancellor Olaf Scholz last year, when he was still finance minister. "I am convinced that the countries of the euro area must take a more active part in the process for the digital euro".

It's not as easy as clicking.