A joint research team has developed Cindela, a "genetic surgery" method to tackle cancer without side effects THEInstitute for Basic Science (IBS) andUlsan National Institute of Science and Technology (UNIST) announced on February 23 the completion of Cindela. It is a therapeutic approach with no side effects. In other words, it can be used on any cancer without causing collateral damage to normal cells.

The results of the study were published in the February 22 edition of the scientific journal Proceedings of the National Academy of Sciences of the United States of America.

The fight against the side effects of oncological treatments

Side effects of existing cancer therapies are caused by damage to the DNA double helices. This happens both in normal cells and in tumor cells induced by the latter. Using genetic scissors CRISPR / Cas9, the unique mutant DNA double helices found only in cancer cells can be selectively destroyed by the method developed by the joint research team.

This method based on "genetic surgery" done with CRISPR "traditional scissors" has drawbacks. Mainly, it requires lengthy processes and a lot of work because every carcinogen has to be discovered first, and only then the genetic scissors have to be developed for the necessary "repairs".

Cindela changes the "scissors", and the rules of the game

The South Korean research team used bioinformatics to find mutants of the cancer cell line. Later, he developed the CRISPR Cindela genetic scissors to target the anomalies and tested them on mice. Result? Selective cell killing and tumor cell growth arrest, without side effects.

Researchers have given this new therapy a name: CINDELA. An acronym that translates to “Cancer-specific InDel Attacker”. In short, CINDELA is able to destroy cancer cells without damaging normal ones.

Cancer cell mortality triggered by CINDELA was found to depend on the number of DNA double-strand breaks produced by CRISPR-Cas. For example, the CINDELA reagent which induced 50 breaks in DNA was much more effective in killing cancer cells than the reagent, which induced only 10 breaks.

Researchers have already begun to apply this technology against tumors taken directly from patients, with expert research groups in different disciplines (such as gene delivery, the complementary diagnostic platform and cancer genomics). In the near future, the development of new delivery systems will help establish CINDELA cancer treatment technology in cancer patients.

And it will be the end of the side effects. 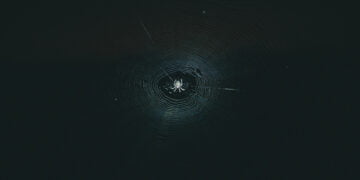