The new VTOL Vetal drone responds to the needs of the most demanding users, with new technology and no need to have a runway. 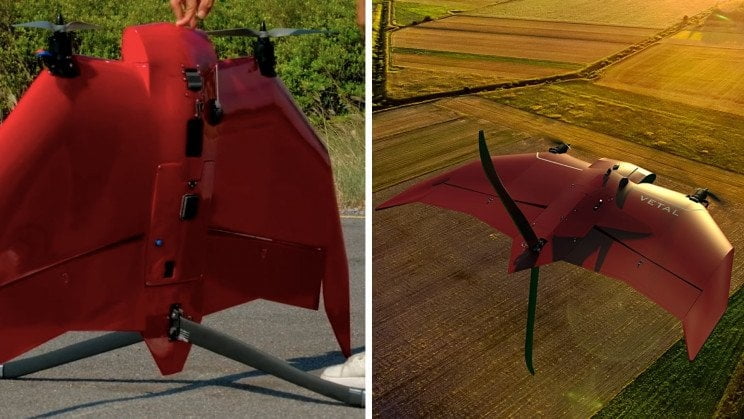 Currently, there are different types of drones. Most tools take advantage of the VTOL technology (vertical take-off and landing), but there are also fixed-wing aircraft and multicopters.

Small differences separate the drones from each other, bringing advantages and strengths to those who decide to use them. Fixed-wing drones, for example, can fly much faster than VTOL models and multi-helicopters, but they need a runway to take off and then land.

A fairly recent study tried to revolutionize drones with vertical take-off and landing technology, increasing their functionality. Specifically, the researchers worked on a new double-propeller drone that doesn't need a runway.

The bird arrives and lands on its tail

Is called Vetal, is produced from the Thai company HG Robotics and it is one of the most discussed VTOL models of the last period.

Its unusual shape has attracted the attention of several users. Vetal has an extraordinary ability: in the landing and take-off phases, it "sits" on its rear end. Rest the lower part of the building on the ground to increase stability. In short, no track.

In the flight phase, however, it tilts forward in mid-air to move forward. The company has chosen to produce Vetal to facilitate agricultural surveying, helping to keep crops under control.

Some data on the drone that knows no track

His body in carbon fiber and a wingspan of 1,3 m, make it one of a kind. Two motors powered by a 12 Ah lithium polymer battery - replaceable - allow it to stay in flight for up to 60 minutes. Based on experiments, we know that VTOL has a maximum speed of 90 km / h, and which can fly up to 2.000 m in height. Furthermore, it can carry a load equal to 800 g and rotate completely on itself.

This amazing new VTOL is equipped with two types of cameras, as well as a series of customizable sensors. It is designed for long range operations, and its remote control works at a distance of over 7km. At the same time, the drone can be programmed to follow a predetermined flight path using GPS and GNSS.

You can buy Vetal by configuring it according to your needs. The tool's innovative features make it more than worthwhile, something worth investing in. 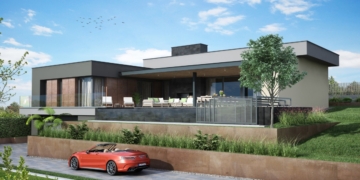 Home Purchasing & Acoustics Are you looking for your dream home? Have you defined your needs and wishes? Yours...