A study shows that the analysis of brain activity can predict the onset of a seizure days in advance. 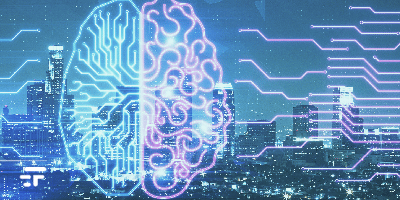 For decades, researchers have been looking for ways to predict a seizure. It is almost always an unexpected event, however, and the best tools we have (including artificial intelligence) come to predict an attack with few minutes in advance, one hour maximum.

Now, for the first time, research shows that brain activity could be used to predict the onset of seizures several days in advance.

The University of California, San Francisco Department of Neurology examined data from brain implants that are used to monitor and prevent seizures. Researchers have found patterns of brain activity that predict seizures. A day earlier, or even more, they can predict if someone has seizures - it could be a great prospect for people with epilepsy.

“For 40 years, people have been trying to find ways to predict when someone is going to have a seizure. The best they can do now is give the person a few minutes' notice. ", says Vikram Rao, co-author of the study published in The Lancet Neurology .

“This is the first time anyone has been able to predict a seizure long before it happens. It will allow people to plan their lives, to know when they are or are not most at risk ”.

Predicting a seizure: the data collected

The researchers used information obtained from NeuroPace, a reactive brain stimulation device. It was cleared for clinical use in 2013 to detect abnormal brain activity and deliver an electrical pulse in order to prevent seizures.

Epilepsy is a neurological disorder characterized by recurrent seizures or periods of abnormal electrical activity in the brain. When a person has a seizure, they may lose consciousness or have seizures.

Crisis prediction would be an innovation capable of revolutionizing the life of those with epilepsy. People shouldn't worry about episodes while swimming, or cooking.

Studying brain patterns in epileptic patients is difficult. Most of the data is collected in a hospital or research setting for short periods. But NeuroPace offers a new window into the patient's brain activity.

Being a brain implant, it continuously listens to brain activity, and allows researchers to look at even years of continuous EEG data. I'm talking about data collected as people go about their daily lives, much more reliable. A type of collection that seemed impossible to do in this field.

The team looked at the data from 18 patients with a brain implant, patients followed for several years. These data allowed them to create an algorithm to predict a seizure. They then tested the algorithm on similar data collected in a 10-year clinical study that included 157 people.

The system really anticipates a seizure

Study results tell us that the timing of a seizure is not as arbitrary as it seems. The team found monthly brain cycles that indicated a higher risk of having a seizure, and they believe they could someday use this knowledge to help patients anticipate an episode, take medications, and plan their days.

“Our findings in this research make me optimistic that one day we may be able to tell a patient that based on their brain activity, they have a 90% chance of having a seizure the next day. And that therefore should avoid triggers such as alcohol and high-risk activities such as driving, ”added Rao.

The next step? A prospective study. NeuroPace was designed to detect and stop a seizure before it begins. Its application for long-term forecasting is still in the early stages, but after further study it can finally be used.

It will be a great day, that. 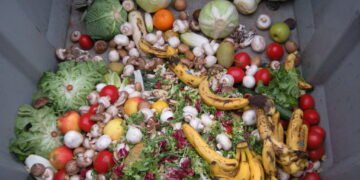 Food waste around the world is at insane levels. To reduce them, technology and inventiveness can transform waste into ...