Oumuamua, scientists launch the Lyra project to study it closely

There is a new project proposal to send a solar sail probe to reach and study the Oumuamua space object. 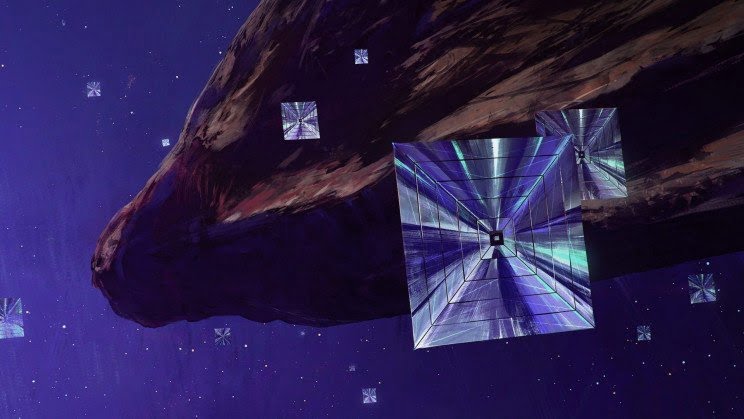 Some scientists think that the first interstellar object discovered in our solar system, Oumuamua, could be an extraterrestrial spacecraft. Someone else (most, to be honest) thinks it might just be a cigar-shaped rock. Whatever it is, however, Oumuamua has sprung away too fast for us to understand.

Many scientists have lost hope of knowing the true answer, but one team has prepared a daring mission to send a spacecraft into the distant space object as it moves farther and farther from Earth. according to Forbes. Why Oumuamua runs, if it was not understood. Crazy, too. But let's take a step back to understand more about what some scientists even speculate is an alien solar sail, or the like.

On October 19, 2017, Pan-STARRS1 Near-Earth Object monitoring discovered Oumumaua, an object unlike any previously identified asteroid in our solar system.

Shortly after the first observation, Oumuamua changed speed, drifting off the originally planned path and leaving no traces of debris in its wake. A Harvard astrophysicist, Professor Avi Loeb, he later famously suggested that Oumuamua were an interstellar alien spaceship, or a piece thereof.

Now Oumuamua is beyond the reach of our most powerful telescopes, but these discrepancies are too intriguing not to be followed up. This is why, in an attempt to understand, a group of astronomers from theInitiative for Interstellar Studies (I4IS) published a new search proposing the Lyra Project, a mission to send a solar sail probe, reach and study Oumuamua before losing it forever in the cosmos.

What could it be?

“The theories to explain the nature of Oumuamua are many. They include an aggregate of fractal dust, a hydrogen iceberg, a nitrogen iceberg, an alien solar sail, fragments of a planet destroyed by the tides, ”write the authors of the article.

All explanations have one thing in common: they are extraordinary.

The new paper envisages the launch of a mission in 6 years, at the beginning of 2028, to reach Oumuamua between 2050 and 2054. The solar sail would orbit the Earth for the first four years, and then receive a gravitational pull from Venus and Jupiter and set off on his journey to the mysterious space object.

The technology to do it? It already exists. The solar sails have proven to work from the proof-of-concept mission LightSail 2 of the Planetary Society, originally intended for the 2017 asteroid: they would help power the spacecraft on its way to Oumuamua. The mission illustrated in the study would use a photon sail at least partially powered by a laser on Earth, similar to the concept of Breakthrough Starshot for a light sailing probe that could reach our nearest star system, Alpha Centauri, within two decades of launch.

Oumuamua, this is not the first mission proposed

Although other research teams have proposed missions to Oumuamua, most of them have been based on the execution of a Oberth maneuver around the Sun to increase their speed. Too much heat, too much radiation. For this reason the paper just presented (which would exploit the gravity of Jupiter) has more feasibility.

All that remains is to wait for the right alignment of Jupiter (2028, in fact) and off for a mad rush after the strangest "space splinter" ever seen.