The experiences of using content change, and companies adapt with a curved OLED. More and more curved. 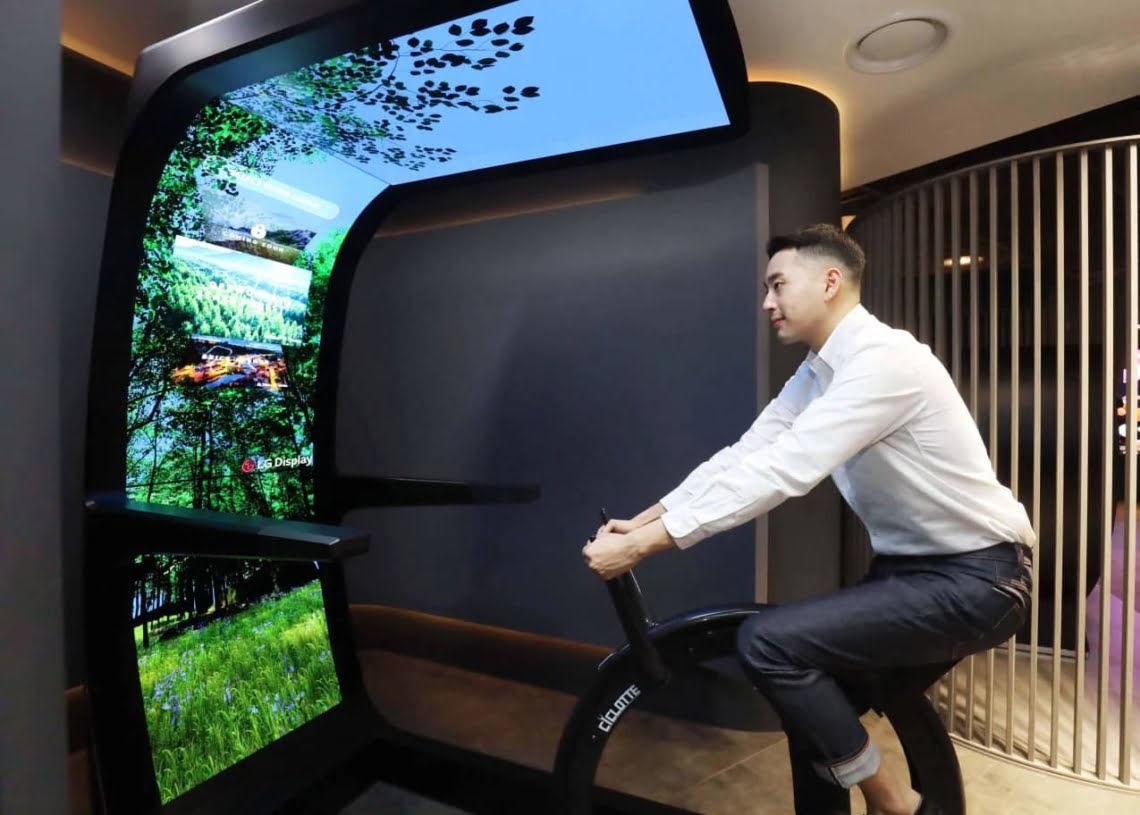 Last January (CES2021) LG Display revealed its intentions to popularize a new curved and / or transparent OLED screen technology. Today they take it further, and at the next CES 2022 they will present two products perfect for this new generation of screens that are so large and immersive.

Staying fit and healthy can be difficult for those of us who spend most of our time sitting at a computer keyboard. Indoor bikes are an excellent way to get your heart (and legs) in motion, but running miles without a place to go can get boring.

A single screen on the front has improved things a bit, but it doesn't feel immersive enough. A more immersive environment and maybe an on-screen coach could make it more effective. This is where Virtual Ride, the concept of LG Display which uses a curved OLED screen technology to “wrap around” its users.

The viewing platform combines a single curved OLED panel (itself comprised of three 55-inch panels) into an R-shaped frame.Placing bright, well-colored images of green countryside or charming country trails in front of a cyclist sitting on a captivating stationary bike, the atmosphere changes dramatically. The blue sky and fluffy clouds above add the "perfect" illusion of movement.

The company reports that the curved OLED used for the concept has the highest bend radius in the world (50cm, or 19,6 inches). In the release I also read “OLED displays provide unprecedented lifelike colors with their vivid picture quality. It really feels like riding a bicycle out in a forest or on the streets of a European village. " Would you try?

Apparently they are right, even if I would prefer to wear a virtual reality headset ... not to mention the best option: go out in the real world.

At the end of the workout, a little TV.

After a good workout (still indoors, though) you may want to rest in a comfortable chair and watch TV while you catch your breath. Nemo problem: LG Display has also thought of a new immersive armchair.

Here the curved OLED screen is positioned in front of an upholstered recliner, in a kind of aluminum structure. The radius of curvature of the screen is the same used in the Virtual Ride concept and incorporates integrated audio technology that allows the screen to function as a speaker.

The armrest of the chair contains some buttons that allow the user to switch from the traditional horizontal perspective to a vertical layout: otherwise how does he zap (sorry, swipe) with Tik-Tok?

The experiences of using content change, and even companies adapt to “solitary” and on demand experiences. However, a future remains in which the old “TV in the living room” will be replaced by an entire TV wall.

For now, both concepts based on curved OLED do not indicate a release date: we will see if LG will mention it in January, CES 2022 is now looming. 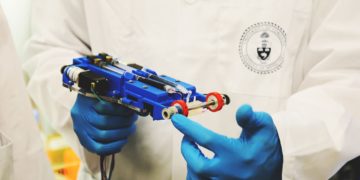 Great possibilities from using a bio-ink. A portable human skin printing device to repair wounds and test drugs: in the future ...