Burger King's first 100% vegetarian restaurant opens in Madrid. A sign of the times, which will lead the way for other similar initiatives. 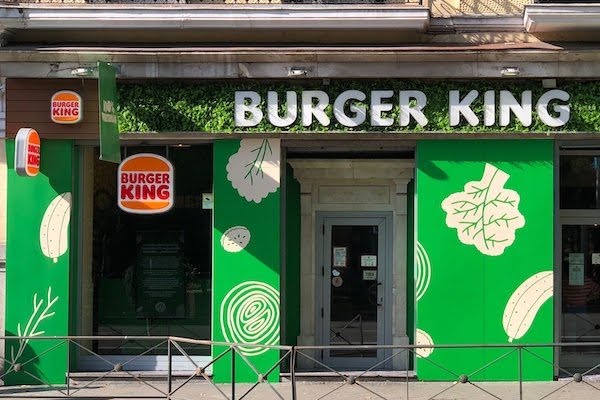 in Society
⚪ Reads in 3 minutes

For years, the most vegetarian dish in various fast food chains has been French fries. You can do much better, and under the pressures of new trends, industry giants have started adding plant-based dishes to their menus.

Among the former is Burger King, which for fast food represents what Pepsi is towards Coca-Cola: a competitor? A sparring partner? The eternal second? You say. The fact is that in this the chain founded in 1957 has introduced before McDonald's an innovative product like the Impossible Whopper.

Of course, the home of the golden arches and the clown Ronald will not stand by for long: McDonald's is committed to positioning itself (indeed all in the UK) as the go-to place for vegans within the next three years.

After KFC and BK McDonald's also starts with Beyond Meat

McDonald's will have a vocal AI for its McDrives

Very good, but there is a fundamental error

Despite the (interested) "efforts" of these large companies, there is one thing that bothers true vegetarians a lot: the fact that plant-based dishes are fried in the same oil as meat products. This is one of the starting points of “Vurger King”, the first 100% vegetarian restaurant of the Burger King chain. No contamination, they ensure.

Also because the Madrid office, where the restaurant will rise, will not serve any meat-based products: plant-based whopper, plant-based nuggets and a whole new vegetarian sandwich, the Long Vegetal.

The restaurant's offer may not be perfect for everyone, but it aims to cater for 13% of Spaniards who have adopted a predominantly or entirely vegetarian or vegan diet, according to the numbers reported by a ThinkSPAIN opinion poll.

It is worth noting that animal by-products such as cheese and mayonnaise will still be served in some items, but diners may request that they be removed.

Aside from the veggie restaurant's green facade, its shrub-lined interior on the walls and ceiling, plus images of salad leaves and other plant-based ingredients, remind guests that this isn't your typical Burger King. And there it is: if you go in to eat only vegetarian food, you can't find the squares full of meat everywhere.

Burger King will experiment with the Vurger King idea in Madrid for a month. After that, he hopes to expand this vegetarian concept to other European cities in the coming months. "We want to reach both people who base their diets on plant products and those who eat meat but want to reduce their consumption," says a spokesperson.

How about? Will it work?