Natural materials and a screen that shows only what is needed and when it is needed: ShyTech sees the future of car displays. 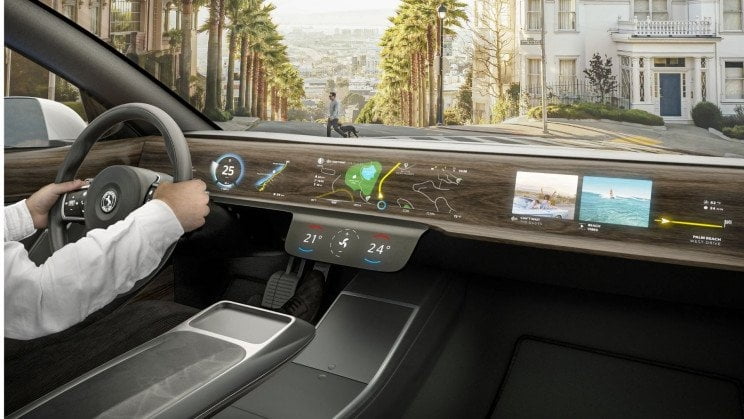 Drivers love to have a display that provides the information they need, but without being too distracting. And it is exactly the opposite of any currently expected car screen: indeed, the trend will be to increase visual stimuli.

Continental goes in the opposite direction with an innovative display solution called ShyTech: in short, a display that only reveals itself when needed.

A screen that knows when to show up

“The displays are the central human-machine interface in the vehicle,” he said in a press release Ulrich Lüders, Head of Strategy in Continental's Human Machine Interface business unit. He's right. The "immersive" screen that will adorn more and more vehicles must take into account the fact that there is still a human being driving. By force of circumstances, therefore, an "intelligent" screen must be immersive but "shy". Discreet, we Italians would say.

The use of materials such as wood, leather, carbon will ensure that the passenger compartment can also seem an essential living room that occasionally spares some notifications.

After all, at least for the driver, not all the messages displayed are always essential: “adaptive” behavior of the screen is much better. A device that perhaps “learns” the usage habits of each driver and shows (I give an example) the rev counter when it's time to race and the car's parameters when the climatic conditions become extreme.

The press release doesn't give much detail on how the screen works or its specs. He also adds that when the screen isn't needed, it simply isn't visible to the human eye, but goes into incognito mode. Mah. Anyway it seems interesting, you don't win the CES 2022 Innovation award by chance.

Systems such as ShyTech were built to answer two questions: How can sensory overload of vehicle occupants be prevented despite very large monitors? And again: how can display areas that are not used in a given situation be improved optically?

The systems of tomorrow will probably be born from the answers.