Solar cars are no longer a forbidden dream. Technology is advancing, and soon vehicles that require virtually no recharging may see the light. 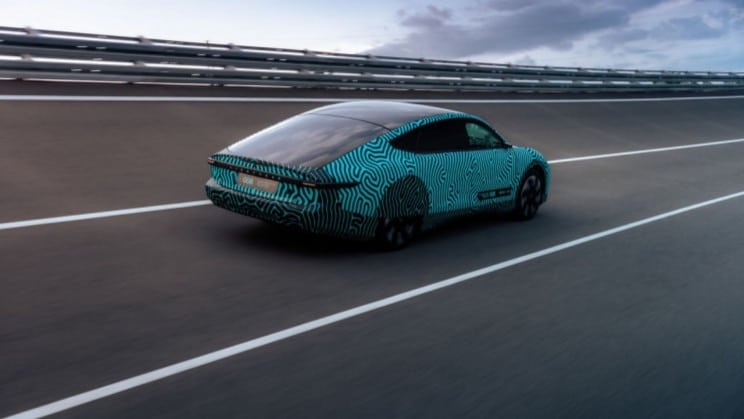 in Energy, Transportation
⚪ Reads in 4 minutes

The manufacturer of solar-powered electric vehicles Lightyear recently shared an update on the development of its Lightyear One (SEV) solar electric vehicle. The Dutch company has announced that it has successfully conducted 20 durability tests on its vehicle.

The target? Develop a car that can last for months without the need for recharging. Without the need to connect it often in current, the freedom of the owners and the sustainability of the vehicles will increase.

A car that doesn't stop for recharging?

Lightyear CEO Lex hoefsloot really believes in it, and in an interview surrender to Chris Young on Interesting Engineering he indulges in various indications: "already with our first model, in the Netherlands during the summer you can drive for months without recharging when you use the car for your daily commutes".

The numbers on the Lightyear website say yes. And they also suggest that we're not as far, as you might think, from seeing long-range solar-powered cars. The company says its first model consumes just 83 Wh / km, three times less than any other electric vehicle on the market today. Using the solar panels on the roof, it currently charges at a speed of 12km per hour. According to the Dutch company it is sufficient for the daily commute of many drivers, assuming that the average travel time in Europe is around 30 minutes (according to the European Commission).

Solar-powered automotive technology is, of course, only in its infancy: the charging system has a lot of room for improvement and will improve in the coming years. As Hoefsloot explains, the global push for sustainability in the IPCC's latest report on climate change makes people take SEVs more seriously than ever.

There are already several countries in Europe that want to ban the sale of combustion cars by 2030. This is great news, of course, but I think we need to focus more on the transition to solar cars. The design of even more efficient solar panels, for example, would be decisive for autonomy and charging times.

And Lightyear isn't the only company working on SEVs.

There are various startups that are focusing on designing efficient solar cars. Even some "traditional" car manufacturers are thinking of using panels to reduce charging times or improve vehicle performance. There is the German startup Sono Motors, for example, which is developing a vehicle with 248 solar cells integrated into its chassis. Hyundai is developing cars with solar roof options, with the ability to contribute 60% to vehicle charging.

A refill or two per year

One of the biggest obstacles to the advent of large-scale SEVs is the fact that solar panels currently operate with an efficiency of around 20-35%. This means that many more panels are needed to charge the vehicle, which increases weight and cost.

But solar cells are getting cheaper, and they provide clean, virtually free, side-effect-free energy. It is inevitable to think that the solar panels on cars will integrate the battery for charging: it is a question of independence. Just park and you are already refueling the car. Within 15 years we could arrive at a car that requires one recharge per year, or at most two.

Lightyear has already achieved two key milestones on the road to manufacturing its first commercial vehicle. In July, the company ran track tests that showed the Lightyear One prototype can travel 709 km (441 miles) on a single charge. The company aims to get the maximum range possible from a relatively small battery, which means the battery and solar panels aren't overly heavy.

Most recently, on October 18, the company conducted a week of testing of duration to ensure the safety of the Lightyear One. For these tests (shown in the video above), the vehicle was driven over rough terrain and pothole-filled roads to prove it can withstand real-world conditions.

We may still be a long way from seeing long-range SEVs on the roads of the world. Ditto for a vehicle that practically never recharges. However, with countries like the UK or Canada announcing bans on internal combustion engine cars by 2030-2035, the freedom offered by solar could simply accelerate the transition.