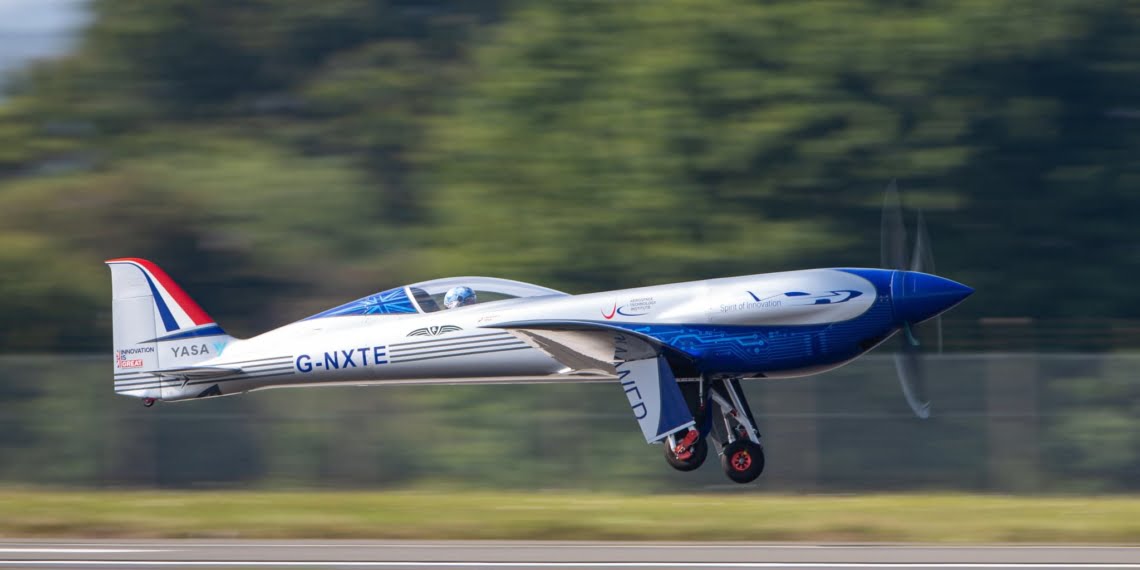 Spirit of Innovation, Rolls Royce's new electric aircraft, has managed to break the record for maximum speed in flight for an electric aircraft. A unique milestone, which marks a turning point for the company and 100% electric production.

Rolls Royce's plane flew at 618 kilometers per hour (384 mph), once again demonstrating the incredible power of modern electric motors. Technology is making huge strides and, if the record will be accepted, Rolls Royce will position itself among the most interesting companies of the moment.

La Fedération Aeronautique Internationale (FAI) must approve the flight and the record, so as to be able to "undermine" the previous winner.

"The plane will show the potential of electric flight and help unlock technologies that could make it a part of everyday life."

Rolls Royce's electric plane, the very young Spirit of Innovation, is fast both in flight and in the climb phase. Analysis of the test flight shows that he managed to climb about 10.000 feet in just 202 seconds, 60 seconds faster than the previous record holder.

All this is possible thanks to the incredible electric propulsion of its engine, associated with the "densest propulsion battery pack ever assembled in the aerospace industry".

The plane works through a system ion propulsion from 400 kilowatts, which allows it to reach speeds never touched before. What surprises most of all is its conformation.

Spirit of Innovation is entirely electric, and has the lowest pollution index in recent years. A real revolution for the entire aerospace sector.

The news of the new record

The news that Rolls Royce has managed to produce an aircraft capable of breaking the reigning record arrived in September. The device spent approximately 15 minutes in the air before disembarking and finishing its maiden voyage.

The goal achieved by the company demonstrates the enormous potential of the electricity sector.

We know it will take several more years before we can replace fuel-powered planes with electric ones, because the power of the latter is still not enough to support excessive weight, but electric planes could start to be used on shorter journeys. .

From the Rolls Royce press release, you can read phrases of hope and positive thoughts about the possibility of introducing electrical systems in daily transport.

In the future, we will find out who is actually right, and what the fate of the new electric-powered aircraft is.