Green steel: is it true glory? In the world, methods are flourishing to cut the emissions of the main heavy industry for CO2 emitted. 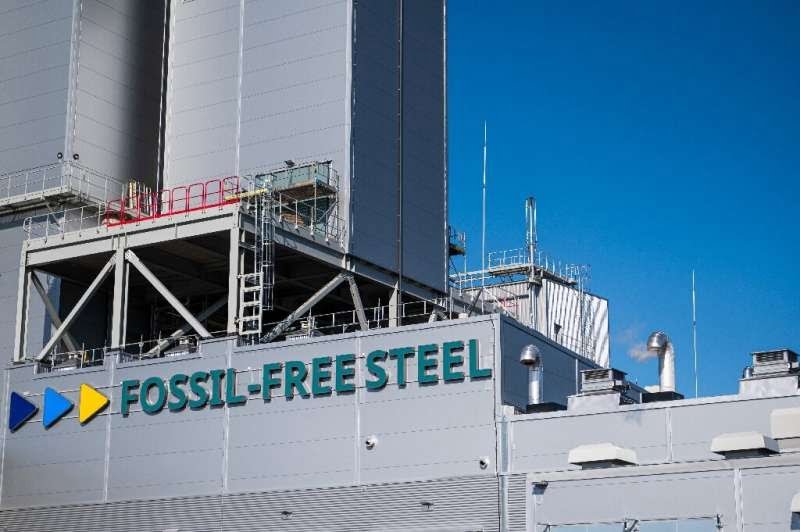 in Environment, Technology
⚪ Reads in 4 minutes

In a brand new building in the Swedish city of Luleå, steelmaker SSAB is using a new production method that could revolutionize the highly polluting steel industry by eliminating nearly all of its CO2 emissions.

Be warned, though: getting the method to work on a large scale presents great challenges, and this technique may not be as decisive as everyone hopes. Critics argue it could simply shift emissions elsewhere. Big trouble, huh? Finding ways to decarbonise steel, an indispensable component of modern industry, is one of the keys to drastically reducing emissions and meeting climate goals.

Steel, an elephant in a crystal shop

Among the heavy industries, steelmaking is the number one for CO2 emissions according to the IEA.

Remora, collect the CO2 from trucks directly from the exhaust pipes

La World Steel Association estimates that industry accounts for around 7% to 9% of human-caused emissions worldwide, with an estimated 2,6 billion tonnes of CO2 emitted in 2020 alone.

Below with the "green" steel. But how green is it?

In Luleå, the barren appearance of the new building stands in stark contrast to the nearby soot-covered blast furnace it is supposed to replace. With its distinctive orange glow of molten metal, blast furnace is the primary method of making steel today.

Changing technology from a normal blast furnace where we use coal and emit CO2, we end up with normal water instead. We can reduce emissions from steel production by 90%.

No Oxygen, No Problem?

The iron ore that comes out of a mine is usually rich in oxides, chemical compounds made up of iron and oxygen, the best known form of which is rust. To make steel, all that oxygen has to be removed, and in Luleå they do it a little differently. "Instead of using heated air, we circulate hot hydrogen gas," Quintero explains. Hydrogen, like the carbon in coke, binds with the oxygen in the iron ore, creating water instead.

Although the so-called direct iron reduction is not entirely new, the new plant (which is part of a project called HYBRIT) is distinguished by the use of hydrogen, produced by electrolysis, and by the electricity in the production process coming only from renewable sources.

If the pilot project works and is expanded, Quintero says, "we can in principle solve the root cause of the CO2 emissions."

Yet the challenges remain for green steel

In August, SSAB shipped the first batch of steel sheets, 25 tons, made with the new process, labeled as "fossil-free" to the truck manufacturer Volvo. It's a drop in the ocean compared to 1,86 billion tons of steel shipped by steelmakers in 2020, according to the World Steel Association.

But SSAB aims to produce 1,5 million tons of "fossil-free steel"per year starting in 2026, compared to its current production of 7,5 million tons per year. Can it be done faster? Who knows.

The biggest obstacle to large-scale production is access to electricity, especially that produced from renewable sources. To operate on a large scale, SSAB would need approx 15 terawatt hours (TWh) of electricity per year. For the "clean" extraction of iron, however, 55 TWh are needed. It's a lot. It's too much. To make you understand, the total represents about one third of the total electricity consumption of the whole of Sweden.

"It takes huge amounts of electricity, at a time when electricity production is already under threat," he says Christian Sandstrom, associate professor at Jonkoping International Business School. Sandstrom and two colleagues wrote an article in October criticizing the project and questioning the "fossil-free" label.

The real effect of this hydrogen-based steel is an increased consumption of electricity, and from what we can see there are no signs that the electricity is becoming totally "fossil-free".

Yet things keep moving. In February, the newly formed Swedish company H2 Green Steel announced plans to build a facility that would be operational in 2024. The Chinese company Hbis, the world's third largest steel producer, announced in May that it had started production at a demonstration plant for its direct reduction of iron using hydrogen.

Perhaps the method needs to be re-discussed, perhaps we still have to wait for more electricity from renewables, but many are betting that green steel will really be the future.