A new hydrogel-based system can make drinking water in about an hour without the use of energy and without releasing substances. In many parts of the world, access to safe water is a major unmet need. A new material that disinfects water in an hour may hold the answer. This is what a prototype of the University of Texas, Austin does.

The most common way to disinfect water and make it drinkable is usually to boil it. Many parts of the world lack reliable sources of electricity and modern equipment to do this job efficiently. New devices and methods (solar stills, graphene filters, chlorine dispensers) have been designed to clean water faster and more efficiently than previous methods, but they require electricity and may still require a lot of work. Other methods (such as the revolutionary electrospinning) are still being finalized.

Drinking water thanks to the hydrogel

For the new study, the researchers developed a relatively easy method which does not require energy to function. It is a hydrogel tablet that can simply be dropped into a container of water, where kills more than 99,999 percent of bacteria within an hour or so. The hydrogel can then be removed, leaving no residue or chemicals behind. The research was published in Advanced Materials magazine.

The tablets work by generating hydrogen peroxide, which works with activated carbon particles to kill bacteria by disrupting their metabolism, and make the water drinkable. The team says no harmful by-products are created in the process.

Not just drinking water "in tablets", however. These hydrogel purifiers could also find use in improving other techniques, such as solar distillation. A system that works by concentrating the sun's heat to evaporate water and collect it in another container, leaving contaminants behind. This equipment can become clogged with microbes, but the team says the new hydrogel could prevent it.

Although only small-scale tests have been conducted so far, the new hydrogels should also be fairly easy to scale, the researchers say. The materials and processes are inexpensive and simple, and the material can be molded into all kinds of shapes and sizes to fit specific use cases.

“Our multifunctional hydrogel can make a big difference in mitigating the global shortage of drinking water. It is easy to use, highly efficient and potentially scalable to mass production, ”he says Guihua Yu, corresponding author of the study.

The team says the next steps are to find ways to make the hydrogel capable of killing a wider variety of bacteria and viruses to make the water more drinkable and safe. 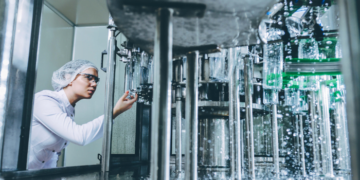 Among many good intentions (we appreciate, but await facts), the OSCE draws up a disturbing document. Within less than 40 years the production ...