The world is becoming more and more automatic, and we risk no longer ending up in the cog, but becoming one. Here's what you can do to avoid it. 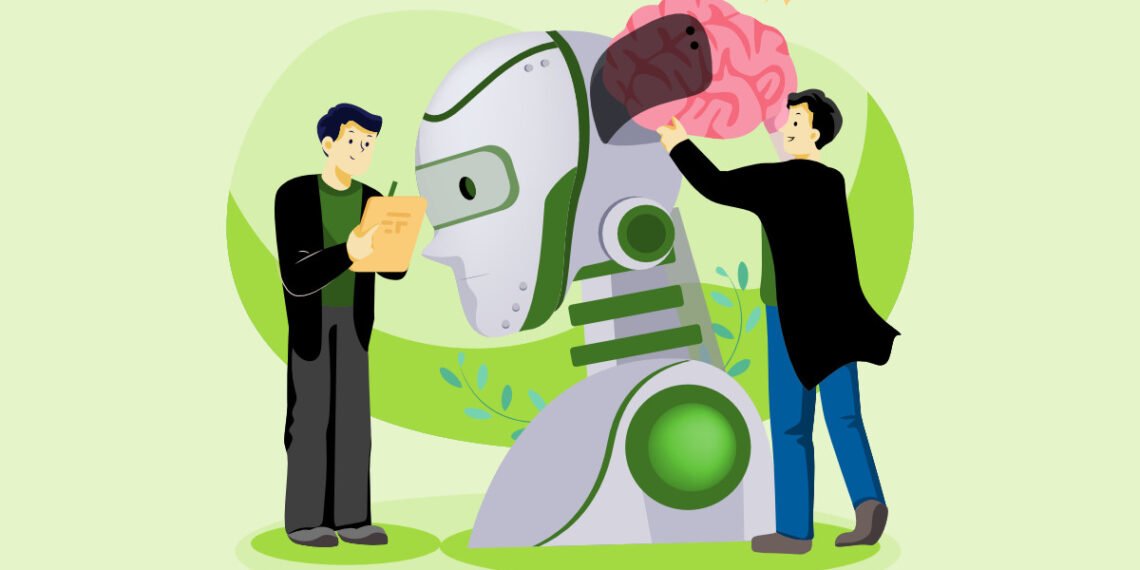 Futuroprossimo.it is increasingly visited. I'm happy about it, even if I'm a little afraid of polarizations: I feel pulled by the jacket by both techno-pessimists and techno-optimists. This blog tells the future, and therefore tells good things and bad things: who would like me to take a position is very wrong. How you do it? How do you decide whether, as a whole, the future is to be embraced or to be fought? Can not be done.

On the other hand, the debate between techno-pessimists and techno-optimists has been going on for centuries. When XNUMXth-century British textile workers, the so-called Luddites, vandalized the first automatic loom, they started a movement to oppose technology and its power to destroy jobs. Techno-optimists, on the other hand, insist that eventually more and more new jobs are created. It is true? And above all: will it be true this time?

An automatic world, a different world

What is certain is that the AI has already profoundly changed the way we live and work. It used to be a topic for science fiction writers, now it's part of our daily life. It shapes our buying decisions, our political views and the relationships we form. To the point that sometimes it is not clear if we are the ones who model and drive the cars, or if we are guided and modeled by them.

How can we be happy humans in an automatic world? A world increasingly built by (and for) machines?

Change to resist, change to survive

The themes of the techno-optimists are different: the first is that technology has always created more jobs than it has destroyed. The second one is that AI can help improve all jobs by eliminating the most tedious and repetitive tasks: the third is that AI and humans collaborate much more than they compete. Fourth is that, since human needs are unlimited, we will always find new jobs, even those that cannot yet be imagined. All these issues must be analyzed with caution.

1) Technology has always created more jobs than it has destroyed.

This is not necessarily the case. If you think of the early industrial revolutions, you will see that it generally took decades for workers to have good jobs and decent working conditions. History suggests that periods of technological change often improve conditions for elites and capital owners, but workers don't always benefit in the short term. Since the start of the industrial revolution in 1760, British corporate profits increased almost immediately, but it took more than 50 years for the real wages of British workers to rise. Artificial intelligence and the automatic world will also tend to affect those in low-income jobs, amplifying existing gender, social and racial inequalities.

2) AI can help improve all jobs by eliminating the most tedious and repetitive tasks.

It is not automatic that this is the case. There will certainly be a lot of "liberating" automation. But there is some evidence that AI can also make work much worse for some. Boring jobs, paradoxically, increase the stress at work. Because? In addition to removing hard physical work, automation can take away the fun by "stealing" parts of the jobs that workers actually enjoy from humans.

3) AI and humans collaborate far more than they compete.

4) We will always find new jobs, even those we do not imagine now.

Neither. Even this is not automatic that this is the case. There are many problems associated with "new jobs". There could be, of course, but perhaps linked to different geographical areas, or in any case involving people with different backgrounds. In summary, the fact that there will be new jobs does not mean that the current unemployed will find their jobs again. And then even new jobs could be underpaid.

6 "human" rules to compete in an automatic world

What is the key to survival in a world where an algorithm can decide a lot? And when I say “a lot” I mean “from those who have to get a loan up to the holding of our own social fabric (triggering social brawls to make money, any reference to facts or companies is purely wanted). The keystone in an automatic world is, of course, to do more training to keep up, but this can be done up to a point. Artificial intelligence will soon outclass the ability of individuals (and I believe also of many large groups, as well as companies) to understand and program it. Rather, it will be necessary to specialize as much as possible in the human characteristics that artificial intelligence cannot yet replicate, and perhaps will never be able to replicate. Here are some tips, inspired by the reading of a great optimist Techno who has now become a "meditative techno": Kevin Roose.

1 Manage the bond with others, improvisation and uncertainties

We are much better at handling surprises and operating in environments with little information and a lot of uncertainty. The "common sense" and resourcefulness can make us efficient even with poorly defined rules. We need to cultivate this difference. We are social beings who seek relationships with each other. The skills we need to develop consist of connecting with others, combining things creatively (math and zoology, graphics and popular music) and generating emotional experiences.

2 Resist the urge to become machines

The threat of an automatic world is not just external. There is also the threat that our inner world will become "automatic". Our nomofobia, for example, or the tendency to listen only to our "bubble" of friends and ideas, perhaps suggested by an algorithm. We have to work on autonomy, and take back some choices without delegating everything to filters and search engines. Choose. Maybe even things that are not convenient, or wrong, but do it yourself.

To cure our addiction to devices, we need to find a regularity away from the screens. Starting, for example, by stopping "phubbing", snubbing the people who are with us, instead of looking at the phone. Recent studies show that this behavior makes it more difficult to have pleasant experiences with others. Downgrading our devices doesn't mean deleting them, it just means preventing them from controlling us. Life is what we pay attention to.

In the automatic world of artificial intelligence, the hurry it is counterproductive: we will never be able to overcome an algorithm. We need to refuse to compete with machines and focus on leaving a personal signature on what we do. Artists and craftsmen (if they manage not to succumb to generative design) have a better chance of success in the future of work. The human footprint will greatly increase the perceived value of work. Invest in yourself, and invest in craftsmanship.

One thing to keep in mind to resist the automatic world: as far as possible, avoid being run by a machine. On the one hand, there are "Assisted jobs  from a machine ”where workers are simply supported by machines. On the other, there are “jobs managed from the car" . The difference may be subtle, but you can see it for sure. They are those jobs where humans are simply stopgaps. If you are being managed by machines, you are also probably producing the data that will help these machines replace us. Uber employees, Amazon warehouse workers: I love you, you are very useful, but alas. You already know.

Big networks are large-scale programs and policies that support people in an automatic world of uncertainty and transition. Unemployment benefits such as citizenship income, public health, UBI (universal basic income) are "big networks". Small networks are local structures of people who support each other. They serve like bread, both. If you are not a lawmaker (and you don't already have signed for the European basic income proposal) dedicate yourself to others.

Above all, the new humanism will be learning what is true and what is false in this automatic world. Good luck to all of us! 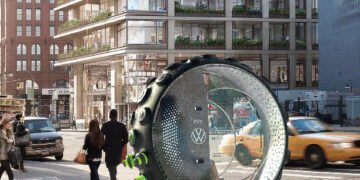 Volkswagen MUT. And it is a system of vehicles that can adapt itself as urban furniture. Border mobility solution ...