Everywhere: land, water and air. Microplastics are set to significantly influence climate change within the next 30 years. 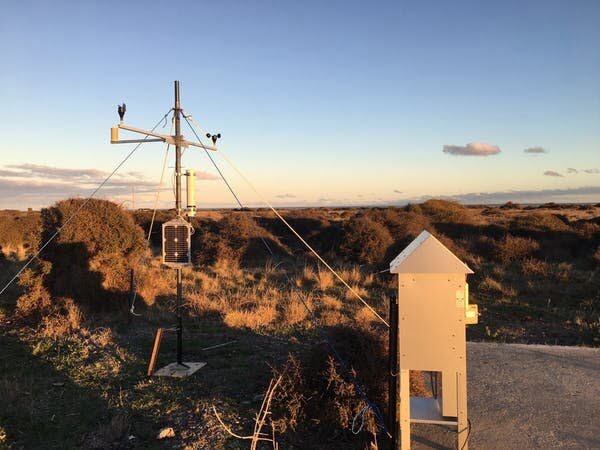 Microplastics, a HUGE problem. I've talked about it several times, and it's getting worse and worse. They are now found in the most remote places on land and in the ocean, as well as in our food. Now several studies around the world have confirmed that they are also present in the air we breathe, and affect the climate.

In research , published yesterday in Nature, a team of New Zealand researchers has shown for the first time how microplastics behave in the atmosphere, and how they contribute to climate change. Particles suspended in the air in the form of aerosols (dust, soot, sea spray) usually disperse or absorb sunlight. Microplastics do both.

A worrying phenomenon, still in its early stages

In this first study that finds the link between microplastics in air and climate change, scientists highlight how widespread microplastic pollution is and the potential it has to affect the climate on a global scale.

The current concentration of microplastics in the atmosphere (at least in that!) Is low and at this point it has still little influence on the global climate. But given the projections (which predict a doubling of plastic waste in the coming decades) the impact on climate change could become enormous if we don't act decisively.

Microplastics are tiny fragments or fibers that are lost during the degradation of larger pieces of plastic. They are fragments light enough to be carried by the wind over great distances. Recently, researchers confirmed the presence of microplastics in remote mountain basins, arctic snow and protected areas. Previously they had been reported in fruit and vegetables (incorporated during growth, from groundwater) and even in the placenta of pregnant women.

Other studies have shown that once microplastic pollutants enter the ocean, they do not necessarily remain there but can leave the sea with marine spray and, driven by wind currents, return to the atmosphere, and come back down. in the form of plastic rains.

This has led scientists to think of a plastic cycle: microplastics do not stay in the soil, rivers, ocean or air, but move between different parts of the Earth system.

The interaction between microplastics and climate change

The team initially thought that airborne microplastics would disperse sunlight like most aerosols, which act like tiny 'disco strobe balls' and reflect sunlight back into space. This has a cooling effect on the Earth's climate. Most types of aerosols in Earth's atmosphere scatter light, so in general aerosols have partially offset the warming of greenhouse gases in recent decades. An obvious exception is soot (or black coal), which absorbs sunlight well and has a warming effect.

Microplastics dispersed as a whole also contribute to cooling, but they can also absorb the radiation emitted by the Earth, which means that they contribute, albeit to a lesser extent, to the greenhouse effect and the resulting climate change.

The highest reported concentrations of airborne microplastics (thousands of fragments per cubic meter of air) were measured at urban sampling sites in London and Beijing. We still don't know how far microplastics got into the atmosphere, but an aeronautical study has found them at altitudes up to 3,5 kilometers.

This raises further questions as to whether microplastics can alter atmospheric chemistry and climate change. The extent of this influence varies according to climate models, which are limited for now.

It is estimated that to date they have already been accumulated 5 billion tons of plastic waste in landfills or in the environment. Within thirty years they will become 10 billion.

At that point they will become directly co-responsible, and to a considerable extent, for the consequences of climate change. 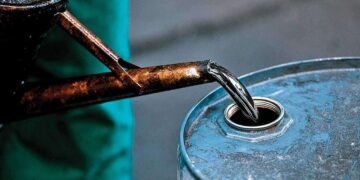