It's official: Meta is the name of the parent company that will include Facebook and the other platforms acquired and managed by Zuckerberg

The announcement had been in the air for a few weeks, only the details were expected: Zuckerberg's creature chooses a direction of absolute perspective.

Like Alphabet, Facebook also takes a step and "falls into the ranks" along with other services already activated or acquired in recent years. The "daughter" companies such as Facebook, Instagram, WhatsApp, Oculus, Messenger and others to come will all be under an umbrella called Meta.

Why Meta? The Greek word is a whole universe. It can indicate change, modification (metamorphosis), transposition (metathesis), transfer (metempsychosis), succession, posteriority, and, by the influence of the term metaphysics, overcoming of limits. Mainly though, Meta is the beginning of a word: Metaverse.

A word dear to Zuckerberg to the point of making it the goal of all its activities. The metaverse will be the complex of all the interactions we know today, but in an immersive environment.

It is also evident from the logo

A virtual "absolute", that of the metaverse, well represented also by the Meta logo. Its "M" moves like a crossed ribbon to form the symbol of infinity.

Augmented reality, virtual reality, social networks, smart glasses and new haptic interfaces: this is clear from the official site, if a new virtual world is born, with Meta Zuckerberg wants to be the host.

The 3D environment of the metaverse will allow physically distant people to work, socialize, play and communicate in real time in the same place.

The move, somehow expected, also has a "political" value: that of unhooking (and save) the company "former Facebook" from the criticisms rained on the Facebook platform. Criticisms on privacy, on user management, even on changes in our behavior.

A step sideways and up to make it clear that the Menlo Park giant is not just social, and it will be anything but.

It will be the next goal. 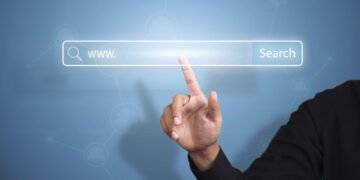