Several UK schools are introducing facial recognition for paying and eating in the school canteen. 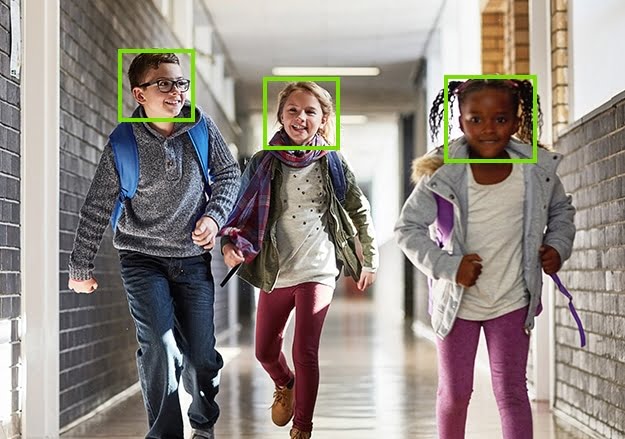 Facial recognition could soon play an active role in kids' school life, at least in the UK. Nine schools in the North Ayrshire area they will start receiving payments for lunches in the canteen and / or cafeteria by scanning the faces of students.

Show your face, pay for the focaccia

Facial recognition technology, say those introducing it (school authorities and installer, CRB Cunningham), should help minimize contact during the pandemic. I think it's primarily meant to speed up transaction times. It may seem like a "venal" requirement, but it also includes practical elements: for example, taking advantage of the few minutes of a lunch break to serve an entire school of hungry children in the canteen.

Before thinking about the issues we know well about facial recognition, you should know that 97% of the children (or of the parents, when the children were not of sufficient age) gave their consent to the solution. And again: many systems installed in schools were already equipped with fingerprint readers. In other words? Companies and schools speak of "a simple change in biometric technology, rather than a new level of security". Sara.

I am not worthy to participate in this table of the satisfied.

It is clear that enthusiastic statements are not enough for those who see these new technological applications with (even right, sometimes) suspicion. Both the Big Brother Watch and the UK Biometrics Commissioner argue that facial recognition is arbitrary. They fear that school implementations will normalize face scanning and "educate" students to accept privacy restrictions.

Charles III, today the proclamation. What will his kingdom be like?

After all, whether this is the aim or not, surely this is the result. If you grow up with this technology at your school, you won't object when it's out and about in airports, or stadiums, or on the streets. Or anywhere.

In "old Europe" and in the USA, one is mounted growing opposition to the application of facial recognition: yet each of those involved in the UK will show us both the feasibility and the pitfalls of this technology.