Flying machines that look like machines, not planes. In Israel, they are warming up, and they are ready to get serious starting as early as 2022. 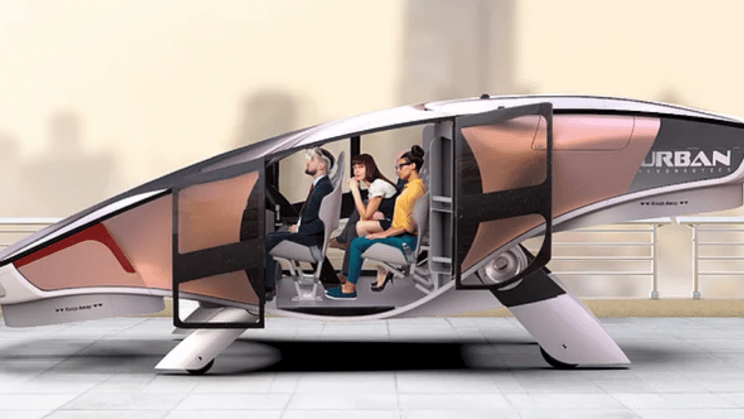 Almost every time we talk about VTOL concepts (vertical take-off and landing aircraft), we are faced with the scaled-down version of an airplane that can carry four to five people and some cargo. A company based in Israel, Urban Aeronautics, is determined to create the first of the flying cars that look like automobiles, without wings. And it looks like they're doing a great job.

Last year some VTOL models passed me: SkyDrive, City Hawk e Cyclocar. Their common feature is that their shape is reminiscent of the traditional design of a car. Aside from the promise of carrying more people for shorter trips, the biggest benefit of these flying machines would be that they don't require specific runways for landing.

Flying machines and where to create them

Nimrod Golan-Yanay, CEO of Urban Aeronautics, puts it on the practical side. At the beginning of the year he said simply that where competitors can land one plane, Urban Aeronautics can land four. Four to one and go. This not only allows Urban Aeronautics to transport more people in a limited space, but also means more revenue from the airport infrastructure. Few VTOL operators will be able to land their planes on the rooftops and streets of the city, which the Israeli company's flying machines promise to do.

The company's design choice also boasts a record for two other reasons. First, it does not include external moving parts that can accumulate ice or increase risks such as collision with power lines during urban flight. Second, and more importantly, these flying machines do not look to electric but to hydrogen. Urban Aeronautics has entered into agreements with HyPoint Californian company that has proprietary technology for storing hydrogen in carbon fiber cylinders on the car. With this technology, the Israeli team is confident of having a propulsion system with an energy density 20 times higher than electric batteries.

The lift of these aircraft is generated by completely closed counter-rotating ducted fans, positioned both in the rear and in the front. After years of testing, the company unveiled a sleeker exterior this year that can whiz at a top speed of 150 mph (241 km / h) with a range of around 100 miles (160 km). The noise levels? Quite acceptable, around 78 dB.

While the company aims to launch its new version of these flying machines by early 2022, there is a lot of work going on on the primary head-up flight display. A real "flight attendant" who will exploit the data of sensors at 360 degrees: all nice, but the company has not yet revealed the details of this, and so I take it with a grain of salt.

Who will be the first to adopt these new flying machines? In Urban Aeronautics they are sure: Dubai, already very interested in the phenomenon of drones and air taxis, will lead the way.

Let's see how it goes, in the meantime let's warm up the engines.