Since 2004, science has not been able to effectively repeat the incredible results of a study on the erasing of memories: today, however, it takes a good step forward. 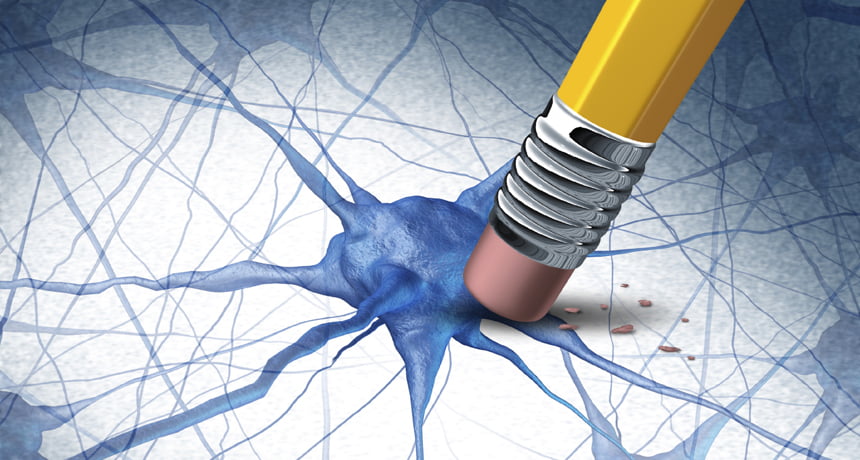 In 2004, researchers began exploring the possibility of altering memories and brain chemistry to help people with post traumatic stress disorder (PTSD) forget their trauma. Since then, those who work in this field have hoped for the development of mass treatment. Unfortunately, efforts to reproduce the promising early results have repeatedly failed.

Now, a team from the University of Cambridge announced to have tightened the circle around a specific protein known as a protein "Shank". They believe it may be responsible for those results that are difficult to replicate. Working on this protein can lead to the ability to completely change or erase memories, especially those that are particularly painful.

An ancient Greek legend spoke of a drug, Nepenthe, which made them forget painful memories. We hope this is a step forward on the path to treatment.

What are we talking about? Oh yes. Of memories. I forgot it.

Based on current knowledge, memories are divided into two different categories. The first stores concrete data such as names, places, faces and other basic information. The second involves capturing and retaining the emotions associated with particular memories. As a result, scientists began targeting the creation and storage of emotional memories to see if they could be altered or even erased altogether.

This led to the 2004 study, in which researchers showed that animals given propranolol "forgot" about a learned trauma. However (I also talked about it here), these results have proved particularly difficult to reproduce. But they paved the way for the Cambridge team to study.

In the presentation made to the conference 2021 dell 'European College of Neuropsychopharmacology (ECNP), Dr Amy Pelton and her team explained the basics and goal of their study. "Researchers have found that a particular protein can be used as a brain marker to indicate whether emotional memories can be changed or forgotten," the press release read.

In addition, the release adds, although this study was performed on animals, "the researchers hope that the results will eventually allow people with post-traumatic stress disorder (PTSD) to return to lead a more balanced life."

How the researchers proceeded

The Cambridge research team first needed to create painful memories in lab mice to perform their experiments. And it did so using a classic behavioral science method.

The researchers trained the mice to associate a click with a mild electric shock, to create a fearful memory, much like Pavlov did with dogs over a hundred years ago. They then reactivated these memories to the mice by letting them hear only the click sound. Finally, immediately after this 'reminder' they gave the mice an injection of propranolol. And they failed.

Like others who had tried to replicate the 2004 study, Pelton and his team found that shock memory hadn't been reduced at all. The mice continued to react fearfully to the clicking sound. Digging deeper, the team focused on the 'Shank' protein, which they say 'acts as a scaffold for the receptors that determine the strength of connections between neurons'. This protein, says Pelton, has to be degraded if you want to modify or delete a memory to which it is attached.

"We used the presence of the Shank protein to determine if the memories had become unstable in the first place," Pelton said, "and we found that they weren't."

The future of memories: "the infinite joy of the candid mind?"

In the study's conclusions, Dr. Pelton talked about the excitement around this discovery, but preached caution regarding the long-term applicability of this research.

These are really complex mechanisms and we must bear in mind that this is animal work; human brains are similar, but much more complex. We hope to reduce the unconscious impact of traumatic emotional memories, the kind of trauma that can ruin the lives of people with PTSD.

As for what form such treatments can ultimately take, Pelton remained cautious but confident.

It's hard to think that one day, like in the famous movie with Jim Carrey and Kate Winslet, people will choose which memories to be erased. Over time, however, science will begin to understand the factors that make some memories 'indelible' and others not. And this, regardless of the well-being (which I wish) for all PTSD patients, will bring us very close to understanding how memories are created and modified, and how the mind works.

It will be huge advances.

Time passes, technologies and methods improve, and the things that seemed impossible a little while ago are surprisingly within reach of ...