X-rays make another illustrious "victim", deciphering the secret letters between Marie Antoinette and her lover, censored at the time. 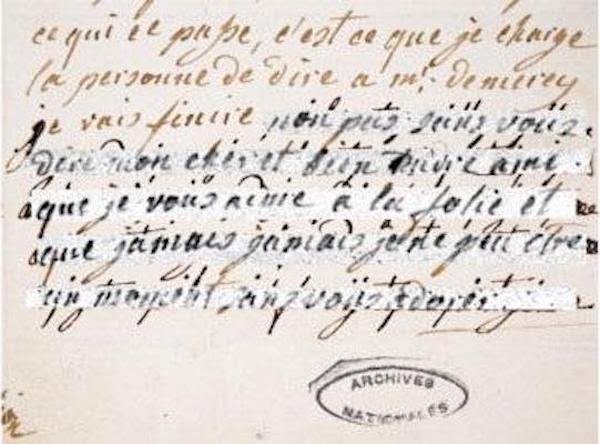 The technology applied to archeology intrigues me a lot: it is not projected to the future as to the past: yet, from these "new" discoveries on antiquity we always come out rich in more knowledge.

Forensic genetics, X-rays and mass spectrographers in recent years have worked miracles: they have "read" gods papyri of Herculaneum, decrypted the Mesopotamian cuneiform writing, "Open" and read letters of the Renaissance which otherwise would have remained closed, rebuilt i faces of ancient Egyptian mummies and so on. Today, they reveal a glimpse of "love" life that concerns a real star of the past: Marie Antoinette.

Those who watched "Lady Oscar" in their youth will know these historical figures well. When Marie Antoinette, the future queen of France, was preparing to marry King Louis XVI, her heart was raptured by another. He sent very personal messages to Axel von Fersen, a Swedish nobleman.

Some of his letters, now largely in the French National Library, were probably censored by an official who could cover a few words.

Peek at the heart mail of the Queen of France

Today, researchers are able to decipher communications that have been preserved for centuries. As reported by Smithsonian Magazine, scientists at the French National Museum of Natural History have discovered a method, which document in a study. This method could be used to uncover countless historical documents and even analyze fossils.

Despite the dangers of sending love letters, it seemed Marie Antoinette and the Earl of Fersen couldn't stop writing each other. Being too cautious, the Queen was annoyed that she had to send her messages in code, and worried about making mistakes.

The letters Marie Antoinette wrote to her lover were censored because they contained information on the political situation in France, and then… yes, in fact also because the Queen of France was actually writing love letters to someone who was not her husband.

The rediscovery of Marie Antoinette's correspondence

Some of Fersen's letters were purchased by the family from the French National Archives in 1982, although the researchers were unable to read the ink-covered parts. The team examined its chemical composition using a X-ray fluorescence spectroscopy, which produces unique fluorescent “fingerprints” for each ink used.

Knowing what the ink components are, they were able to develop algorithms that would maximize the difference between the various inks present on the letters between Fersen and Marie Antoinette: that of the original writing and that of the erasures.

Using this method, the royal team found that some of the queen's letters to her cousin were written in the same ink. The same ink was also used by the censor, who points to Fersen as the mysterious author of their correspondence.

What do the deleted parts say?

Despite the fact that there is no explicit mention of a physical relationship within the letters, many take notes as evidence of a love story that spanned several countries. It is also significant that Fersen deleted words like "loved", "tender friend" and "adore", alluding to his desire to keep their relationship a secret. “The omitted passages they are the most intimate of the correspondence between him and Marie Antoinette, ”he says Anne Michelin, a researcher on the team.

“Probably Fersen wanted to preserve this correspondence, important for him perhaps for sentimental reasons or political strategies, protecting the queen's honor and perhaps his ".

With this new technology at stake, after Marie Antoinette who knows what we will see in the future… of the past. 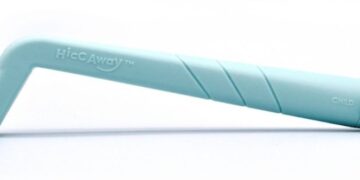 A neurologist invents a strange straw that eliminates hiccups. It works?