Over the past 100 years, an astonishing series of inventions has changed the world. What will be the next, able to change the future life? Here are 8. 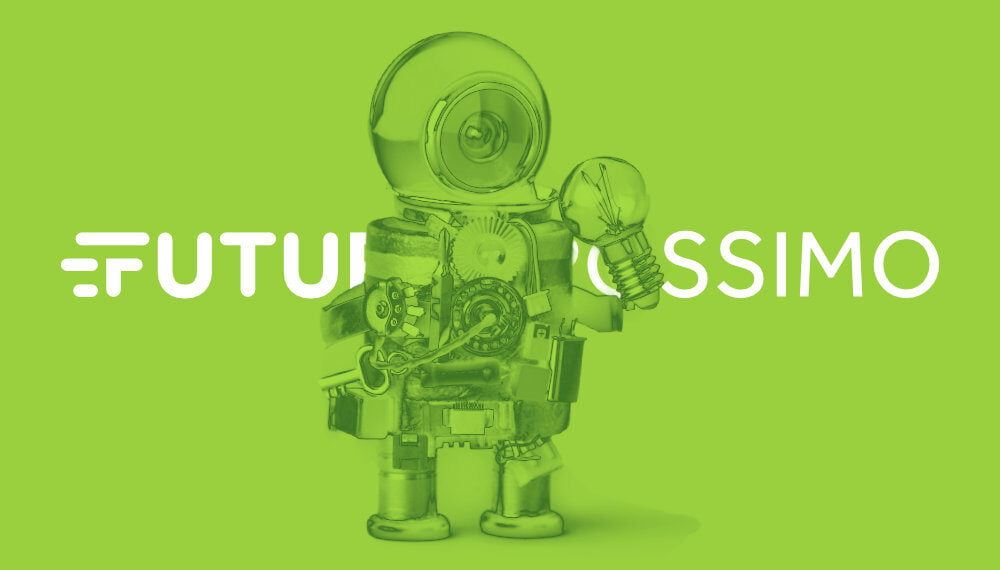 If we look back and reflect on the things that have changed in the last 100 years, it really makes you dizzy. Each of us has our own beliefs about the ideas or inventions that changed the world. The light bulb? The civil flight? The computer? The car? The phone? You are spoiled for choice. If instead we tried to think about the future life and the next 100 years, what would be the most decisive discoveries?

Let's try this little exercise. It is not easy at all: we live in a kind of great eve, this is my impression. These are years in which many revolutionary technologies are taking shape, and their explosion is expected at any moment.

Why imagine the future life?

Apparently it seems like a game, a speculative pastime to play with friends over a beer: we can do it (and soon I will do it in this post), but don't forget that these are predictions that are worth billions, and on which hundreds work today of investors and laboratories around the world. The difference between a decisive future technology and a failed meteor is a huge difference.

Let's try to be ahead of the times, after all that's the purpose of this blog. Tell me yours on the various channels we have (telegram, facebook, twitter, linkedin, instagram). Here is my list of technologies that will change our lives in the coming years. 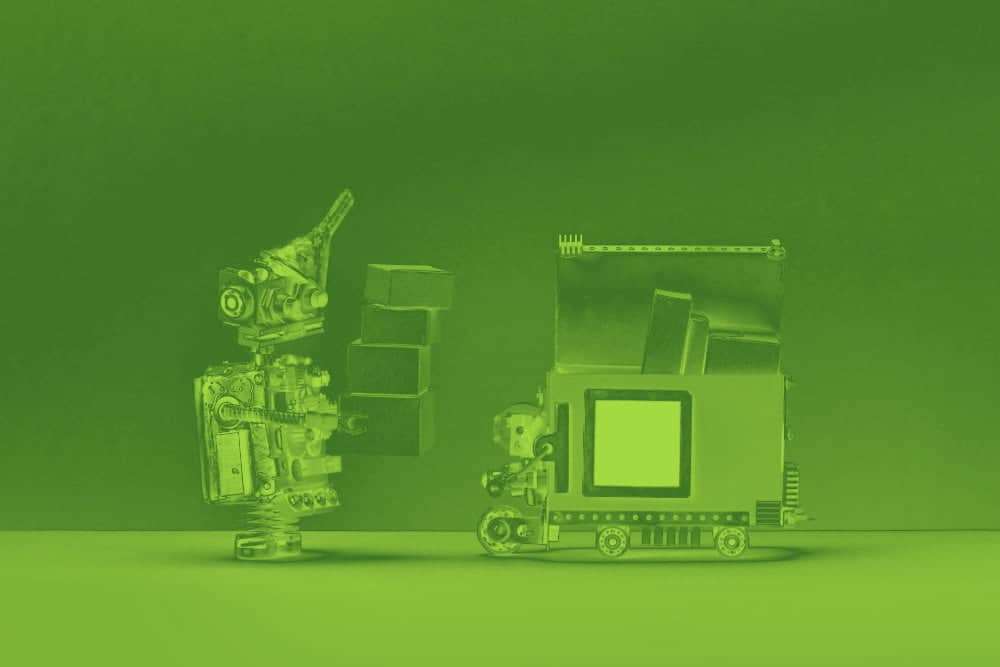 I am convinced that the autonomous transport it will be the most disruptive technology in all of history. Kill if I shot it hard, but I'll tell you. Everyone immediately thinks of cars and trucks: yet, these could be the very last of the vehicles that will become totally autonomous, whatever Elon Musk says. The environment in which they move is complex and unpredictable, for me it still takes some time for them.

But we have made many strides in other fields: unmanned rockets, for example. Already today, autonomous rockets carry satellites into orbit and supplies to the space station. Soon there will be too autonomous ships to deliver goods, followed by submarines. The planes are also practically autonomous, under automatic control for much of the journey.

In the future life, however, we will certainly also see fully autonomous ground transportation. And this will transform everything: our homes, airports, roads and cities themselves. Much more than things have changed in the transition from horses to cars. 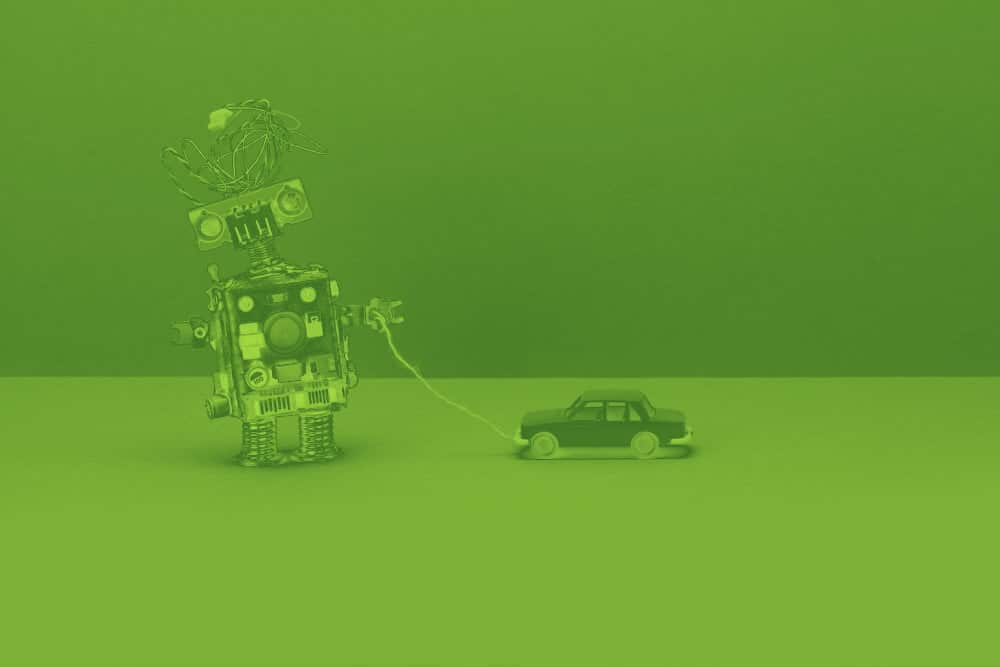 We cannot define it as an emerging technology: after all it is already very well launched. But theartificial intelligence it is certainly a "young" technology, which must be tempered. And we have no idea what it will do either, believe me. Everything from the most optimistic forecasts to deeper fears: each option is open.

AI will be part of almost all other emerging technologies, as it will increasingly become the basis of computer learning. Faster computers with access to more data will improve nearly every aspect of our lives - transportation, healthcare, business, homeland security, entertainment, and more.

Among the many applications, the future artificial intelligence will be a kind of utility

Just like water or gas, yes sir. It will be delivered to every home, office, device or vehicle in the world. There will probably also be different “packages”: by paying more you will have access to better intelligence, with more capabilities. We'll see. 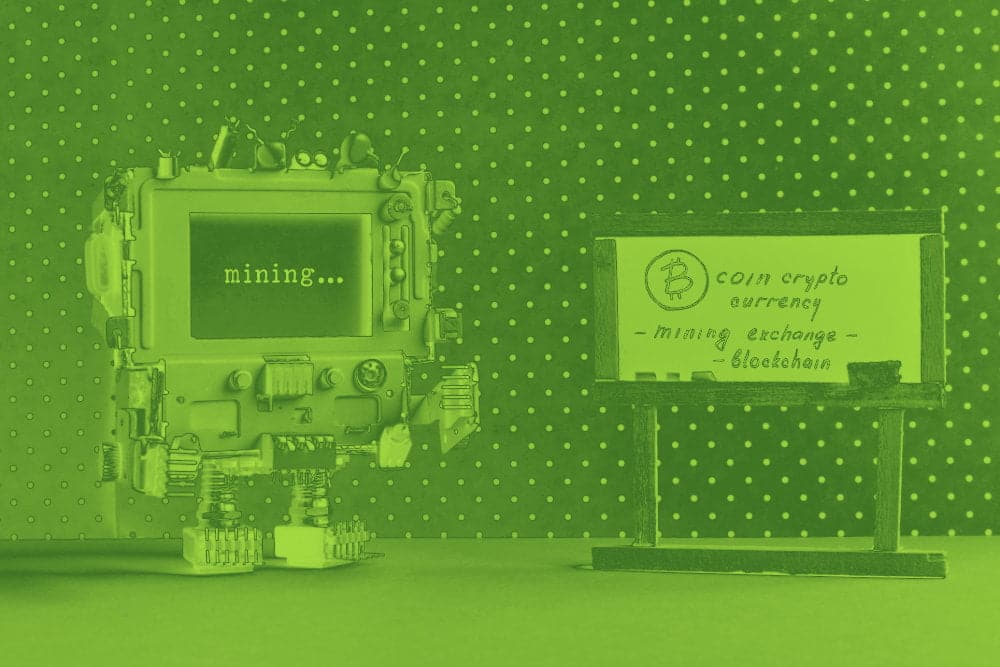 Technology blockchain it will soon become an element of our behind-the-scenes infrastructure for nearly any type of transaction that requires the transfer of assets or information. It is difficult to imagine an industry that will not be impacted. If an industry relies on contracts, financial transactions, personal identification information, or asset management, the blockchain will work in the background.

Is it the point of arrival? Unfortunately not.

Obviously, among the main applications of the blockchain there is the criptovaluta. The future one will be widespread and very simple, we will use it every day with many credit cards. State and non-state currencies of any kind will be added to Bitcoin and others (Ethereum, Dogecoin, Shiba). Already today, the crypto economy is worth 2 trillion euros, and is booming with governments only now starting to think about how to regulate it.

In the end we will all have digital wallets, with more than one coin, perhaps with different benefits or different ways of using it. No more paper, in the future life I can't imagine paper currency. Not even in Japan :) 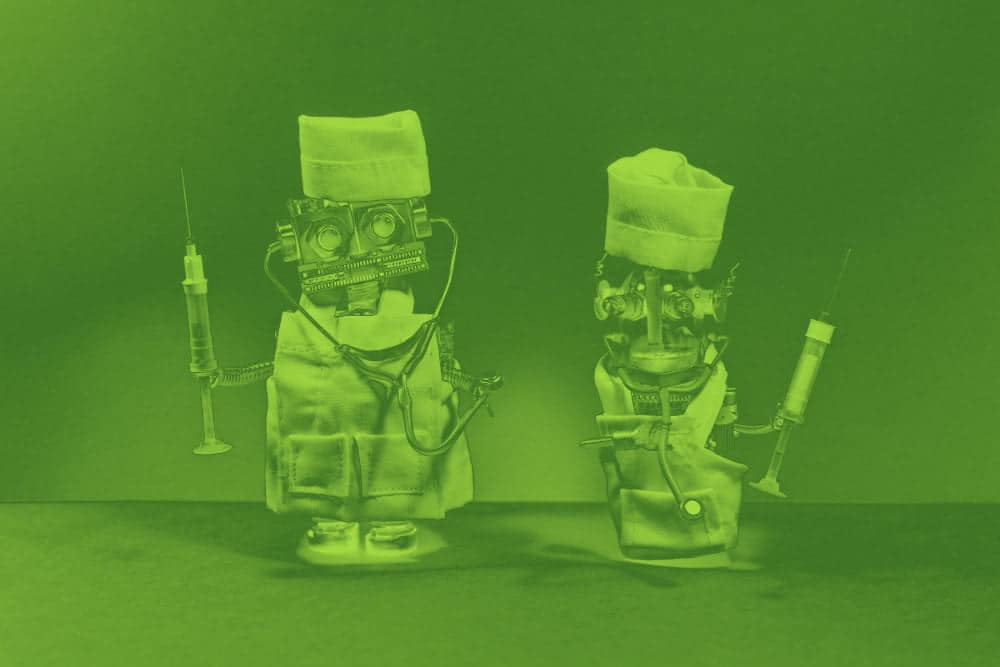 I often talk about these incredible "genetic scissors" that have yielded a deserved Nobel Prize to its discoverers. This method of editing DNA is already doing everything and more: last week I told you about the projects for resurrect the woolly mammoth combining its DNA with that of an Asian elephant.

Of other applications (even bizarre) I have spoken in this post instead: from wine that does not cause hangover headaches to spicy tomatoes, through hornless bulls. Yet it is only the tip of the iceberg: CRISPR and its "heirs" such as the RRL developed by Harvard it will change everything, reaching the ability to optimize human beings. I do not question the ethics or the goodness of these changes, I just say that for me there will be.

In a few years, a pregnant woman will be able to go to a geneticist to evaluate some "improvement options" for her unborn baby. This will obviously include the possibility of modifying critical genes, to reduce the likelihood of contracting diseases or suffering negative physical conditions. 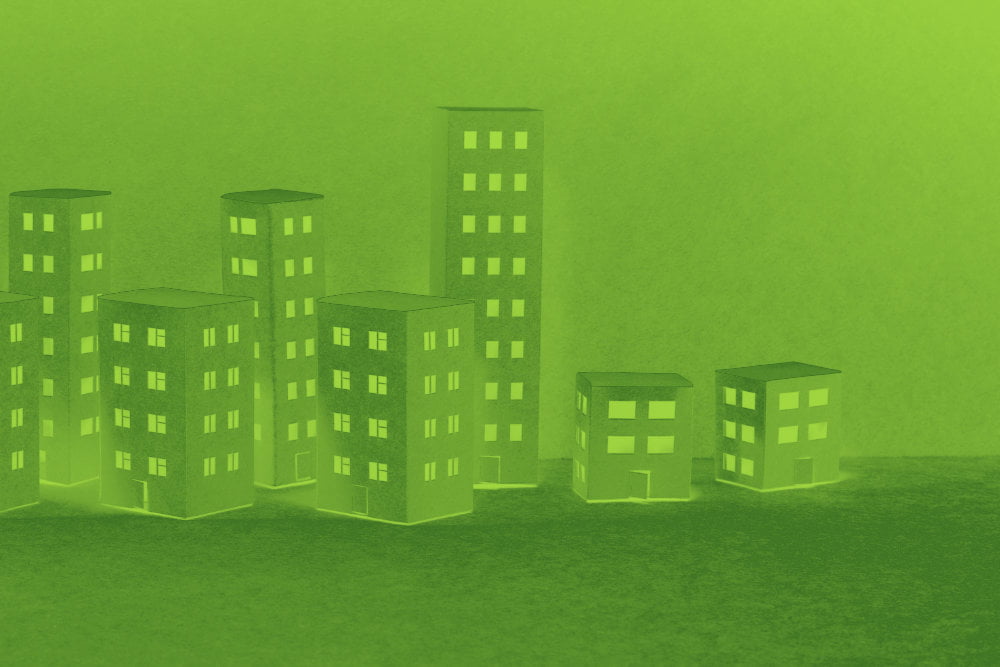 Zuckerberg is right a want to occupy it: this is one of the most fascinating advances. The metaverse is the next Internet, I am convinced of it. An internet with a very robust infrastructure, capable of hosting not just simple sites, but a real alternative reality to be experimented. Today we see only a few embryos of this future infrastructure: virtual environments, online games and remote offices.

Eventually, we will have metaverses (more or less detailed) like those hypothesized by films like The Matrix or Ready Player One. It is not a stretch to say that in the future life someone will take virtual vacations in the metaverse. You will pay a virtual travel agency to go to greenland, or experience the emotions of an African safari with sounds, views and travel companions: all in a metaverse environment.

The metaverse will be the point of arrival (or rather, of convergence) of the trajectories starting from virtual reality (VR, a virtual world with "only" images and sounds) and continue with augmented reality (AR, virtual objects superimposed on real environments). Now we are looking into the mixed reality (MR), where the real and virtual worlds are combined. This will begin to change the rules, first in games, and in its future version also in work and learning environments, especially in engineering and medicine. 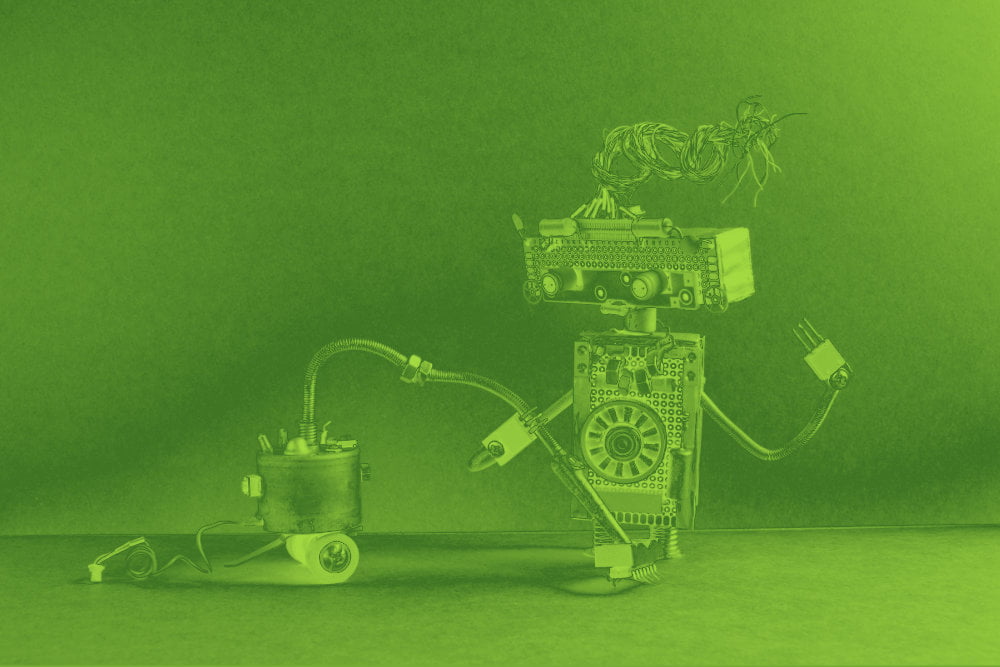 Despite the name, this innovation isn't as creepy as it sounds. One hears "biological robots" and immediately thinks of cloned human beings or something like that. Always remember that a "robot" is simply a controlled and programmable machine that can perform a complex task.

It will simply change the “packaging” of these robots. Instead of iron, circuits and cables, they will be made of biological tissue. Today they are experimented early versions of xenobot, "living" robots, such as small organisms and programmable. The first step will be to make them smaller for a crucial task: to bring medicine inside our body. Or perhaps to clear dangerous places of radioactive waste. From this point on, who knows, I can't predict what they might do or where they might go. But I know they will be a gigantic development in our future life. 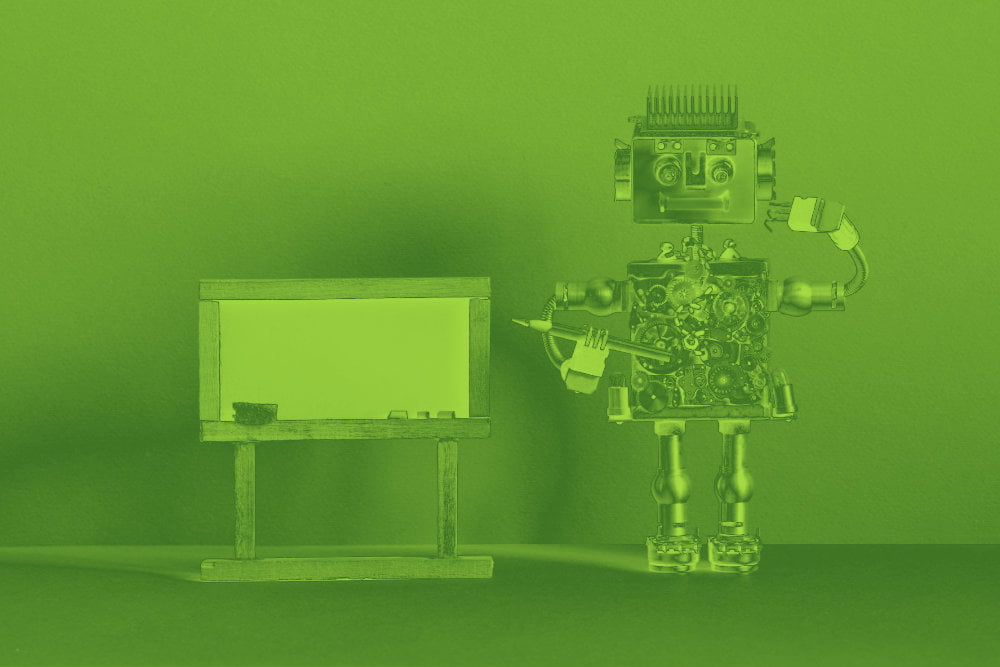 Education is an activity that works much the same way it did 200 years ago. Large classrooms full of students who are all taught the same thing and at the same, as if they were made in series, as if they were clones. But technology in the classroom is advancing rapidly, a great acceleration it has received in the last two years.

There will be many technologies that will change teaching future. We will have huge databases of didactic material, from which students and teachers will be able to derive unique paths, for hyper-personalized preparations and study plans. Above all, the learning will be personalized, to allow everyone to understand well and relate to me better. The metaverse (see above) will allow students and teachers to better compare themselves: lessons, group discussions, individual tutorials (with real teachers and also with artificial intelligences).

Preparation will be more efficient, and therefore faster. The time to learn the culture and the notions necessary for work and personal wealth will be reduced.

The same (perhaps even more pervasive) for personalized medicine.

The future medicine will be full of technical doctors and consultants who will collaborate with us observing us even remotely. They will collect data from sensors of all kinds, both wearable and internal to our body and our habits to help us prevent diseases and treat them, personalizing the therapies on our genetic profile. Hoping that they are accessible to all, of course. From cancer therapies to monitoring vital functions, personalized medicine will change access to care as we know it today. 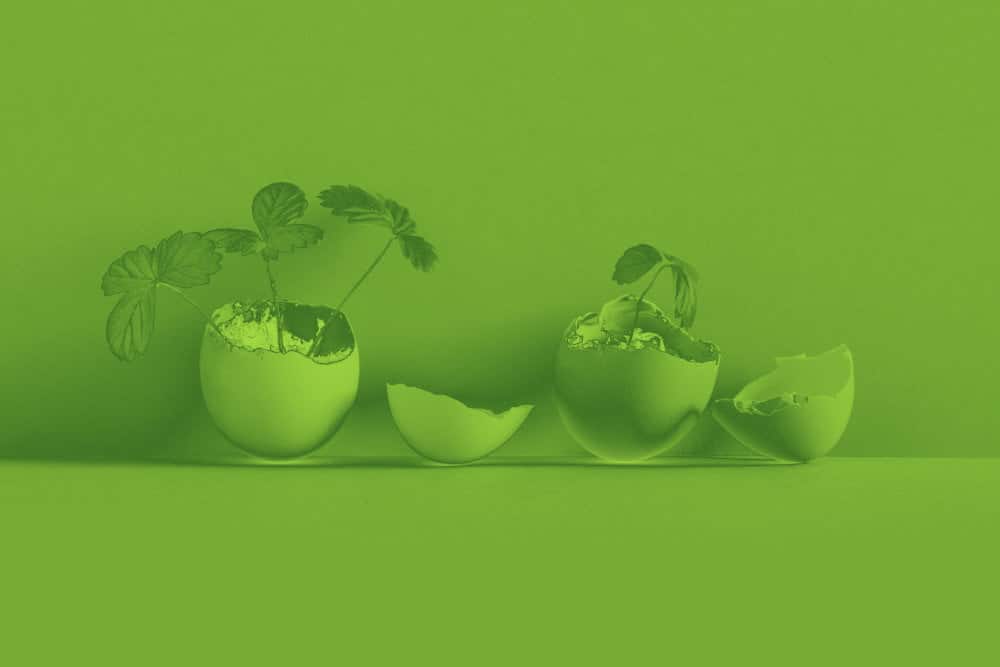 Lab-grown meat has already caught all the attention, but that's just the beginning. Soon we will have similar processes for other foods, for fabrics, for building materials: many things will be "grown" in the laboratory. We will have materials, both natural (fast growing) and engineered by us capable of having the same cellular structure as things that today are manufactured and cultivated only at the rhythm of nature.

This will be a huge, future ecological and social victory. Huge, believe me. We will no longer need extract diamonds, deforest forests or keep huge livestock farms, for instance. We will also have new sources for medical and health products such as breast milk, nutraceuticals, ointments and more.

If these technologies materialize, the future life will become unimaginable. In 100 years, someone could read the contents of this site and laugh out loud about how we saw the world. Or notice that we were right about certain things. How many of these 8 technologies will shape the world of the future?

At #CES 2017 in Las Vegas, the main event for technology enthusiasts, virtual reality will be very present. Between...