Science fiction often shows us ideas that are irreconcilable with physics. Others, however, which seem absurd, are theoretically possible: here are which ones. 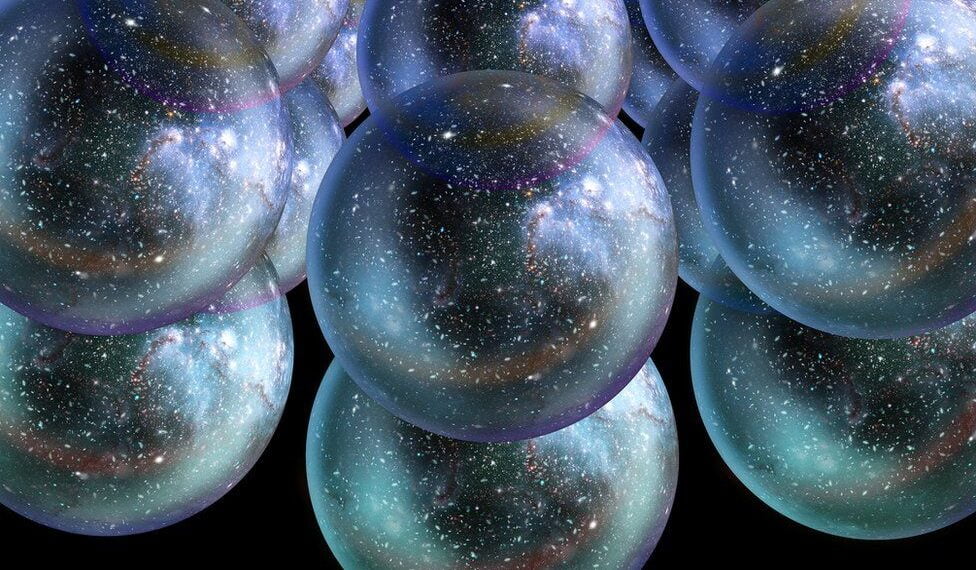 Science fiction novels and films are full of wacky ideas. Most of the time they are just background to the plot, without serious attempts to predict future trends in science or technology. And it's a shame, because science fiction doesn't predict the future, but it inspires it. Some of the concepts we find in movies and novels are simply impossible under the laws of physics as we understand them. Sorry, no warp engines. Yet these same laws seem to allow other seemingly far-fetched ideas. Here is a rundown of some science fiction concepts that could really be realized, at least in theory.

A wormhole (I know, I should call it Einstein-Rosen bridge) is a shortcut through space that allows almost instant travel between distant parts of the universe. Does it sound like a science fiction novel idea, perhaps born after two wrong beers? Yet it is a serious theoretical concept, which comes out of Albert Einstein's general relativity. In collaboration with physicist Nathan Rosen, Einstein theorized in 1935 that points of extremely strong gravity, such as black holes, could be directly connected to each other. And so the idea of ​​wormholes was born.

Of course, the forces around a black hole are expected to destroy anyone who approaches, so the idea of ​​traveling through a wormhole was not taken seriously. At least until the 80s, when the astrophysicist Carl Sagan he decided to make a science fiction novel out of it. Sagan did even more: he encouraged his physical colleague Kip thorne to find a viable way to travel interstellar distances in a flash. And Thorne found a way. Highly unlikely, sure, but possible. From there was born "Contact", a great book (adapted into a great movie with Jodie Foster).

As mentioned, wormholes are highly unlikely to ever become transport methods like in the movies. But two years ago the scientists came up with it a more viable way to build a wormhole than Thorne's original suggestion. And, if wormholes already exist in the universe, they could be located using the new generation of gravitational wave detectors.

A "classic" of most "space" science fiction is the ability to go from A to B much faster than we can do today. Aside from wormholes, there are several obstacles to achieving this with a conventional spaceship. Minor details, such as the huge amount of fuel required and the overwhelming effects of acceleration. As if that weren't enough, there's this little problem: the universe has a strictly enforced speed limit. It is the speed at which light travels. To be precise, it takes light a year… to travel a light year. And no, it's not great speed, you know? Proxima Centauri, the second closest star to Earth, is 4,2 light-years from the sun, but the center of the galaxy is a whopping 27.000 light-years away.

Thankfully, there is a (theoretical) loophole in the cosmic speed limit. As Einstein explained, space itself can be distorted, so perhaps it is possible to manipulate the space around a ship in such a way as to subvert the speed limit. The spaceship would still travel through the surrounding space at a slower speed than the speed of light, but the AROUND space would move faster than that.

This was what the writers of "Star Trek" had in mind when they came up with the concept of the "warp engine" in the 60s. But to them it was just a phrase that sounded plausible, not real physics. Until 1994, when the theorist Miguel Alcubierre found a solution to Einstein's equations. Sure, Alcubierre's solution is no less contrived than Thorne's traversable wormhole, but scientists they are trying to perfect it in the hope that someday it will be practical.

The concept of the time machine is one of the great gimmicks of science fiction. Should we summon it? I evoke it. Back to the Future, Back to The Future, guys. A fantastic trilogy, also known as the fair of logical paradoxes. For one thing: Doc would have built his own time machine if he hadn't been visited by the future Marty… with that same time machine? You already got a headache, right? It is because of paradoxes like these that many people find time travel impossible. Yet, according to the laws of physics, this is not the case.

Just like with wormholes and the curvature of space, physics tells us that it is possible to travel back in time. And this too comes from Einstein's theory of general relativity. Just as we talk about distorting space with a wormhole or a unit of curvature, time can also be distorted enough to fold in on itself, in what scientists call a "closed curve similar to time", but which for us ordinary mortals is ... a time machine!

In 1974, even the design of a prototype was published by the physicist Frank Tipler. Another physicist, David Lewis Anderson, describes research on the Anderson Institute, a private research laboratory. Called the "Tipler Cylinder", this tunnel should be at least 97 kilometers (60 miles) long and extremely dense, with a total mass comparable to that of the sun. To make it work like a time machine, the cylinder would have to rotate fast enough to distort spacetime to the point where time folds back on itself. Alternatively, most recently physicist Ron Mallett has developed another project: in his case, lasers would be substituted for the rotating cylinder. I know, it's not as simple as putting a channel flow into a DeLorean, but they have the advantage that they would actually work. At least on paper.

Here too science fiction has gone to a wedding, and here too my beloved "Star Trek" has had the lion's share. What an idea, right? Instead of the traveler moving through space from the starting point to the destination, teleportation creates an exact duplicate at the destination point while the original is destroyed. Seen in these terms (and at the subatomic particle level) teleportation is indeed possible, according to IBM.

It's called quantum teleportation. This process copies the precise quantum state of one particle, such as a photon, into another that could be hundreds of kilometers away. Quantum teleportation destroys the quantum state of the first photon, so it really looks like the photon was magically transported from one place to another. The trick is based on what Einstein called "spectral action at a distance," but is more formally known as quantum entanglement.

If this seems like a complicated process for even a single photon, you are right. It's complicated. And there's no way to scale it up to the kind of instant transport system seen in "Star Trek". Even so, quantum teleportation will have important real-world applications, such as hacker-proof communications and super-fast quantum computing.

The visible universe is a huge stuff: billions of galaxies expanding outward since the Big Bang. But is that all? The theory says "maybe not". There could be many, many universes. The idea of ​​"parallel universes" is well known in science fiction, but think: reality could be much stranger than we see in science fiction works. Apart, perhaps, "Not even the Gods", the wonderful novel by Asimov.

The key to understanding modern parallel universe theories is the concept of "Eternal inflation". This represents the infinite fabric of space in a state of perpetual and incredibly rapid expansion. Every so often a localized point in this space (an autonomous Big Bang) comes out of the general expansion and begins to grow at a calmer rate, allowing for the formation of material objects such as stars and galaxies within it. According to this theory, our universe is one of these regions, but there could be countless others.

As in Asimov's novel, these parallel universes may have completely different physical parameters from ours. Scientists once believed that only universes with virtually the same parameters as ours would be able to support life, but recent studies suggest that the situation may not be as restrictive as this. And could we detect these parallel universes? Who knows: the traces of other universes could be detectable for us by other means. Maybe it's not just science fiction. 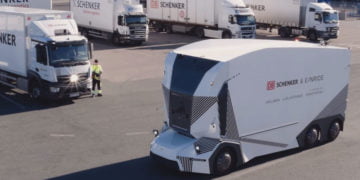 Virtually everything we buy reaches us by truck. The automation of the movement of goods through self-driving trucks will have ...